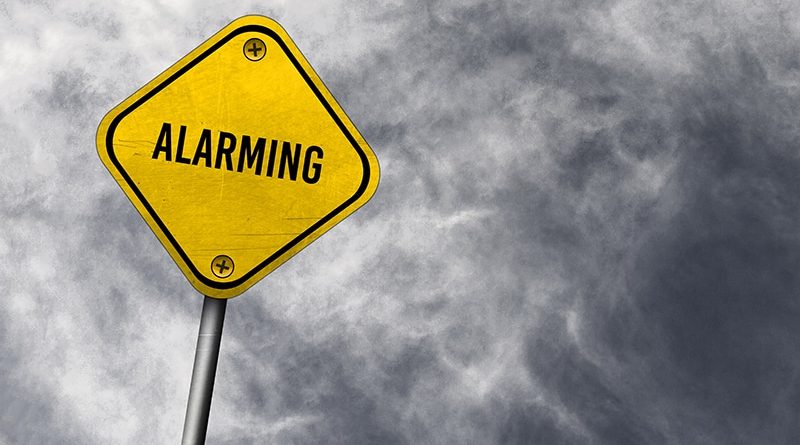 Newly published data show alarmingly high rates and severity of early diabetes-specific complications in individuals who develop type 2 diabetes at a young age. This suggests intervention should be early and aggressive among these youngsters, said a researchers.

The results for the 500 young adult participants in the Treatment Options for Type 2 Diabetes in Adolescents and Youth 2 (TODAY 2) study were published online July 28 in the New England Journal of Medicine by the TODAY study group.

At follow-up — after originally participating in the TODAY trial when they were young teenagers — they had a mean age of 26.4 years.

At this time, more than two thirds had hypertension and half had dyslipidemia.

Overall, 60% had at least one diabetic microvascular complication (retinal disease, neuropathy, or diabetic kidney disease), and more than a quarter had two or more such complications.

“These data illustrate the serious personal and public health consequences of youth-onset type 2 diabetes in the transition to adulthood,” say the researchers.

Don‘t Tread Lightly Just Because They Are Kids

“The fact that these youth are accumulating complications at a rapid rate and are broadly affected early in adulthood certainly suggests that aggressive therapy is needed, both for glycemic control and treatment of risk factors like hypertension and dyslipidemia,” study coauthor Philip S. Zeitler, MD, PhD, told Medscape Medical News.

“In the absence of studies specifically addressing this, we need to take a more aggressive approach than people might be inclined to, given that the age at diagnosis is young, around 14 years,” he added.

“Contrary to the inclination to be ‘gentle’ in treating them because they are kids, these data suggest that we can’t let these initial years go by without strong intervention and we need to be prepared for polypharmacy.”

Unfortunately, as Zeitler and his coauthors explain, youth-­onset type 2 diabetes is characterized by a suboptimal response to currently approved diabetes medications.

New pediatric indications in the United States for drugs used to treat type 2 diabetes in adults, including the recent Food and Drug Administration approval of extended-release exenatide for children as young as 10 years of age, “helps, but only marginally,” said Zeitler, of the Clinical & Translational Research Center, Children’s Hospital Colorado, Aurora.

“In some cases, it will help get them covered by carriers, which is always good. But this is still a very limited set of medications. It doesn’t include more recently approved more potent glucagon-like peptide-1 (GLP-1) agonists, like semaglutide, and doesn’t include the sodium-glucose cotransporter 2 (SGLT2) inhibitors. Pediatricians are used to using medications off label and that is necessary here while we await further approvals,” he said.

And he noted that most individauls with youth-onset type 2 diabetes in the United States are covered by public insurance or are uninsured, depending on which state they live in. While the two major Medicaid programs in Colorado allow full access to adult formularies, that’s not the case everywhere. Moreover, patients often face further access barriers in states without expanded Medicaid.

In TODAY 2, patients participated in an observational follow-up in their usual care settings in 2011-2020. At the start, they were receiving metformin with or without insulin for diabetes, but whether this continued and whether they were treated for other risk factors was down to individual circumstances.

At that time, nearly 50% were taking both metformin and insulin, while more than a quarter were taking no medications.

Six participants died, one each from myocardial infarction, kidney failure, and drug overdose, and three from sepsis.

Zeitler called the macrovascular events “shocking,” noting that although the numbers are small, for people in their mid-20s “they should be zero…While we don’t yet know if the rates are the same or faster than in adults, even if they are the same, these kids are only in their late 20s, as opposed to adults experiencing these problems in their 50s, 60s, and 70s.”

“The fact that these complications are occurring when these individuals should be in the prime of their life for both family and work has huge implications,” he stressed.

The reasons for the findings are both biologic and socioeconomic, Zeitler said.

“We know already that many kids with type 2 have rapid [deterioration of] beta-cell [function], which is probably very biologic. It stands to reason that an individual who can get diabetes as an adolescent probably has more fragile beta cells in some way,” he noted.

“But we also know that many other things contribute: stress, social determinants, access to quality care and medications, access to healthy foods and physical activity, availability of family supervision given the realities of families’ economic status and jobs, etc.”

It’s also known that youth with type 2 diabetes have much more severe insulin resistance than adults with the condition, and that “once the kids left…the [TODAY] study, risk factor treatment in the community was less than ideal, and a lot of kids who met criteria for treatment of their blood pressure or lipids were not being treated. This is likely at least partly sociologic and partly the general pediatric hesitancy to use medications.”

He said the TODAY team will soon have some new data to show that “glycemia during the early years makes a difference, again supporting intensive intervention early on.”

The TODAY study was supported by grants from the National Institute of Diabetes and Digestive and Kidney Diseases. Zeitler had no further disclosures.

Miriam E. Tucker is a freelance journalist based in the Washington DC area. She is a regular contributor to Medscape, with other work appearing in the Washington Post, NPR‘s Shots blog, and Diabetes Forecast magazine. She is on Twitter @MiriamETucker.