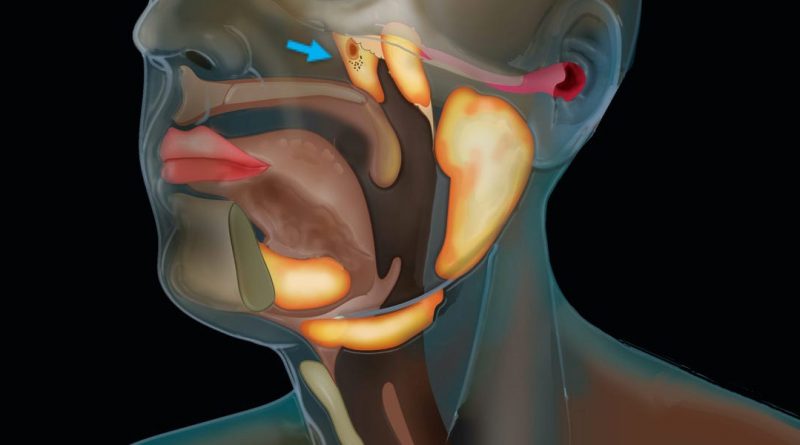 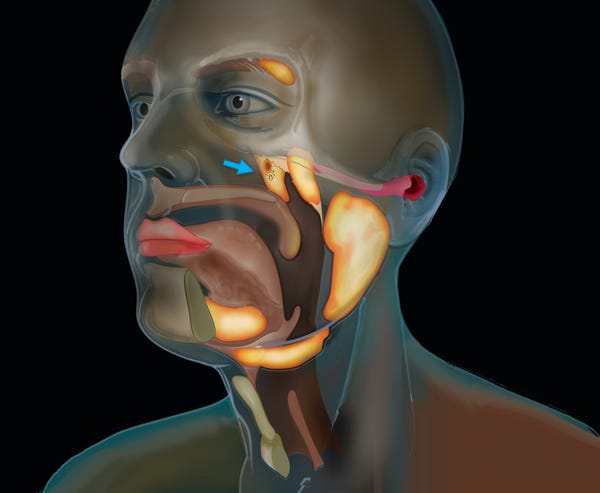 Doctors in the Netherlands may have discovered a previously unseen set of organs tucked away at the intersection of the nose and throat.

The doctors came across the glands by happenstance. An advanced scan of prostate cancer patients illuminated a surprise in the nasal cavity: two flat, spindly structures that looked curiously like salivary glands.

"People have three sets of large salivary glands, but not there," radiation oncologist Wouter Vogel said in a press release. "As far as we knew, the only salivary or mucous glands in the nasopharynx are microscopically small, and up to 1000 are evenly spread out throughout the mucosa. So, imagine our surprise when we found these."

A cadaver dissection revealed the mystery structures are indeed similar to known salivary glands, which are located under the tongue, by the ears, and behind the jaw.

In a recent study published in Radiotherapy and Oncology, Vogel and colleagues proposed naming the potential new organs "tubarial glands," based on their proximity to a bump known as torus tubarius.

More research needs to be done to determine whether these new structures are major or minor salivary glands, but the discovery of a previously unknown part of the body is exciting nonetheless, David Gudis, an otolaryngologist at Columbia University Irving Medical Center, told Insider.

These glands could explain some complications of radiation therapy

People who undergo radiation to treat head and neck cancers sometimes experience dry mouth or trouble swallowing, which can be a "real burden," Vogel said in a press release. He started his research with the aim of investigating and reducing these side effects, which led him to discover the new glands.

In an analysis of 723 patients who received radiation specifically targeting the area where the tubarial glands were found, those who received more radiation to the area were more likely to experience side effects.

Doctors typically try to avoid major salivary glands when delivering radiation therapy, but they didn't know they needed to spare this area until now. The next step is to figure out how to circumvent the new glands, especially when dealing with tumors of the throat and tongue.

Gugis, who was not involved in the study, said the discovery of these glands represents an exciting new frontier for ear, nose, and throat research.

The glands are located in an area that can be a source of chronic sinus and ear problems in children and adults, which can range from post-nasal drip to recurrent infections.

While kids may get chronic ear infections if they have problems in this area, adults are more likely to experience Eustachian tube dysfunction, or the feeling that their ears need to pop as if they were just on a plane or had water stuck in their ears, Gugis added.

The discovery also reminds doctors not to become complacent in their understanding of the human body.

"I think this is a nice reminder that even things as simple as basic human anatomy still leave a wealth of puzzles to be uncovered and solved," he said.