Home » Health News » Sarah Michelle Gellar Says Her Kids Watch Buffy Now: ‘They Are So Into It’ 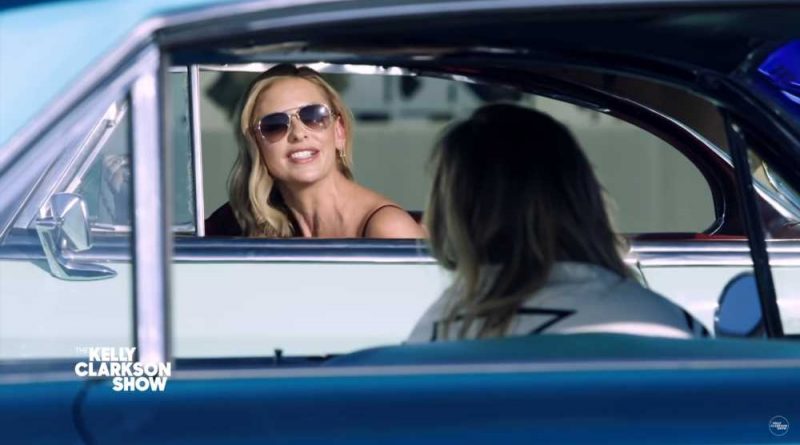 Buffy the Vampire Slayer has a new fan club!

Sarah Michelle Gellar, who played Buffy on the hit series, appeared on The Kelly Clarkson Show Wednesday for a "DRIVE IN-terview," where she discussed her kids' newfound love for the supernatural show.

The mom of two explained that her kids, daughter Charlotte Grace, 10, and son Rocky James, 8, had never seen Buffy and decided to give it a try while at home during quarantine amid the ongoing coronavirus pandemic.

"We just started. I had never thought to show it to them," Gellar, 43, admitted.

"They asked during quarantine, we were trying to find shows to binge, and I was like OK I didn’t even know if they’d be into it, but they are like so into it," she continued.

Gellar, who shares her two children with husband Freddie Prinze Jr., went on to tease that she's "the world's biggest disappointment" because she doesn't remember certain things from filming the show.

"They’ll always ask questions and I’ll be like ‘I don’t remember I’ll have to text someone and ask,'" she said. "They think they know it better than I do at this point."

However, Gellar said she did find a silver lining to watching the show with her kids.

"My son actually thinks that I’m cool now," she said with a laugh. Buffy the Vampire Slayer aired for seven seasons before wrapping in 2003.

Not only did Gellar take part in rewatching the series, but she also channeled her former role earlier this spring by rewearing on one of Buffy's famous outfits.

In May, the actress slipped back into the cream-colored prom dress she wore on the 1997 season 1 finale of the hit WB series, for an epic throwback post on Instagram.

"All dressed up and no where to go," the star captioned the photo, in which she posed in the gown while standing in her home. Gellar paired the flowing frock with a leather jacket just like she did on the fan-favorite series.

The only thing missing from her throwback ensemble was the crossbow Buffy used while battling The Master (Mark Metcalf) on the series — a confrontation that famously led to her death before her bestie, Xander (Nicholas Brendon), brought her back to life.

"'I say we party'," she added, quoting the episode and adding the hashtag of its name, "Prophecy Girl."