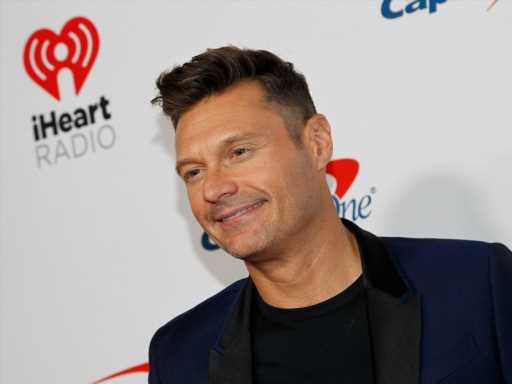 Ryan Seacrest feels like a family member at this point, serving as a comforting presence that’s been on our screens throughout the years — from hosting American Idol to E!’s Live From the Red Carpet. Even though we’ve watched him interview hundreds of celebrities about their lives, guest host Lisa Rinna — who appeared on a recent episode of Live with Kelly and Ryan — just asked some of the juiciest questions we’ve always wanted to know about the beloved media personality.

The Real Housewives of Beverly Hills star put Seacrest in the hot seat, and pressed him with questions about his personal life on the August 10 episode. “What about kids?” Rinna asked Seacrest, jumping right into it (we can’t expect any less from a RHOBH main player, can we?). “Do you want kids? I mean, I’m getting very personal with you, I’m so sorry!” Seacrest laughed and shook his head in agreement. “I want to know about Ryan Seacrest, I do!” Rinna explained.

If you’ve never given much thought as to whether or not Seacrest considered having children and starting a family, his answer might surprise you. “I think having kids at the right time would be great,” Seacrest said. He referred to his own family — including his mother, father and sister Meredith — as he thought about having his own. “I have a fantastic family, a very small family,” Seacrest continued. “Mom and dad, Meredith … I have a niece, she has a daughter, my parents are married 52 and a half years, so there’s a high bar. So that’s in my head.”

Seacrest is currently dating model Aubrey Paige. And while there may not be a baby on the way for the pair right now, his response was super sweet!

These are some of the reality-TV alumnae we love to follow as they tackle motherhood.