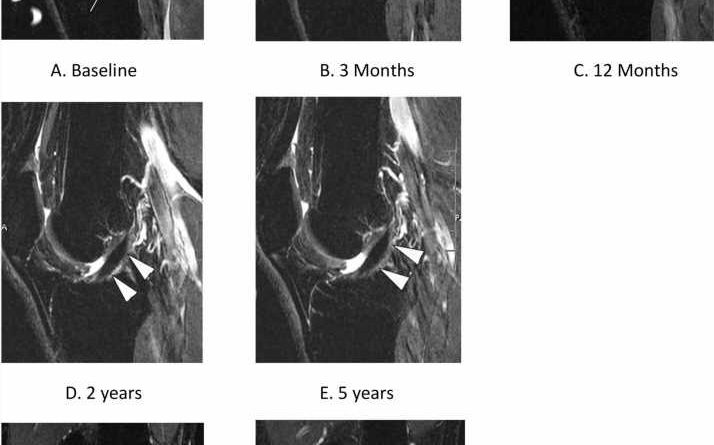 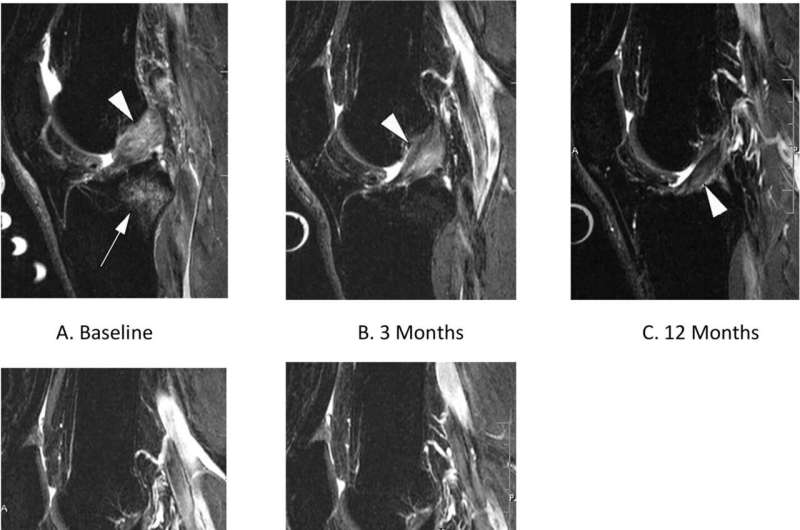 Anterior cruciate ligament (ACL) ruptures can heal without surgery and this could be key to better patient outcomes, according to new findings challenging the common notion that an ACL injury cannot heal.

Published in the British Journal of Sports Medicine, the study analyzed trial data and found some ruptured ACLs healed after exercise-based rehabilitation, and that this healing was associated with better patient-reported outcomes compared with ACL reconstruction surgery.

The study, led by physiotherapist and Senior Research Fellow at the University of Melbourne, Dr. Stephanie Filbay, undertook a secondary analysis of data from the KANON randomized controlled trial—the first to randomize people with ACL rupture to either management with early ACL reconstruction, or rehabilitation and optional delayed surgery. Participants in the trial were active adults—not professional athletes—aged 18–35 years.

The study found 53% of trial participants whose ACL ruptures were managed with rehabilitation only, and did not decide to have surgery, had a healed ACL on MRI two years after injury. Signs of ACL healing were observed as early as three months after injury on MRI in this group.

Two years after injury, a high proportion of participants (63–94%) with ACL healing on MRI were likely to feel satisfied with their level of knee pain, symptoms, function, and quality of life, compared to those in the non-healed or reconstruction surgery groups (29–61%).

ACL reconstruction involves removing the torn ACL and replacing it with tissue typically from the hamstring or patella tendon, in an attempt to replicate the native ACL. In Australia, Europe and the United States, ACL reconstruction surgery is the most common treatment for ACL ruptures, and the rate of surgery is increasing.

“We know some people do really well with rehabilitation and others end up needing surgery, but our ability to predict who will do well or why has been very limited,” Dr. Filbay said.

“Interestingly, very few people who decided to have delayed surgery had a healed ACL on 3-month MRI. No one in our study was aware of the healing status of their ACL, so this did not influence their decision to have surgery. This suggests the healing status of the ACL may be important in determining who will have a successful outcome following rehabilitation.”

There has been limited research into the possibilities of ACL healing and the link between ACL healing on MRI and patient outcomes, which may be due to the general assumption that ACL ruptures do not heal.

“We are now trying to understand who is most likely to experience ACL healing and whether specific treatments can increase the likelihood of ACL healing and provide a promising alternative for ACL-injured patients,” Dr. Filbay said.

“If further research supports our findings, the objectives of ACL injury treatment may expand to include facilitation of ACL healing.”