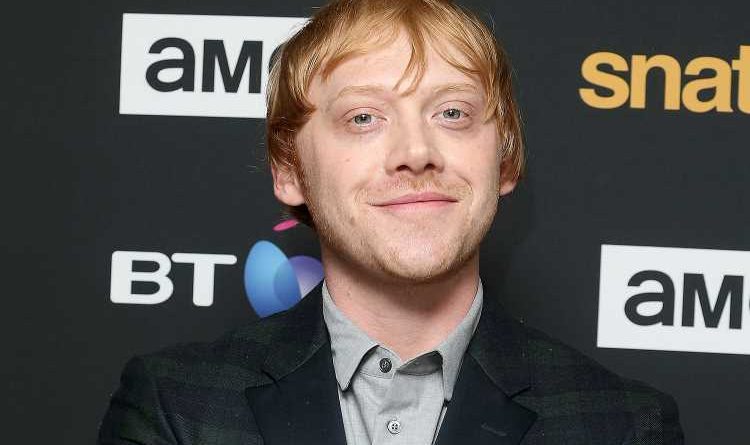 Rupert Grint has a confession to make.

Despite starring in all eight of the original Harry Potter films, the actor, 32, revealed that he hasn't seen most of them in an interview with Variety on Thursday.

"I've probably seen the first three at the premieres, but after that I stopped watching them," he said.

However, a Harry Potter marathon may be on the horizon for Grint, who welcomed his daughter, Wednesday, with his wife Georgia Groome, last year.

"But now that I have a daughter, I will probably have to watch them with her," he said. He also said he doesn't think fans of the original series should get their hopes up about the Weasley sibling making an appearance in the new Harry Potter series being developed for HBO Max.

"It'll be weird if it was a continuation kind of thing," he told Variety. "I weirdly feel quite protective of that character. Even when I saw the stage shows, it was a very strange experience… If it's like a different group of friends, I guess it would be interesting."

Since his daughter arrived in early 2020, Grint has been focusing on fatherhood. He recently opened up about his drastic shift since becoming a parent — including quitting smoking and focusing more on getting a good night's sleep — in an interview with Glamour.

He said he's "absolutely loving" being a father while admitting he's "still kind of coming to terms with what being a dad is."

Grint says welcoming a newborn during the pandemic was "interesting," noting that it has "made the whole experience even more intense and insular."

"It's just been us, working it out in a house. I feel a lot more — I don't know, weirdly relaxed," he tells the outlet. "It's been a very calming process for me. Obviously there are days when she is full on. But there's something really nice about the routine. It's got me in a good place, I think."

RELATED: Harry Potter Star Alan Rickman's Diaries Will Be Released as a Book

When asked whether he would let his daughter follow in his footsteps and become a major childhood celebrity, Grint says he would, if that was her dream.

"When I did it, my family didn't really know what that meant, the kind of sacrifices you do make and the consequences it has on your life. No one really knew the scale at which the films would reach," he recalls. "You do sacrifice a lot. Your anonymity is something you really do take for granted, and I wouldn't want her to give that up lightly."

"But I think I would, yeah — I had a great experience, and I have no regrets," he continues. "I would want her to do what she wants, but I think I'd be a real stage mum."