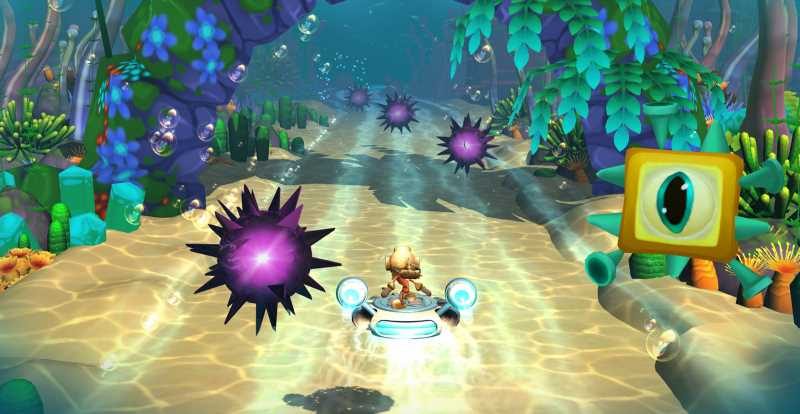 Leading global medical technology solutions innovator, GE Healthcare has launched the Thoracic Care Suite, which uses AI to scan for eight chest X-ray abnormalities, including pneumonia indicative of COVID-19, which is a key cause of mortality in patients who contract the virus.

The launch of the AI suite is a part of GE Healthcare’s larger effort to help ensure clinicians on the frontlines have the equipment they need to quickly diagnose and effectively treat COVID-19 patients. It will also feature an algorithm to detect tuberculosis, which according to the World Health Organisation, affects approximately 10 million people every year.

“The pandemic has proven that data, analytics, AI and connectivity will only become more central to delivering care. This new offering is the latest example of how X-ray and AI can uphold the highest standard of patient care amidst the most modern of disease threats,” says Kieran Murphy, president & CEO, GE Healthcare.

Akili announced that it has received approval from the Conformité Européenne (CE) to market EndeavorRx as a prescription-only digital therapeutic software intended for the treatment of attention deficit hyperactivity disorder (ADHD).

Delivered through a video game experience, EndeavorRx has been studied across five clinical studies with more than 600 children diagnosed with ADHD. This included a prospective, randomised, controlled study published in The Lancet Digital Health journal, which showed EndeavorRx improved objective measures of attention in children with ADHD.

While EndeavorRx is not yet available in Europe, the CE Mark enables Akili to market EndeavorRx in European Economic Area (EEA) member countries.

The CE Mark follows last week’s US Food and Drug Administration (FDA) decision, which made EndeavorRx the first FDA-cleared prescription treatment delivered through a video game.

“This approval provides a path for the future expansion into Europe and will allow us to offer a new non-drug treatment option to families of children living with ADHD.”

However, due to the app not being widely taken up across the eight boroughs and the lack of local NHS clinical resource, it no longer had the financial resource to be widely promoted and was consequently not able to generate key clinical content that residents once relied on.

Taking into account these concerns, the local NHS engaged with stakeholders and undertook an equality and health inequalities analysis (EHIA) screening exercise to consider the viability of Health Help Now. Stakeholders expressed the views that the lack of clinical oversight made the app clinically unsafe. Furthermore, It is understood that there were calls for the app to be stopped around three years ago.

Residents are now being encouraged to sign up for the NHS app, which offers NHS services such as repeat prescription ordering, appointment booking, symptom checkers, and advice about coronavirus.

Kevin Jarrold, joint chief information officer of North-West London Health and Care Partnership said: “Following the decision to close Health Help Now we need to concentrate on encouraging people to download and use the national NHS App which offers an excellent alternative that is backed by NHS England and NHSX.”

A new study published by npj Digital Medicine has revealed that digital mental health interventions have a significant long-term impact on anxiety and depression recovery.

The research was undertaken by digital therapeutics provider, SilverCloud Health, with the School of Psychology at Trinity College, the University of Dublin, and health economics analysis from the University of Sheffield.

With more than 360 service users in England on the Improving Access to Psychological Therapies (IAPT) programme involved, the findings are the world’s largest-ever study of its kind.

The study comes as mental health providers anticipate significant growth in disorders and anxieties linked to the pandemic and emerging as the lockdown continues to ease.

Psychiatric interviews of participants at three months after treatment found that, overall, 56.4% no longer had a diagnosis of anxiety and/or depression. A further decrease in symptom scores was seen after 12 months, on average a 50% decrease.

Judith Chapman, development director at Berkshire Healthcare, said: “The trial has demonstrated that digital treatment has a strong place alongside conventional face-to-face mental health therapy, which is not a second class treatment offer but a robust evidence-based and accessible treatment for the population, especially during the unprecedented and challenging times we are experiencing due to COVID-19.”

Somerset NHS Foundation trust has gone live with its e-prescribing and medications management solution from Better.

The trust, which was formed on 1 April 2020 when the Somerset Partnership and Taunton and Somerset NHS foundation trusts merged, is using OPENeP across its surgical services.

The move is an important milestone for the trust’s IT strategy, which is to integrate key systems using the Better openEHR platform and to add clinical functionality by using the Better Form Builder.

It has also supported the trust’s COVID-19 response and laid the foundations for launch across the trust’s medicine directorate later this summer.

Andrew Forrest, the trust’s CIO, explained: “We decided to pursue an open platform and portal-based approach to developing an electronic patient record.

“This offered several advantages, such as allowing us to create a central record and clinical data repository that we can use to feed the best of suite clinical systems that we are adding according to our needs and resources.”

Users of Clinerion’s Patient Network Explorer can review clinical trial statistics on an individual hospital level. Derived and mapped from multiple public sources, this new functionality allows for browsing, filtering, reviewing, and comparing site trial performance statistics. This will include breakdowns on studies by condition, trial phase and recruitment status.

“It is crucial, during site selection, to have as much information at hand as possible, to avoid expensive detours and dead ends,” says Ian Rentsch, CEO of Clinerion.

“Patient Network Explorer is becoming everything a sponsor needs to identify the right site for their trials.”

This week, a COVID-19 tracing software appeared in the settings of both Android and iPhones as part of a system update that will let future contact tracing apps measure the distance between two handsets.

Not to be mistaken for a tracing app itself, the “exposure notification” is a tool jointly created by Google and Apple that will enable contact tracing apps to send a notification if you have been exposed to COVID-19.

Apple and Google state that “Contact tracing apps will be developed by your local public health authority, not by Google or Apple.”

“Public health authorities around the world are building apps that use the Exposure Notifications System to help their contact tracing efforts.”

Once you opt-in to the notification system, the tool will generate a random ID for your device and enable an app to run in the background while still using Bluetooth. The tool is switched off by default.