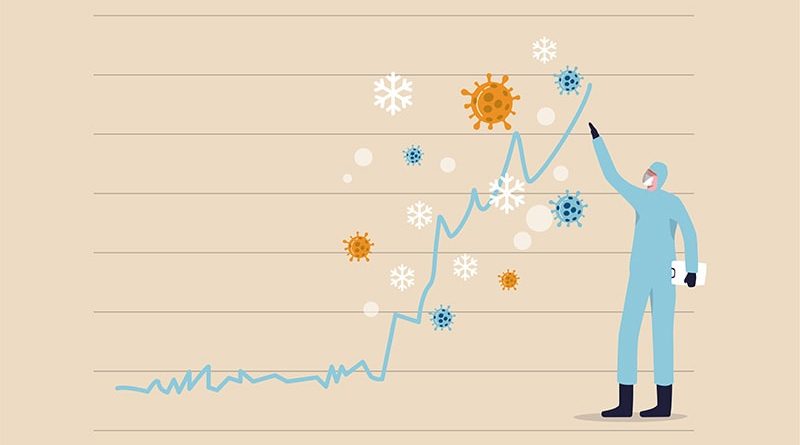 New COVID-19 cases in the United Kingdom are rising, leading some observers to wonder whether the United States will see a similar spike soon.

“Generally, what happens in the U.K. is reflected about a month later in the U.S. I think this is what I’ve sort of been seeing,” said Tim Spector, MD, professor of genetic epidemiology at Kings College London, told CNN .

Spector runs the Zoe Health Study, which lets people in the U.K. and U.S. report their daily symptoms on an app. He says about 500,000 people are reporting symptoms every day to help track the pandemic.

Spector says his study has accurately captured the start of each wave of infections, even running a week or two ahead of government notices.

His project reported a downward trend for several weeks, but then a 30% increase in new cases in a recent week.

Government data also showed new infections had been falling before rising that week – but not by as much as Spector’s study reported.

CNN said the data matches up with what models have predicted would happen in both the U.K. and the U.S. Also, the numbers aren’t enough to qualify as a new wave yet. Researchers aren’t sure what’s causing the rise, but they say it doesn’t seem to be driven by a new variant.

Christina Pagel, a professor of operational research at University College London, thinks cases are going up in the U.K. because of a combination of waning immunity and behavioral changes.

Some U.S. experts predict cases could rise again here with cold weather. If a new wave comes, it could be less deadly than in prior winters because more Americans have been vaccinated, they say.

CNN: “Rising Covid-19 cases in the UK may be a warning for the US”