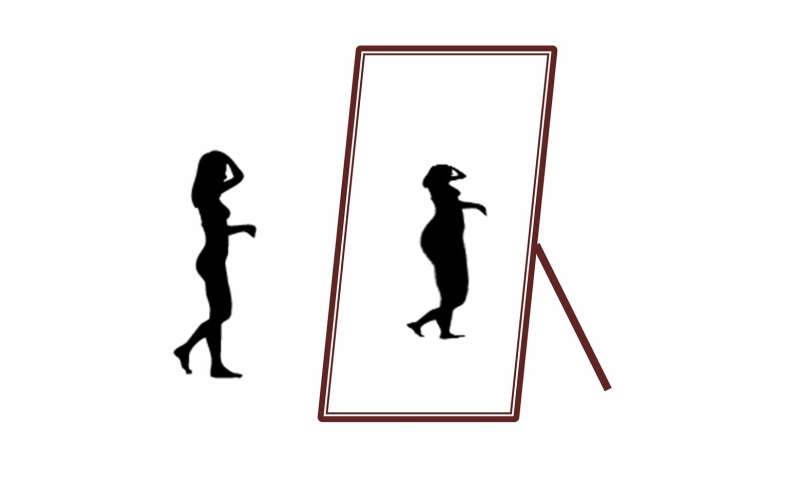 Researchers from Flinders University and the University of Adelaide studied a group of women in South Australia who have experienced anorexia nervosa for over 10 years but have not responded well to traditional treatments, are reluctant to change their practices or seek help for their disordered eating practices.

The research explores, from an anthropological perspective, how the women experienced SE-AN as profoundly embodied, representing a core part of their identity and how they got on in the world.

Lead researcher Dr. Connie Musolino, from Flinders University’s Southgate Institute for Health, Society and Equity, says that trying to separate the mental health aspects of a person’s anorexia from their day-to-day eating and body practices was described by participants as more than the loss of an identity.

“It would dismantle their sense of being-in-the world,” explains Dr. Musolino. “It structures every aspect of daily life. One participant described her anorexia nervosa as “the glue” that holds everything together.”

Dr. Musolino says these findings highlight why severe and enduring anorexia nervosa becomes more difficult to treat and problematic for people to recover from.

“There have been growing calls for SE-AN treatment approaches that emphasise improving a person’s quality of life over focusing only on a full recovery in medical terms,” she says.

“We argue that experiences of SE-AN are culturally informed. Over time, everyday rituals and routines became part of that person’s structured life, and that becomes very difficult to address only in medical terms.”

The study is the subject of an article—”Embodiment as a Paradigm for Understanding and Treating SE-AN: Locating the Self in Culture”, by Dr. Connie Musolino, Professor Megan Warin and Dr. Peter Gilchrist—published in Frontiers Psychiatry, Vol. 11, Article 543. The article was published as part of the Special edition of Frontiers Psychiatry: Towards an Improved Understanding of Severe and Enduring Anorexia Nervosa.

This study was funded by an Australian Research Council Linkage grant (LP 110200179).

In recognising the need for improved SE-AN treatment, Dr. Musolino applauds the push by Butterfly Foundation (a national charity for people impacted by eating disorders and body image issues) for more holistic approaches to care in the field of eating disorders. She believes this approach can be improved by acknowledging how eating disorders are experienced as embodied and cannot be separated from the socio-cultural structures which inform them.

Dr. Musolino says broadening a quality-of-life approach that works with people’s strengths and identities will help to develop greater understanding of how to best improve the wellbeing of people with SE-AN.