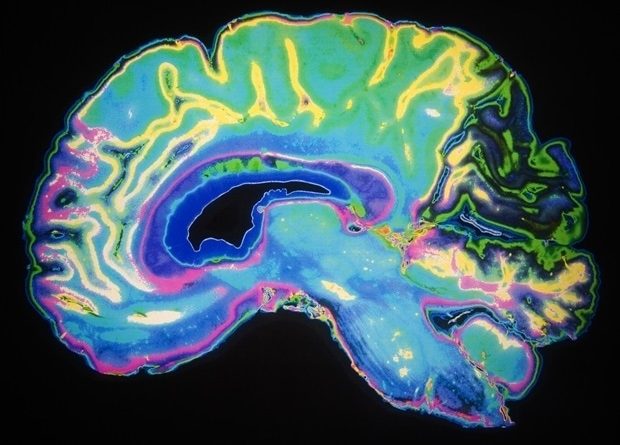 Cell growth and repair are stimulated by biomolecules known as cytokines and growth factors. Unfortunately, delivering adequate concentrations of these molecules to the brain for treating neurological conditions like Alzheimer's disease is challenging as they are either cleared out of the blood very quickly or do not penetrate neural tissue effectively. A research team led by Junichi Takagi at Osaka University in collaboration with Kunio Matsumoto and Katsuya Sakai at Kanazawa University and Hiroaki Suga, the University of Tokyo has now used a technique called "lasso-grafting" to design molecules that replicate growth factors with longer retention in the body and brain penetration.

The team synthesized a molecular entity comprising two components: macrocyclic peptides inserted into antibody fragments (known as Fc). Macrocyclic peptides are truncated proteins which can be engineered to resemble growth factors. Using lasso-grafting, a method previously developed by the researchers, the selected peptides were inserted into loops found on Fc. Now, lasso-grafting ensures that the macrocyclic peptides are easily exposed while keeping the structural integrity and function of both the peptide and Fc intact. Fc was used for this purpose as it remains in the body long enough and can easily added functionality of the Fab of choice.

Using this process, a designer molecule replicating the hepatocyte growth factor (HGF) was first created. HGF binds a docking protein known as Met on the surface of cells to initiate signaling for cell growth and survival. Thus, aMD4 and aMD5, two macrocyclic peptides that can also bind to Met were first identified. They were then grafted into various sites on Fc until optimum insertion sites were found. When exposed to cells, Fc(aMD4) and Fc(aMD5) indeed latched onto Met receptors and initiated cellular signaling akin to HGF.

Next, the longevity of Fc(aMD4) compared to Fc and HGF alone, was examined. When administered to mice, concentrations of HGF dwindled significantly after an hour while Fc(aMD4) persisted at levels enough to activate Met, for up to 200 hours. Markers for cellular replication were also active in these mice. Fc(aMD4) thus showed longevity and bioactivity. The final step was to determine the brain penetration of these designer molecules. For this purpose, aMD4 was inserted into an Fc of anti-transferrin receptor (TfR) antibody which accumulates in the mouse brain after peripheral administration. Indeed, TfR(aMD4) showed high accumulation and retention within the brain tissues of mice compared to Fc(aMD4) alone.

This study depicts a novel strategy of inducing the effects of growth factors and cytokines with enhanced retention in brain tissues. What's more, based on the macrocyclic peptides and antibodies selected, this technique can be applied to imitate several growth factors. "Thus, lasso-grafting enables the design of protein therapeutics with the desired physicochemical stability and controllable pharmacokinetics, as well as the rapid engineering of antibodies for multiple functionalities," suggest the researchers.