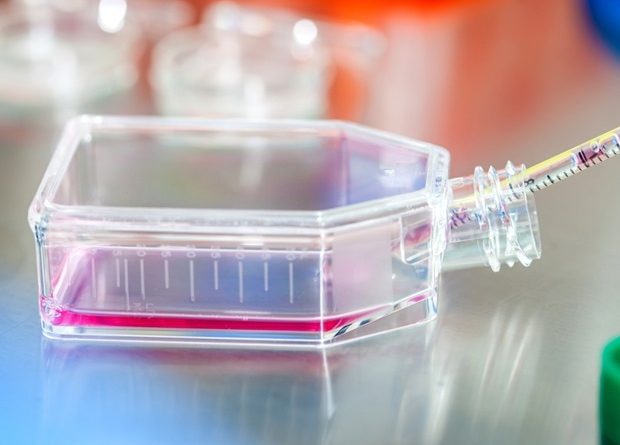 While many studies take place in a petri glass in toxicology research, for some processes there is still a need for animal components such as serum or liver cell tissue. A team of researchers headed by Goethe University now seeks to develop a new cell culture technique to replace the use of animal components. Their project won the "CRACK IT" innovation challenge by NC3Rs, a British organization that works to reduce reliance on animal models in research. The challenge is sponsored by AstraZeneca and Unilever.

Studies using cell cultures are necessary in toxicology research because they make it possible to test whether new substances exhibit undesirable effects. In these studies, the serum of unborn calves (Foetal Calf Serum, FCS) is often used as animal component in the cell cultures. Other "in vitro" toxicity tests also frequently use components of animal origins. The livers of laboratory rats, for example, are used to create an enzyme cocktail that helps investigate whether liver enzymes transform the substance being tested into toxic products.

Pharma producers and companies in the cosmetic industry want to find substitutes for both components, serum and liver tissue. The reasons are not only ethical nature. Tissue and serums that are taken directly from animals also introduce inaccuracies, as their composition varies depending on origin. In addition, not all components, including those of foetal calf serum, are known. That jeopardizes the reproducibility of the results. In the "CRACK IT 36: Animal-free in vitro" challenge, products of animal origin are therefore to be replaced by precisely defined and reproducible alternatives.

Prof. Henner Hollert und Dr. Andreas Schiwy from the Department for Evolutionary Ecology and Environmental Toxicology at Goethe University and the LOEWE Centre TBG, together with the environmental toxicologist Prof. Beate Escher from the Helmholtz Centre for Environmental Research in Leipzig (UFZ) and the companies BiodetectionsSystems in Amsterdam and Scinora in Heidelberg seek to find alternatives to these animal components.

In a first step, chemically defined nutrient solutions for cell cultures will be developed – without animal components. These nutrient solutions are already common in drug manufacturing, not least for safety reasons, as they eliminate the risk that diseases such as BSE (bovine spongiform encephalopathy) are transmitted through the calf serum.

Up to now, there have been only very few such systems for toxicological testing, because the amounts required are low in comparison with pharmaceutical production. To develop them, the metabolic processes of the cells must be known in detail.

In a second step, the researchers want to replace the enzyme cocktail from laboratory rats by having liver cell lines metabolize the substances to be tested instead. The liver cell lines are to be grown under chemically defined culture conditions. Subsequently, the metabolic products will be extracted and their effect tested in the adapted toxicological cell cultures that were developed in the first step.

Hollert and his team will first test the process on the model substance benzo[a]pyren, a substance also found in cigarette smoke. Benzo[a]pyrene is transformed into toxic substances in the human liver, which causes damage to cell DNA and impairs hormonal balance.

Funding during the first phase amounts to 100,000 pounds, or about 114,000 euros. Following a successful evaluation, the researchers can apply in the same year for a second phase of the challenge, in which the equivalent of about 685,000 euros over another three years may be awarded.