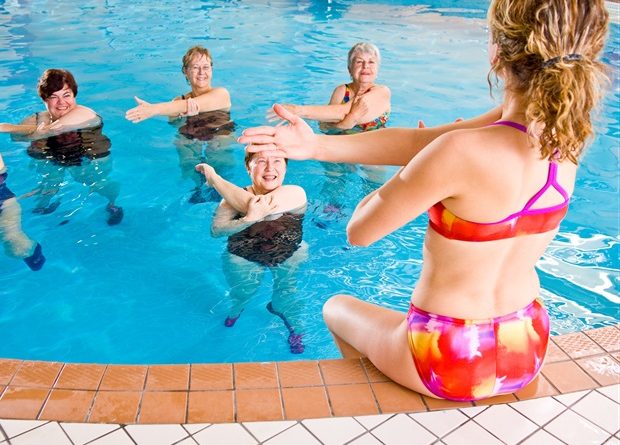 Compulsive exercise (CE) gets little attention, despite being a fairly common and serious condition. There is no universally recognized definition of compulsive exercise, though it involves being obsessed and all-consumed by exercising, and those who suffer from it often describe themselves as being miserable, in pain, or depressed all the time. Although it is frequently accompanied by an eating disorder (85% of those with eating disorders also exercise compulsively), there are also people who may be hyper-focused on exercise alone. By analyzing close to 1000 social media posts, images, and discussions on 13 social media sites over the course of a year, a new study from McGill University researchers from the Department of Kinesiology and Physical Education, Laura Hallward, a recent PhD graduate, and Associate Professor Lindsay Duncan, illuminates the lived experiences of those who engage in the practice. The researchers believe that material drawn from these online discussions could help inform future CE treatment programs, particularly around definitions of healthy exercise.

Control issues, a lack of understanding, and the challenges of recovery

Some common themes emerged from social media posts on CE – from the high cost of burning off binges, and the lack of understanding of the compulsion to exercise, to seeking to control the exercise, but ultimately being controlled by the addiction instead:

"How about wanting to die any time you're too sick to meet your step count?"

"Coworkers and friends CONSTANTLY say things like 'I wish I could run like you', 'I wish I had your body' etc. What they do not know is I am constantly battling myself in my head. They do not see me pushing myself to run sometimes until I am in so much pain that I am crying. They cannot fathom what exercise addiction is."

"Yesterday [I] had the worst binge of my life … ended up exercising + forcing myself, doing 60K+ steps before midnight because I can't handle the guilt."

"Exercise is helping me so much, I've honestly missed it. Even though I can see myself very easily slipping into exercise addiction again if I'm not too careful."

Many people came to social media to express the misery of living with CE, but also their trepidation about leaving it behind and committing themselves to recovery. People also described conflicting experiences during the recovery process – involving turbulent battles with themselves, knowing that they had to keep fighting to avoid relapsing. Many also turned to social media as a venue to rant and share their frustration with the general lack of awareness around CE from family and friends. They were often praised by others for their appearance or dedication to "health," but family and friends were unaware of the disordered thoughts and behaviors driving people to such extremes.

Among the subgroup who managed to make steps towards recovery and develop healthier relationships with exercise, people shared that changing their mindset around exercise was essential: leaving behind rigid rules, exercise as punishment, and appearance-based goals, and instead listening to their body and mind, resting more, and exploring different types of exercise.

"Society is constantly suggesting that exercise can solve or improve so many physical and mental issues," explains Laura Hallward, the first author on the paper. "While it is true and exercise is beneficial for most people and needs to be increased, this overlooks the subset of the population that is obsessed and all-consumed with exercise and need help slowing down and finding other solutions than exercise. I believe there needs to be more awareness for those people and support for them."

The positive recovery experiences shared provide online support and tangible information for those ambivalent about or desiring recovery. The researchers believe that the multiple approaches to developing healthy exercise habits shared online could potentially be valuable content for future psychoeducation programs for those who engage in compulsive exercise.