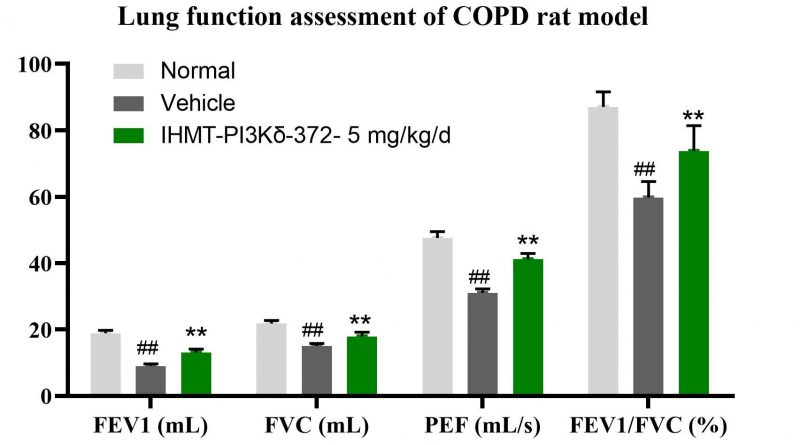 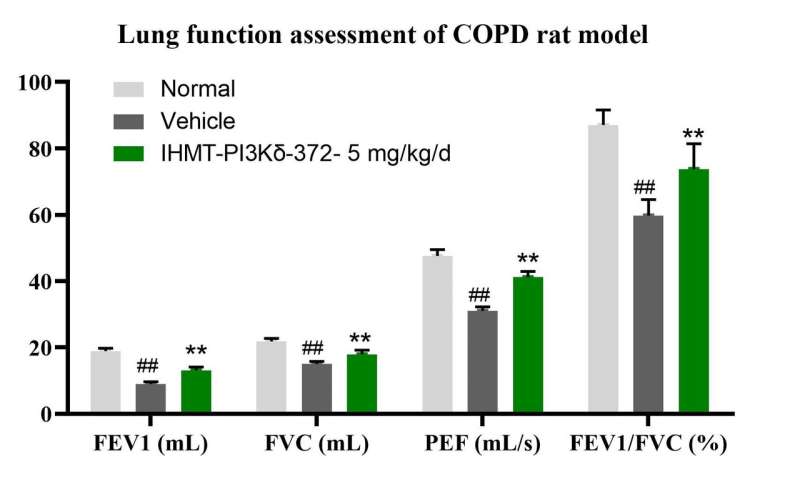 COPD is a chronic progressive respiratory disease characterized by airflow limitation and associated with abnormal inflammatory response of the lung. In recently years, it is becoming a major health problem and the third cause of death worldwide. Although oral administration of PI3Kδ inhibitor is reported to exhibit adverse effects as an anti-cancer drug in the clinic, inhaled drug delivery for respiratory disease may result in a potential reduction or avoidance of systemic side effects by delivering drugs directly to the site of action.

In this study, the researchers adopted a fragment hybridization strategy and discovered a novel PI3Kδ inhibitor IHMT-PI3Kδ-372 through medicinal chemistry exploration.

The compound showed high potency against PI3Kδ, and meanwhile exhibited high selectivity over other class I PI3Ks as well as a low risk of hERG-mediated cardiac toxicity. Notably, it displayed favorable pharmacokinetic properties for inhaled delivery and improved lung function in a rodent model of pulmonary inflammation.