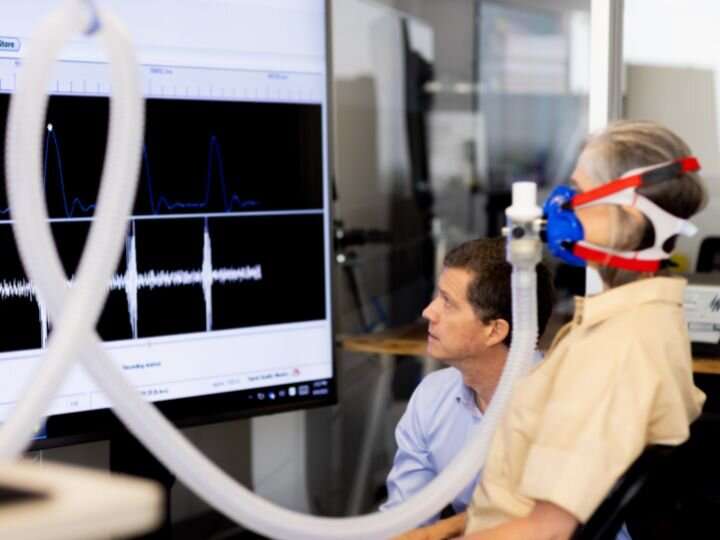 From the same mind whose research propelled the notion that “sitting too much is not the same as exercising too little,” comes a groundbreaking discovery set to turn a sedentary lifestyle on its ear: The soleus muscle in the calf, though only 1% of your body weight, can do big things to improve the metabolic health in the rest of your body if activated correctly.

And Marc Hamilton, professor of Health and Human Performance at the University of Houston, has discovered such an approach for optimal activation—he’s pioneering the “soleus pushup” (SPU) which effectively elevates muscle metabolism for hours, even while one is sitting. The soleus, one of 600 muscles in the human body, is a posterior leg muscle that runs from just below the knee to the heel.

Published in the journal iScience, Hamilton’s research suggests the soleus pushup’s ability to sustain an elevated oxidative metabolism to improve the regulation of blood glucose is more effective than any popular methods currently touted as a solution including exercise, weight loss and intermittent fasting. Oxidative metabolism is the process by which oxygen is used to burn metabolites like blood glucose or fats, but it depends, in part, on the immediate energy needs of the muscle when it’s working.

“We never dreamed that this muscle has this type of capacity. It’s been inside our bodies all along, but no one ever investigated how to use it to optimize our health, until now,” said Hamilton. “When activated correctly, the soleus muscle can raise local oxidative metabolism to high levels for hours, not just minutes, and does so by using a different fuel mixture.”

Muscle biopsies revealed there was minimal glycogen contribution to fueling the soleus. Instead of breaking down glycogen, the soleus can use other types of fuels such as blood glucose and fats. Glycogen is normally the predominant type of carbohydrate that fuels muscular exercise.

“The soleus’s lower-than-normal reliance on glycogen helps it work for hours effortlessly without fatiguing during this type of muscle activity, because there is a definite limit to muscular endurance caused by glycogen depletion,” he added. “As far as we know, this is the first concerted effort to develop a specialized type of contractile activity centered around optimizing human metabolic processes.”

When the SPU was tested, the whole-body effects on blood chemistry included a 52% improvement in the excursion of blood glucose (sugar) and 60% less insulin requirement over three hours after ingesting a glucose drink.

The new approach of keeping the soleus muscle metabolism humming is also effective at doubling the normal rate of fat metabolism in the fasting period between meals, reducing the levels of fat in the blood (VLDL triglyceride).

Building on years of research, Hamilton and his colleagues developed the soleus pushup, which activates the soleus muscle differently than when standing or walking. The SPU targets the soleus to increase oxygen consumption—more than what’s possible with these other types of soleus activities, while also being resistant to fatigue.

So, how do you perform a soleus pushup?

In brief, while seated with feet flat on the floor and muscles relaxed, the heel rises while the front of the foot stays put. When the heel gets to the top of its range of motion, the foot is passively released to come back down. The aim is to simultaneously shorten the calf muscle while the soleus is naturally activated by its motor neurons.

While the SPU movement might look like walking (though it is performed while seated) it is the exact opposite, according to the researchers. When walking, the body is designed to minimize the amount of energy used, because of how the soleus moves. Hamilton’s method flips that upside down and makes the soleus use as much energy as possible for a long duration.

“The soleus pushup looks simple from the outside, but sometimes what we see with our naked eye isn’t the whole story. It’s a very specific movement that right now requires wearable technology and experience to optimize the health benefits,” said Hamilton.

Additional publications are in the works focused on how to instruct people to properly learn this singular movement, but without the sophisticated laboratory equipment used in this latest study.

The researchers are quick to point out that this is not some new fitness tip or diet of the month. It’s a potent physiological movement that capitalizes on the unique features of the soleus. 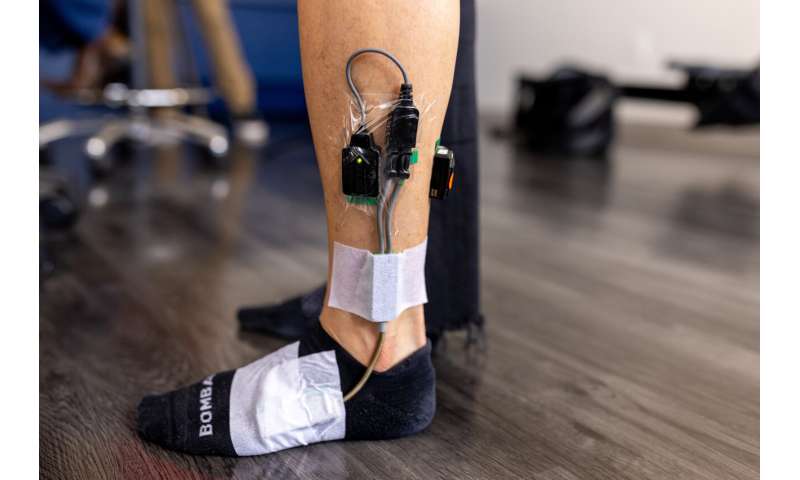 Hamilton calls it the “most important study” ever completed at his Metabolic Innovations lab at UH and said the discovery could be a solution to a variety of health problems caused by spending hours each day living with muscle metabolism that is too low, caused by inactivity. The average American sits about 10 hours a day.

Regardless of a person’s level of physical activity, too much sitting has been shown to increase the risk of heart disease, diabetes, dementia and more. Over half of all American adults, and 80% of people over 65, are living with the metabolic problems caused by either diabetes or prediabetes.

Having a low metabolic rate while seated is especially troublesome for people who are at high risk for age-associated metabolic diseases such as metabolic syndrome and type 2 diabetes.

Hamilton said inactive muscles require less energy than most people seem to understand, saying it’s “one of the most fundamental, yet overlooked issues” guiding the way toward discovering metabolic solutions to assist in preventing some age associated chronic diseases.

“All of the 600 muscles combined normally contribute only about 15% of the whole-body oxidative metabolism in the three hours after ingesting carbohydrate. Despite the fact that the soleus is only 1% the body weight, it is capable of raising its metabolic rate during SPU contractions to easily double, even sometimes triple, the whole-body carbohydrate oxidation.