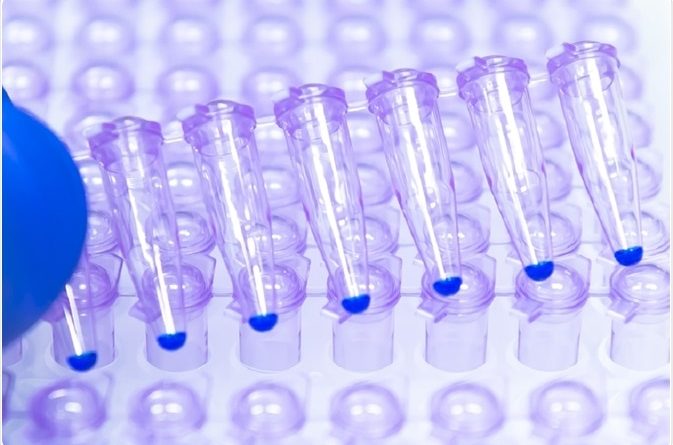 Real-time quantitative polymerase chain reaction (PCR) is also known as qPCR. It is a lab technique that monitors the amplification of a target DNA molecule during PCR. 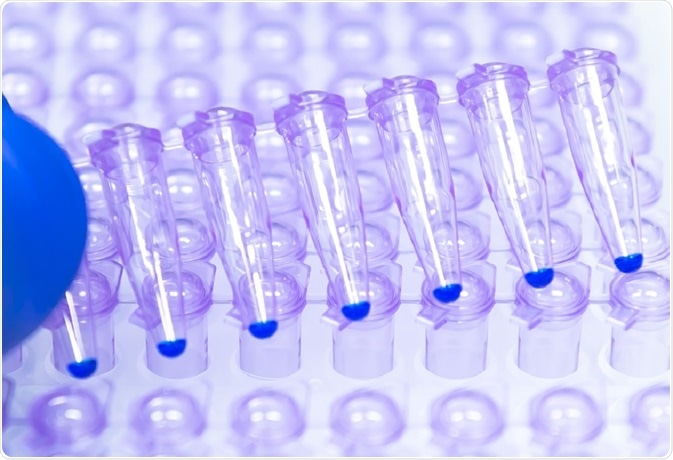 What is real-time quantitative PCR?

qPCR uses one of two methods to detect the changes to DNA amplification: use of fluorescent dyes or sequence-specific DNA probes. qPCR is normally performed in a thermal cylinder that can illuminate each sample with a beam of light which causes fluorescence. The fluorescence emitted is then detected by a detector. The amount of DNA present can be quantified by the amount of fluorescence that is emitted.

qPCR is performed in a cycle. After the PCR solution (containing the DNA template, the fluorescent DNA primers, and the free nucleotide) is made, the cycle can be started:

These four steps are repeated between 25 and 50 times, greatly amplifying the template strand, and giving quantitative data regarding the amplification. The temperature and timings for each step vary depending on the conditions used.

Tuberculosis (TB) is a bacterial infection that is caused by Mycobacterium tuberculosis. This bacterium mainly affects the lungs, and an accurate diagnosis of M. tuberculosis is vital to treat and prevent TB.

A recent study aimed to discover if qPCR could be used to detect the presence of M. tuberculosis from the pulmonary and non-pulmonary tissue discovered that qPCR has a high sensitivity for both pulmonary and non-pulmonary TB. This shows that qPCR could be used to assess for TB infections. The study also stated that the technique is more effective when paired with another diagnostic test as an ‘add-on’.

Gastrointestinal (GI) infections are a huge problem for many regions of the world and control of these infections is very important. A recent study examined the effectiveness of qPCR to detect GI parasite infections.

During this study, species-specific primers were used to test for the presence of 20 common GI parasite in the stool of individuals. The performance of the qPCR examinations was tested against the performance of microscopy examination (which is the common technique used to assess for GI parasitic infections).

qPCR found more positive results and was more sensitive to the detection of parasites than the conventional microscopy examination, making it extremely useful for lab research and diagnosis of GI parasitic infections.

The process of qPCR is very similar to the standard PCR method, which makes it easy to perform. qPCR provides more efficient ways to detect bacteria and parasites compared to existing methods. In the future, more efficient ways of its use may be discovered.

Sam graduated from the University of Manchester with a B.Sc. (Hons) in Biomedical Sciences. He has experience in a wide range of life science topics, including; Biochemistry, Molecular Biology, Anatomy and Physiology, Developmental Biology, Cell Biology, Immunology, Neurology  and  Genetics.