Home » Health News » Racing to deliver a vaccine to the masses 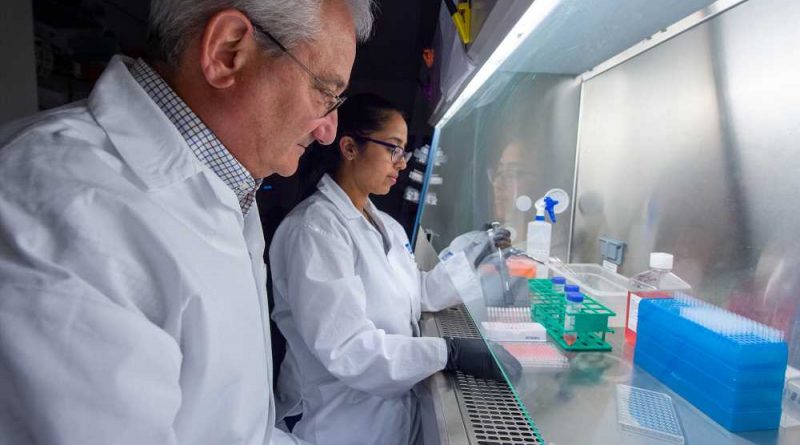 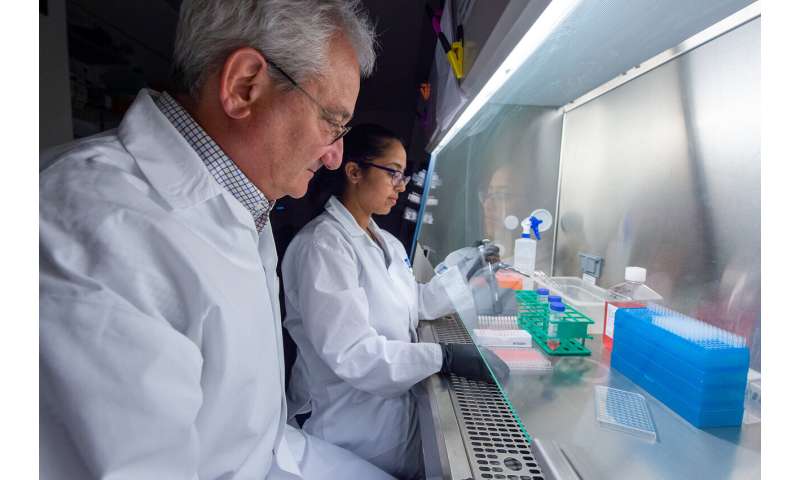 Penn, together with The Wistar Institute, have conducted research that is part of the backstory of a variety of successful vaccines. Since the 1950s, their scientists have had a hand in research that undergirds widely used inoculations against polio, rubella, rotavirus, and more.

“You could argue that this scientific community has developed more life-saving vaccines than anywhere else on the planet,” says David Weiner, an emeritus professor at the Perelman School of Medicine and the executive vice president and director of the Vaccine and Immunology Center at Wistar, where he also runs an active lab.

Joint appointments and long-standing collaborations intimately connect Penn and Wistar, including when it comes to vaccine development.

Now, working closely with the federal government and other universities and research institutions around the nation, Penn and Wistar are leveraging that legacy of vaccine expertise to speed the development and testing of a vaccine to protect people from the novel coronavirus, SARS-CoV-2.

No one is wasting any time. Remarkably, clinical trials of a vaccine developed by Inovio Pharmaceuticals, Inc., a biotech company that arose from research Weiner conducted at Penn on a DNA-based vaccine platform, will start this month.

“We’ll be doing the Phase I study for the Inovio vaccine,” says Pablo Tebas, the principal investigator for that trial, who spoke to Penn Today briefly in between enrolling COVID-19 patients in additional trials for antiviral treatments. “We hope to start screening people the first week of April.”

That timeline—starting trials a few short months from the first incidence of disease—is unprecedented. But for good reason, according to Tebas, who has seen the toll that COVID-19 is taking on the hardest-hit patients. “Things need to move quickly,” he says.

Science behind the shot

The fact that COVID-19 vaccines are already close to or in clinical trials is due in part to advances from Weiner and colleagues over the past two decades. Vaccines used to be made with killed or inactivated viruses or by modifying a live virus to make it less virulent. But Weiner’s group was among those pioneering a third method, using the virus’s genetic material as the basis for a vaccine.

DNA vaccines are developed by “printing” synthetic nucleotides in a sequence corresponding to a target protein on a pathogen. To encourage cells to take up the vaccine, the DNA needs to be delivered with an electrical impulse that zaps open pores in cell membranes, allowing the DNA to enter and generate an immune response. An advantage of DNA vaccines over other types is their ability to induce antibodies to block viral infection as well as to summon the activity of so-called killer T cells. These immune system assassins are particularly effective in seeking out viruses that can otherwise hide inside host cells and evade immune detection.

Using this DNA-based vaccine platform, Weiner’s lab responded quickly to a number of recent infectious disease outbreaks. With Ebola in 2014, it took about 18 months from the time the Weiner lab began research on a vaccine until Inovio put the vaccine into clinical trials. With MERS, a coronavirus related to SARS-CoV-2, the process took just 11 months. The response to Zika was even shorter, about 6.5 months.

Each of these efforts involved partnership with Penn, including with Tebas to advance pioneering clinical trials. Driving the accelerated timeline was the Coalition for Epidemic Preparedness Innovations (CEPI), an international foundation launched in 2017 to coordinate vaccine development against emerging diseases. Funded by the Bill & Melinda Gates Foundation, the Wellcome Trust, and with participation from several countries across the world, CEPI has been working with companies to select rapid vaccine platforms and leverage this vaccine technology to address infectious disease outbreaks faster than has been previously possible.

In the case of the coronavirus, collaborators at Penn, Wistar, and Inovio began paying attention to the outbreak in China at the end of 2019. “By around Christmas, we decided we were worried about this pathogen,” Weiner says. “We decided early in January that the group should consider addressing this.”

Days later, scientists in China posted online the genetic sequences of the SARS-CoV-2 virus isolated from patients. “We developed construct designs for a vaccine within hours of that deposition of sequences,” Weiner says. “That’s an advantage of synthetic DNA.”

Weiner, a member of Inovio’s board, has pursued COVID-19 research in close partnership with the company’s own researchers. Indeed, Inovio’s Chief Executive Officer, J. Joseph Kim, is a former member of Weiner’s lab and a Penn alum, with a doctorate in immunology and an MBA from Wharton.

By late January, CEPI announced that Inovio would receive support to move forward with development of a coronavirus vaccine, working in partnership with researchers at Wistar to develop and test it. The stated timeline set by CEPI was the shortest yet: just three months to move into the clinic.

Weiner emphasizes just how challenging that is. “When the team started work, there were no reagents for COVID-19,” he says. “We had to generate all those reagents: cell lines for studying virus infection, specificity assays, and T cell assays, among others.”

Yet the lab, which includes three Penn graduate students, moved quickly. The vaccine targets the “spike” protein on the surface of SARS-CoV-2, which the virus uses to enter host cells. The researchers generated results in cell lines and animals by late February, which they quickly shared online with the larger scientific community. They’ve already tried multiple constructs of the vaccine in these experimental models. By late March, thanks to the team’s efforts, Inovio announced that it was advancing clinical trials and targeting April for initiating the first clinical trial at Penn.

Penn and another clinical trials facility in Kansas City, Missouri, will test the Inovio vaccine. The study will focus on safety as well as how the participants’ immune systems may respond to the vaccine. Tebas anticipates no trouble finding volunteers to participate.

Separately, Moderna, another company CEPI has funded, initiated trials last week in partnership with the National Institutes of Health.

Based on evidence from prior synthetic DNA vaccines developed in collaboration with Inovio, Tebas feels the vaccine will likely be safe; the bigger question, he says, is whether it’s effective. To find out will require larger trials in healthy human volunteers, which ideally will begin as soon as late summer. At the same time, Tebas is helping coordinate a variety of other trials, including those testing antivirals, immune modulators, and even the blood plasma of people who have had coronavirus and recovered.

“All of these things are happening at Penn,” says Tebas. “We need to do this all in parallel.”

Alternatives, or room to improve

While a lot of hope is riding on already-developed vaccines, other researchers at Penn and elsewhere are putting in long hours to continue the search for complementary or even more effective vaccines.

Norbert Pardi, a researcher at Penn Medicine, has been pursuing a vaccine based on messenger RNA (mRNA), the genetic material that provides the transcript to create proteins and that many viruses, including SARS-CoV-2, use to produce their protein products in human cells after they infect someone.

mRNA vaccines have many of the same benefits as DNA vaccines: they can be generated rapidly and inspire a strong T cell response. “We don’t know the exact mechanisms of action of RNA vaccines,” says Pardi, who arrived at Penn in 2011. “But what we know is that it can induce a very potent and protective immune response against infectious diseases in various animal models and can do so safely.”

Like the other vaccine innovations that arose from Penn research, the origin of mRNA vaccines also has Penn ties. Two of Pardi’s mentors, Drew Weissman and Katalin Kariko, both of Penn Medicine, began working together in the late-1990s to use RNA for therapy, publishing several landmark papers over the ensuing two decades.

Pardi worked with both to find ways to package and deliver RNA without generating a dangerously intense inflammatory response and to evaluate the immune responses and effectiveness of the infectious disease RNA vaccines in animal models.

He notes that others around Penn are likely applying their expertise to develop vaccines and measure their quality, such as Paul Bates, who is working on a test to measure how well a vaccine inspires antibody production in its recipients. Bates’s group had previously done work on SARS-CoV, the virus that caused the 2002 SARS outbreak.

While Moderna is using an mRNA platform, Pardi notes that there are benefits to having additional studies done on alternative versions of the vaccine. “We still have a lot to contribute,” says Pardi. “We can come up with different versions of the spike protein to try and compare whether some are better than others.”

Across Penn and the global scientific community, no hint of scientific competition exists, shed in favor of an all-hands-on-deck approach.