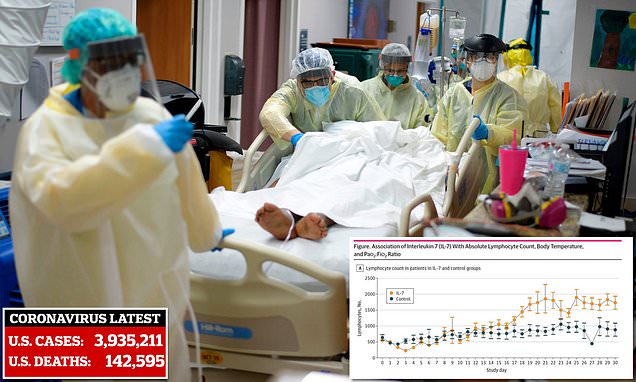 Could THIS stop coronavirus in its tracks? Protein drug boosts infection-fighting white blood cells by two-fold and may ‘reverse’ some immune problems from COVID-19, study finds

Interleukin 7 (IL-7) immunotherapy was found to restore counts of a specific white blood cell in those critically with COVID-19, the disease caused by the virus.

With no drugs approved – aside from emergency use authorization – specifically for the virus, there is a pressing need to test both existing medicines and experimental therapies to stop the disease, which has killed more than 107,000 Americans, in its tracks. 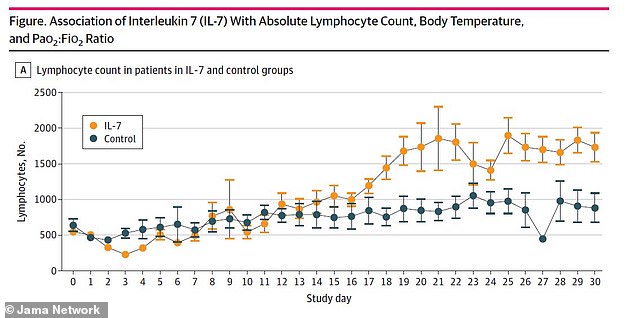 In a new study from Brussels, Belgium, coronavirus patients given the IL-7 drug had twice as many white blood cells called lymphocytes after 30 days as those in the control group did (file image) 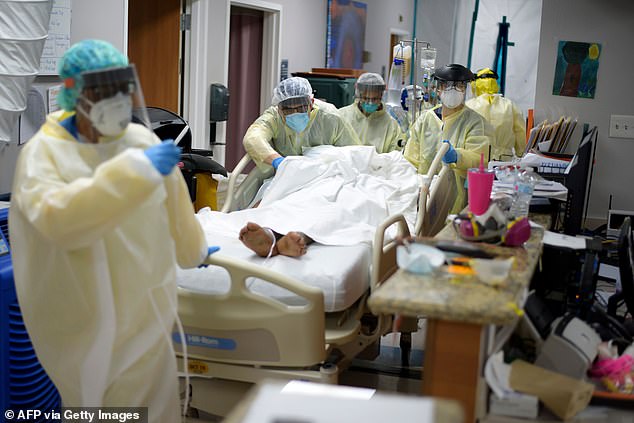 Fewer patients in the treatment group had secondary infections but there was no difference in mortality rates. Pictured: Healthcare workers move a patient in the COVID-19 Unit at United Memorial Medical Center in Houston, Texas, July 2

IL-7 belongs to a class of drugs that could help mitigate a dangerous overreaction to the virus by the body’s immune system called a cytokine storm.

These so-called storms occur when the body doesn’t just fight off the virus but also attacks its own cells and tissues.

In cases of COVID-19, the disease caused by the virus, cytokine storms can trigger respiratory distress, which can lead to multi-system organ failure and death.

The virus also caused levels of lymphocytes, a type of white blood cell that produces antibodies to kill foreign pathogens, to severely drop.

IL-7 plays a role in the proliferation fo these cells so the body can fight off viruses, bacteria and other toxins.

For the study, published in the journal JAMA Network Open, the team looked at 25 critically ill patients at Saint Luc University Hospital with low lymphocyte counts.

Twelve patients were given IL-7 while a control group of the remaining 13 patients received standard care.

Those in the IL-7 group had lymphocyte levels that were more than twofold greater than people in the control group after 30 days.

Patients who received treatment had an average of 1,734 lymphocytes per microliter of blood (μL) and control patients an average of 885/μL. 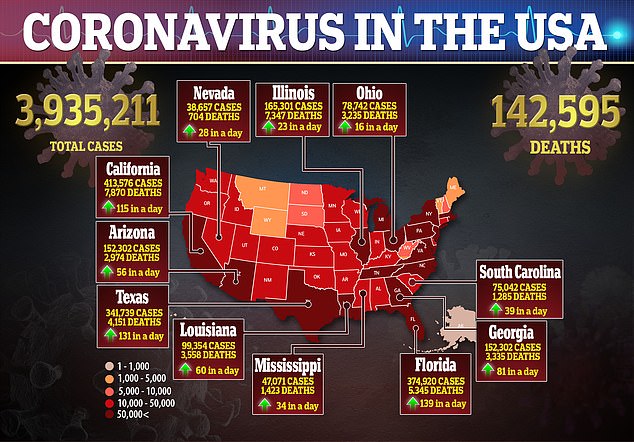 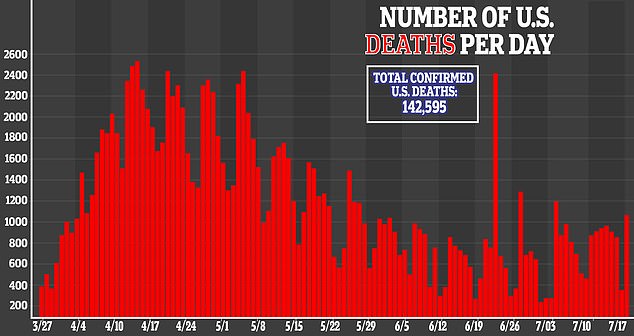 Additionally, fewer patients in the IL-7 group had secondary infections – 58 percent compared to 85 percent. However, there was no statistical difference in mortality rates.

Researchers say IL-7 was ‘well tolerated’ by patients without causing any changes in blood pressure, temperature or oxygen levels.

‘The findings of this study suggest that IL-7 can be safely administered to critically ill patients with COVID-19 without exacerbating inflammation or pulmonary injury,’ the authors wrote.

‘Administration of IL-7 alone or in combination with other therapies warrants serious consideration for patients with COVID-19 and evidence of immunosuppression.’

In the US, there are more than 3.9 million confirmed cases of the virus and more than 142,000 deaths. 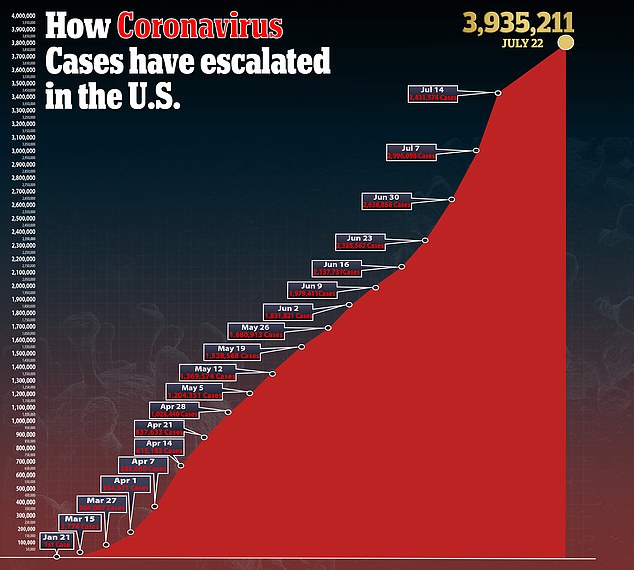