Home » Health News » Proactivity and partnership pay off for nursing homes in a pandemic, study suggests 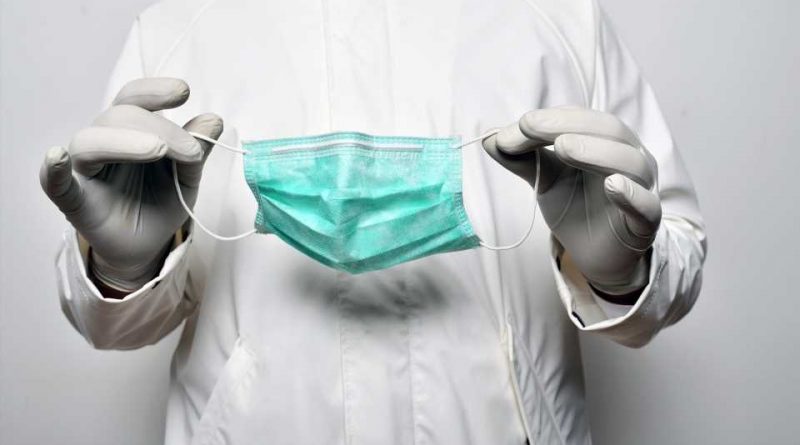 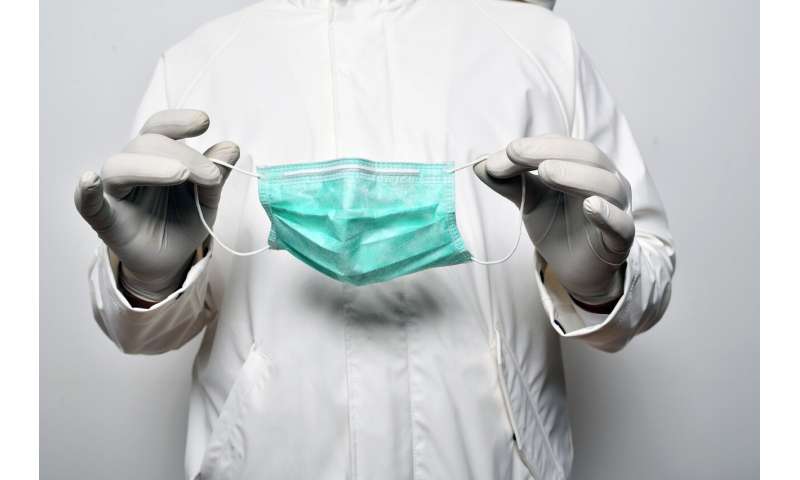 Seven months ago, the nation first heard of a surge of COVID-19 deaths in a Washington nursing home—an early warning sign of how the coronavirus could rip through such facilities. Since that time, more than 40% of the Americans killed by the pandemic have lived in nursing homes.

Now, a new study details how three Michigan nursing homes limited the spread of the coronavirus within their walls after the first cases were diagnosed in that early peak state.

The findings, published in the Journal of the American Geriatrics Society, could inform the ongoing effort to protect nursing home residents regionally and nationwide.

All three nursing homes in the study went into the pandemic with a proactive, partnership-based approach to general infection prevention, and response plans already in place that paved the way for effective COVID-19 containment.

This was made possible in part by their formal connections pre-COVID with Michigan Medicine, the academic medical center of the University of Michigan. This includes embedded U-M geriatric physicians and nurse practitioners, regular meetings among clinical and administrative team members from the institutions, and a long history of involvement in U-M research. The nursing homes also connected proactively with the county health department.

Having these plans and connections in place meant that when coronavirus cases started popping up in Michigan in mid-March, the three facilities could immediately spring into action.

One of the linchpins in their response: COVID-19 viral DNA testing offered through Michigan Medicine’s in-house diagnostic laboratory, with results available within 24 hours, or at the most two days.

Proactive testing of symptomatic and asymptomatic residents, and timely test results, played a crucial role in containing the outbreak of COVID-19 in these facilities, the authors say. The in-house laboratory prioritized samples from the nursing homes, so the results came much faster than they had with the commercial laboratories that had been used at first.

“As soon as we heard of cases in the Washington nursing homes, we teamed up to devise a point-prevalence testing effort that would test asymptomatic residents, in addition to testing those with symptoms, in an effort to mitigate transmission,” says Ana Montoya, M.D., M.P.H., the medical director for sub-acute care at Michigan Medicine and first author of the new paper. “The results drove a tremendous effort by nursing home staff to prevent further spread to uninfected residents.”

Such proactive testing recently became a federal requirement, with the frequency depending on the level of COVID-19 activity in the surrounding community. Nursing homes are also subject to reporting requirements and potential fines if they don’t report testing results. But in recent weeks, the government has sent nursing homes rapid-testing machines that are less sensitive than the “gold standard” viral DNA tests used in the study. Further research will be needed on the impact of this approach, the researchers say.

“We were particularly happy to see various teams come together in a moment of crisis with a shared purpose,” says Mody. “We knew that even a little delay would have enormous consequences. Our experience shows the incredible value of research, collaboration and connections. We hope that our work informs state-level and national actions to limit devastating consequences from COVID-19.”

“While rapid-testing machines allow facilities to do their own testing, most facilities are still struggling with how to best utilize the machines,” says Grace Jenq, M.D., the study’s corresponding author, a geriatrics specialist and associate chief clinical officer for post-acute care at Michigan Medicine. “These rapid-testing machines most likely will be used for testing symptomatic residents and staff. Test results are available within minutes, so then they can be rapidly isolated and PPE can be deployed to staff caring for the individual. Negative tests will still need to be repeated using the more sensitive PCR tests.”

In all, 29 of the 215 residents in the three Michigan nursing homes in the study were diagnosed with COVID-19 between mid-March and late April. About half required hospitalization, and six died within 14 days of diagnosis.

Sixteen of the cases were caught by testing residents who showed symptoms between March 23 and early April.

But after a proactive testing blitz of asymptomatic residents in early April, only one case of symptomatic COVID-19 was identified through April 23 in each of the nursing homes in the study.

That blitz was important because it detected 10 residents who were infected but didn’t have symptoms—which could mean they were asymptomatic or pre-symptomatic. This represents a full 4.7% of all residents.

Six of the 10 residents went on to develop symptoms within a few days of their test, which means they were likely to have spread the virus to other residents and staff if their infection hadn’t been detected. None of them needed hospital care.

The “blitz” of testing was carried out in a single day at each facility in early April—a time when testing people without symptoms was very unusual. It allowed the nursing homes to move infected but asymptomatic residents away from others in designated COVID-19 sections of the facility.

More than 600 staff were also tested; 3.8% tested positive and were told to stay home until their risk of transmitting the virus had gone down.

While the new study does not include longer-term patterns of infection, the authors note that infection numbers in the three nursing homes have continued to be low. A fourth nursing home also affiliated with Michigan Medicine reported no COVID-19 cases in the peak months of March and April.

As soon as symptoms were diagnosed or a COVID test came back positive, the nursing homes followed their plan to move COVID-19 positive residents into a dedicated wing staffed by teams that only cared for COVID-positive residents.

The creation of the COVID-19 wings took a collective effort among all nursing home staff, even those not usually involved in direct resident care and cleaning. Administrative staff helped move furniture, and more.

Montoya notes that clinical teams worked together creatively to reduce unneeded interaction between staff and patients infected with the virus.

This included changing the frequency of medication dosing, procedures that could aerosolize the virus, and temporary reduction in routine blood draws and other testing. The nursing homes implemented alternative bathing options if the resident’s temporary room had no shower, and arranged to bring services to them instead of having them leave their room for therapy or meals.

Staff who worked at more than one nursing home, including those not in the Michigan Medicine-linked facilities, were asked to pick one and work there exclusively, to avoid carrying the virus between facilities.

Importantly, staff received hazard pay, meals and in one nursing home, even a dedicated space to stay overnight to avoid taking the virus home to their families. Special break areas were created in areas formerly used for communal resident activities, to allow staff a space to decompress and eat during a stressful time.