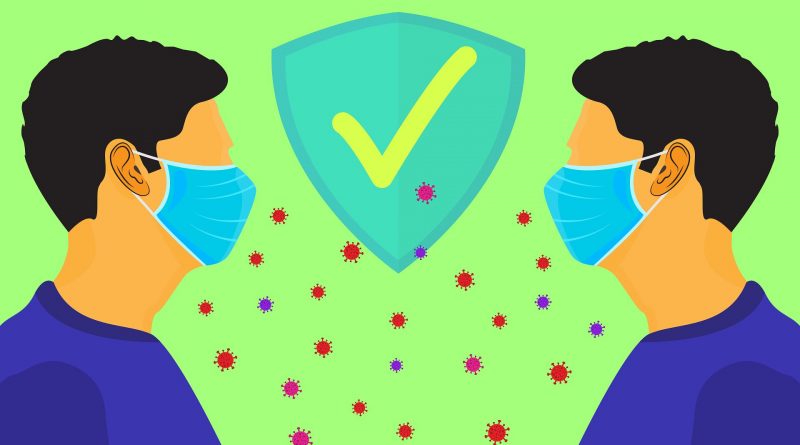 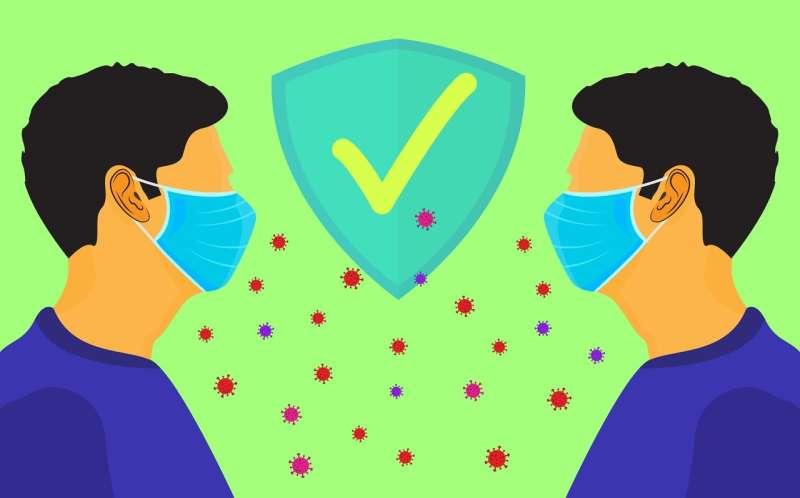 In a study that has not yet been peer-reviewed or accepted for publication, researchers at Bristol University in the U.K. have found evidence that suggests the SARS-CoV-2 virus becomes less infectious within five minutes of exposure to air. The team has published a paper on the pre-print server MedRxiv describing tests designed to simulate the behavior of the virus after it is transmitted into the air by an infected person.

Since the pandemic first began, health care officials have been asking people around the world to wear a mask. The main purpose of such masks for non-health-care workers is to slow the speed with which the virus is transmitted into the air as a person exhales, sneezes or coughs. The thinking has been that wearing a mask helps to protect those around an infected person. In this new effort, the researchers found evidence that suggests the virus, once transmitted into the air, has only five minutes until it starts losing its ability to infect other people. If the finding proves to be accurate, wearing a mask becomes even more important. Preventing the virus from sailing across an open space when it only has five minutes to infect someone would reduce its transmissibility drastically.

The researchers chose a simulation method that has not been used by other researchers—instead of using Goldberg drums, they created an apparatus that generates and levitates viruses between electric rings. The virus samples are thus held in a state in which their infectiousness could be measured.

The researchers found that its transmissibility began dropping within five minutes of exposure to the air. A closer look showed that this is because it begins to dry out and suffers a lack of carbon dioxide. They found that after 20 minutes, the transmissibility of the virus was reduced by 90 percent. They also found that more humid air slowed the loss of transmissibility, and that temperature had no impact.