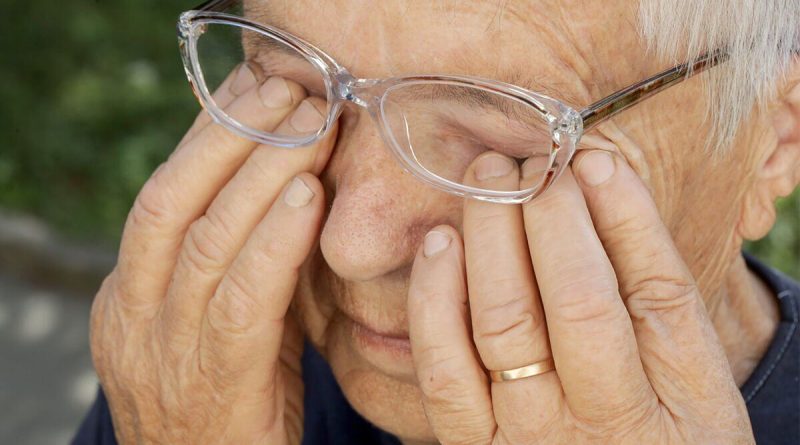 Cause of Glaucoma explained

It is thought that one in three Britons have experienced problems with sleep at least once in their lives. While it has immediate consequences such as struggling with day to day tasks following a night of bad sleep, it can also have more far-reaching effects. And even our eyesight could be impacted.

The research, published in the British Medical Journal, determined the risk of glaucoma among people with a range of sleep behaviours including insomnia, too much or too little sleep, night or morning chronotypes (being “owls” or “larks”), daytime sleepiness and snoring.

As part of the study conducted by academics from China, Sweden and Iceland, the team analysed the data of 409,053 participants in the UK Biobank.

All participants were aged between 40 and 69 when recruited, and provided details of their sleep behaviours.

“Normal” sleep duration was classified as seven to nine hours a night, with too little or too much being outside this.

And the severity of insomnia experienced by people ranged from someone who never/sometimes or usually suffered with it, while daytime sleepiness was categorised as never/rarely, sometimes, or frequent.

Over the average monitoring period of 10 and a half years, 8,690 cases of glaucoma were recorded.

With the exception of whether you are a night owl or lark, the other four sleep behaviours were all associated with varying degrees of heightened glaucoma risk.

Those experiencing short or long sleep duration had an eight percent increased risk, this was 12 percent for insomnia, four percent for snoring and 20 percent for “frequent” daytime sleepiness.

In a media release the researchers conclude: “As sleep behaviours are modifiable, these findings underscore the necessity of sleep intervention for individuals at high risk of glaucoma and potential ophthalmologic screening among individuals with chronic sleep problems to help prevent glaucoma.

“The findings underscore the need for sleep therapy in people at high risk of the disease as well as eye checks among those with chronic sleep disorders to check for early signs of glaucoma.”

According to the NHS, glaucoma is a “common” eye condition that can result in complete vision loss if not treated early enough.

It occurs when the optic nerve, which connects the eye to the brain, becomes damaged.

The NHS explains: “It tends to develop slowly over many years and affects the edges of your vision (peripheral vision) first.

“For this reason, many people do not realise they have glaucoma, and it’s often only picked up during a routine eye test.

“If you do notice any symptoms, they might include blurred vision, or seeing rainbow-coloured circles around bright lights.

“Both eyes are usually affected, although it may be worse in one eye.”

Glaucoma is a leading cause of blindness. It is predicted to affect 112 million people across the world by 2040.