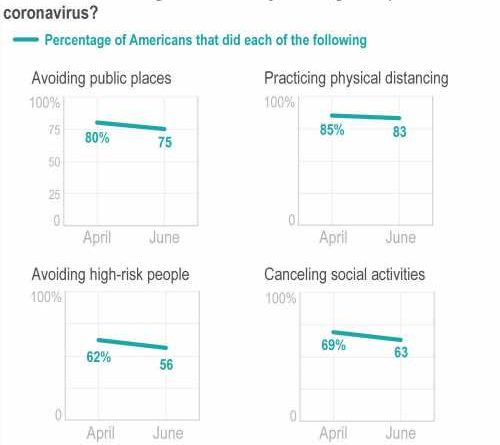 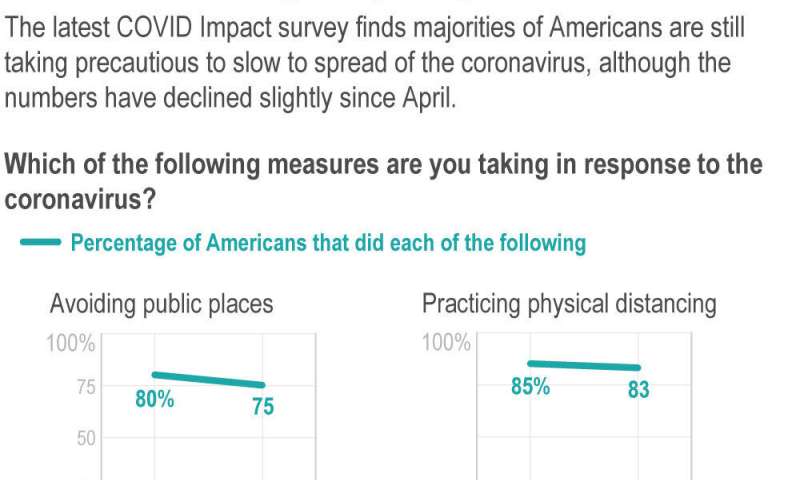 Most Americans say they are wearing masks. They are still by and large avoiding restaurants. And the vast majority are still staying at least six feet from others when out and about.

Even as states and metropolitan areas throughout the country relax restrictions on social and economic life during the ongoing coronavirus pandemic, a new poll finds that most Americans aren’t yet ready to abandon the public health behaviors that help reduce the risk of themselves and the people around them contracting the virus that causes COVID-19.

“For us, it’s about doing whatever we have to do to keep ourselves and our community safe,” said Jody Hayden, who runs a chocolate shop with her husband in the tiny Lake Michigan town of Empire, about 265 miles northwest of Detroit. She said her family wears masks and keeps their distance while out—and they’ll expect customers to do the same when the doors to their store, the Grocer’s Daughter, reopen next Friday.

“We see people from all over the world at our shop and we really love that, but this summer puts us at risk from people traveling from hot spots,” Hayden said. “We could anger some customers and lose money or not have all the safety measures and … risk a life. We couldn’t live with that.”

Overall, 90% of Americans say they’re wearing a mask, according to the new poll conducted by Memorial Day pool party at a bar in Missouri’s Lake of the Ozarks—making headlines. This week, President Donald Trump moved his party’s national convention to another state after officials in North Carolina balked at his desire to accept the Republican nomination in a packed basketball arena. 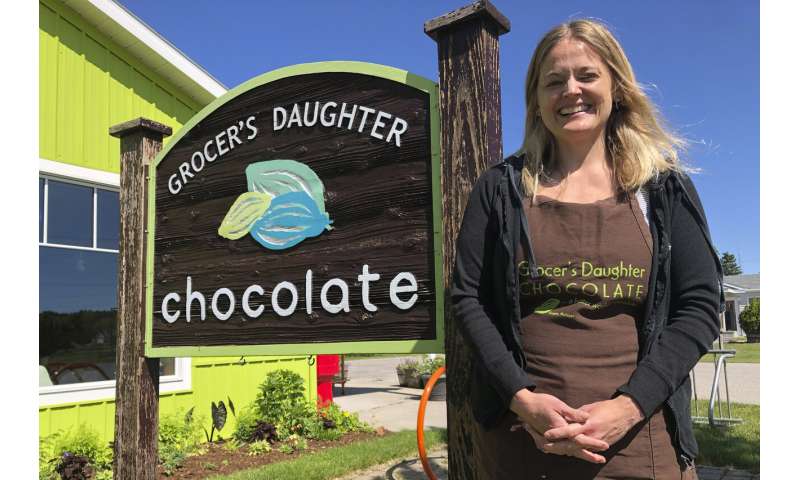 An overwhelming majority—83%—continues to say they are keeping six feet distance from those outside their household. And while many restaurants are opening their doors to in-person diners as restrictions are eased, 72% of Americans say they are avoiding them.

Indianapolis resident Sharon Alseth Bartholomew said she and her husband went to an outdoor bar on Memorial Day weekend “just to test the waters.” But so far, they’ve drawn the line at dining inside.

“Eating in a restaurant is not comfortable to us yet,” said Bartholomew, who said they still wear masks inside stores, wipe down groceries and keep hand sanitizer nearby. She’s concerned about the number of people who don’t do the same.

“I think with the onset of summer, people are kind of shedding some fears and just saying, ‘Oh, the hell with it, let’s just get back to life,’ and I firmly do not believe that is the way I want to go right now,” she said. 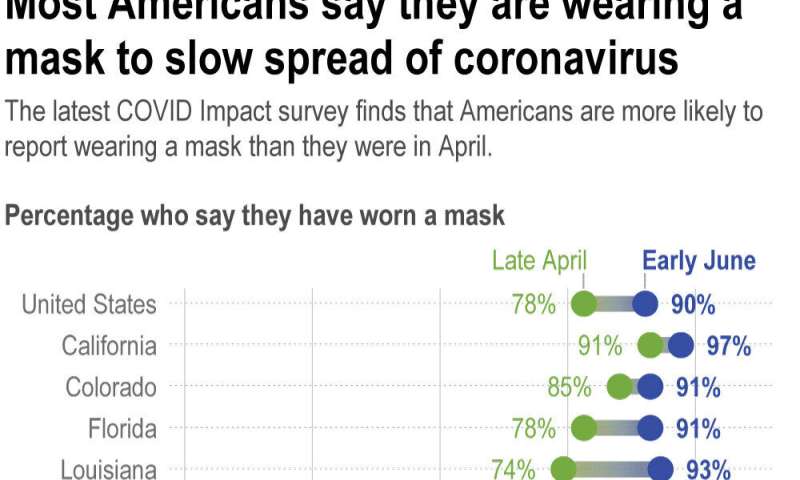 Public health officials say it’s important to remain vigilant. A recent Associated Press analysis found that cases of COVID-19 are again rising in nearly half of U.S. states, a trend that could intensify as people return to work and venture out during the summer.

“The narrative is that if the government is reopening, it’s better and they can relax more,” said Fernando Garcia, founder and executive director of the Border Network for Human Rights in El Paso, Texas, a group that has distributed thousands of masks to people who could not afford them.

Dr. Rachel Rubin, senior medical officer at the department of public health in Cook County, Illinois, said infections, hospitalizations and deaths have fallen sharply in the Chicago area but another wave is inevitable. Its severity could be lessened by actions people take now.

“People … are not used to just listening to authority saying, ‘This is what you need to do.’ But from a public health perspective it’s critical that we try to abide by these guidelines as best we possibly can,” especially physical distancing of six feet or more, said Rubin.

Even if they are taking precautions, though, many Americans balk at the idea of contact tracing, which health officials say must be paired with testing to quickly extinguish outbreaks of new infections. 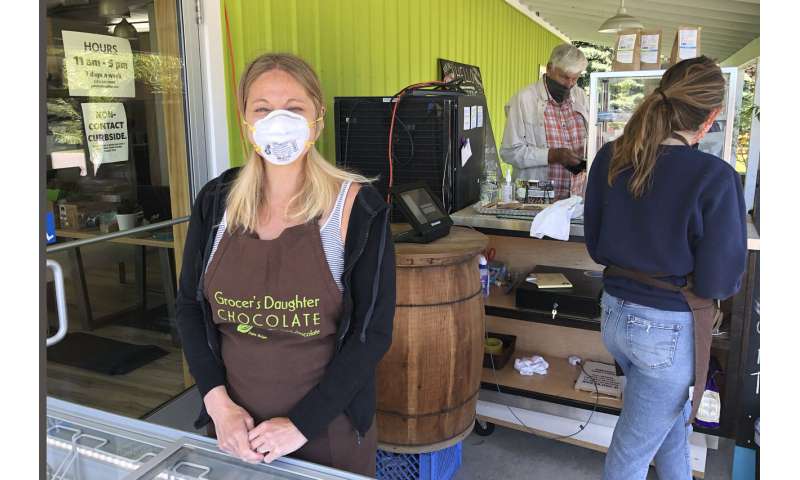 Bartholomew said she probably wouldn’t participate, “mainly because there’s so little privacy in anything anymore … and the term ‘tracking device’ is something that just doesn’t make me feel good.”