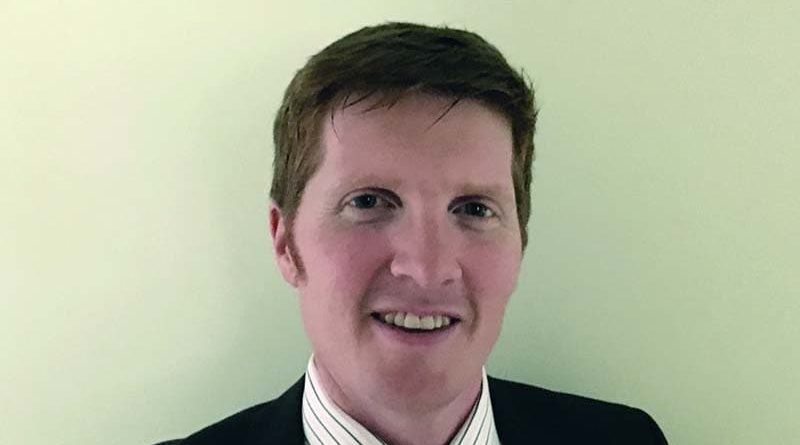 Helen Tanner remembers stealing glimpses of her husband, Philip (“Phil”) Robinson, MBChB, PhD, associate professor at the University of Queensland, Australia, catching and rehoming huge Huntsman spiders. Robinson made the extra effort because he didn’t want to hurt them; he wasn’t a big fan of the large spider with a potential leg span of 6 inches that’s commonly found in Australia, per the Australian Museum.

Robinson also relished taking his children, Eddie, 4, and Tommy, 7, on rollercoaster rides, which they enjoyed, despite the experience typically giving him motion sickness, Tanner said.

“He would do anything to make the children happy,” she said. “His children meant the world to him.”

Robinson died January 3 as a result of diffuse gastric adenocarcinoma, according to his wife, who added that it was a short, 2-week-long illness.

Helen Tanner remembers stealing glimpses of her husband, Philip (“Phil”) Robinson, MBChB, PhD, associate professor at the University of Queensland, Australia, catching and rehoming huge Huntsman spiders. Robinson made the extra effort because he didn’t want to hurt them; he wasn’t a big fan of the large spider with a potential leg span of 6 inches that’s commonly found in Australia, per the Australian Museum.

Robinson also relished taking his children, Eddie, 4, and Tommy, 7, on rollercoaster rides, which they enjoyed, despite the experience typically giving him motion sickness, Tanner said.

“He would do anything to make the children happy,” she said. “His children meant the world to him.”

Robinson died January 3 as a result of diffuse gastric adenocarcinoma, according to his wife, who added that it was a short, 2-week-long illness.

Jinoos Yazdany, MD, MPH, chief of the division of rheumatology at Zuckerberg San Francisco General Hospital and professor of medicine at the University of California San Francisco, described Robinson as “one of the hardest-working people I have ever known…[still] his deep love and dedication for his family and kids was always present.”

Robinson would wake up early, even on weekends, to lead international calls across multiple time zones, Yazdany said. “He was driven by a deep curiosity and an intense desire to generate scholarship that would help people with rheumatic diseases.”

Yazdany added that Robinson had a full research portfolio in gout and spondyloarthritis and a busy clinical practice.

She often caught glimpses of Robinson’s young children during Zoom calls. “He was also a talented baker, and loved to bake with his kids, often posting pictures of his creations on social media,” Yazdany said.

A mutual colleague compiled some of Robinson’s baking successes. That includes “‘probably about to be locked down’ cookies” on July 17, 2021, and “Queensland lockdown cookies!!!” on July 2, 2021. Reuters reported on July 21, 2021, that Australia was witnessing an alarming increase in COVID-19 cases.

Robinson also worked his social media skills to rally support for the COVID-19 Global Rheumatology Alliance, according to an article published by his colleagues in The Rheumatologist. Yazdany collaborated with him in this effort.

Launched on March 12, 2020, the Global Rheumatology Alliance’s mission is to “collect, analyze, and disseminate information about COVID-19 and rheumatology to patients, physicians, and other relevant groups to improve the care of patients with rheumatic disease.” Robinson served as chair of governance and policy for the collaborative effort.

Inspired by a conversation on Twitter by Leonard Calabrese, DO, a rheumatologist at the Cleveland Clinic in Ohio, about an outcomes registry created by gastroenterologists specific to patients with inflammatory bowel disease, Robinson launched a discussion about a similar effort for rheumatology on Twitter, they write.

Along with colleagues and within a single Zoom conference call, Yazdany and Robinson had a plan to organize the registry, Robinson’s colleagues write.

Two projects of the Global Rheumatology Alliance are a healthcare provider–entered registry for providers to enter data about rheumatology patients with COVID-19 infections, and their COVID-19 Vax Survey, which is available in 12 languages, including English.

Yazdany had never met Robinson before she started working with him on the Global Rheumatology Alliance. They started chatting on Twitter, then moved to Zoom conference calls, and subsequently had weeks when they talked by phone and “emailed constantly,” she said.

“As I reflect on our initial interactions, I am struck by how brilliantly we got along and trusted each other,” Yazdany told Medscape Medical News. “We both liked to think big, believed in inclusive collaborations, and were committed to helping people with rheumatic diseases during a scary and uncertain time.”

Still, Yazdany noted that she and Phil brought different strengths to their collaborations. She brought her skills related to the technical aspects of research databases, while “Phil worked his magic in mobilizing friends and colleagues from all over the world,” she said. “He served as a wonderful leader, one whom people believed in and would follow.”

The two colleagues, who spent much of their collaborations over Zoom calls, email, and Slack, while living more than 7000 miles apart, finally met in person at ACR Convergence 2022, which took place in Philadelphia that year. “It felt like the best kind of reunion with a dear friend,” Yazdany remembered.

David Liew, MBBS, PhD, consultant rheumatologist and clinical pharmacologist at Austin Health in Melbourne, Victoria, Australia, marveled at Robinson’s ability to “distill things simply and cleanly, with clarity but without losing detail.” Liew, who collaborated with Robinson throughout the COVID-19 pandemic, likens the experience to “jamming with [jazz musician John] Coltrane.”

“What I think was particularly remarkable was the capacity to not only have those thoughts himself, but to facilitate others to have that springboard,” said Liew, who added that Robinson “took enormous pleasure in facilitating others’ success.”

“I think the greatest joy he drew out of the COVID-19 Global Rheumatology Alliance, apart from facing up to the challenge that needed to be faced, was creating a platform for good people to do great things,” said Liew, who recalled one situation where Robinson gently challenged him. Looking back now, Liew can “now see he very clearly was laying me up, giving me the best chance to shine.”

He describes Robinson as “a deep soul who loved his wife and two sons enormously” and “a whisky aficionado.” “[Whisky] suited his contemplative style,” Liew recalled. “Some of my fondest conversations with him were over a whisky, either in person or virtually, pondering the ‘big issues.'”

A “Friend and a Colleague and So Much More”

Claire Barrett, MBBS, president of the Australian Rheumatology Association, described Robinson as a “friend and a colleague and so much more…[he was] someone who I worked, laughed, ate, drank, danced, and had fun with,” she told Medscape Medical News. They served together as volunteers for the Australian Rheumatology Association and its Queensland branch, as well as Arthritis Queensland; they were also colleagues at Metro North Hospital and Health Service in Brisbane, Queensland.

Robinson was her “go to” for insightful comment on a variety of topics, she said. That could be advice on managing a patient with difficult gout, challenging spondyloarthritis, or the best treatment for a patient with COVID-19.

“[Phil] was a friend I could ask about anything, knowing I would not be judged,” Barrett said. “His kids and our grandkids are similar ages, so we would swap stories and photos and laugh about how cute/funny/cuddly/busy/etc they were. My heart is broken he won’t get the chance to enjoy their future and the excitement of having Phil continuing to be such an active dad.”

Tanner, Robinson’s wife, said, “he loved everything.” That included the academic side of medicine, and working out what was wrong with his patients and helping them get better. “He was dedicated to this,” she added.

“He also loved the camaraderie of the job, all the people he met and interacted with. [Phil] loved sharing his ideas for research and also discussing complex patients with colleagues. He was driven by finding the answers to problems and doing this as part of a team of researchers/clinicians. He wasn’t interested in personal success.”

Before his death, he worked at the Royal Brisbane and Women’s Hospital in Herston, Queensland, and at St Andrew’s War Memorial Hospital in Spring Hill in Brisbane.