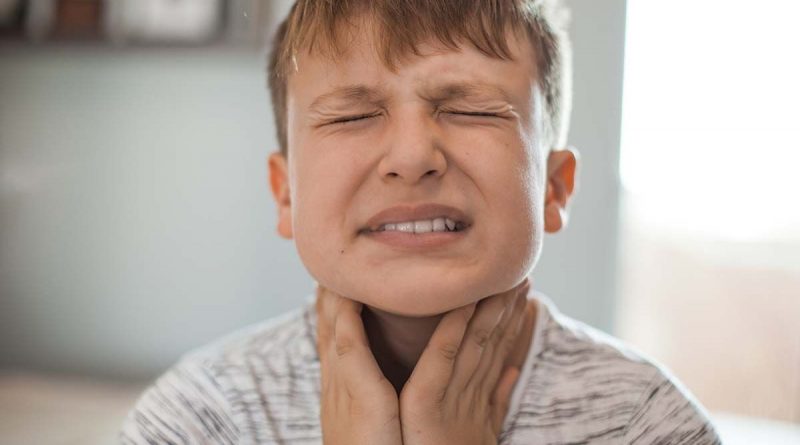 Dr Amir details most common symptoms of Strep A

Scarlet fever is a contagious infection triggered by bacteria called group A streptococci. These bacteria can also spur on other respiratory and skin infections such as Strep throat and impetigo. Scarlet fever cases are currently “three times higher” than in a normal season, according to the UK Health Security Agency (UKHSA). Fortunately, pharyngitis could help you identify the condition promptly.

Health officials are urging parents to look out for symptoms of scarlet fever in their children following a surge in cases.

The bacterium behind Strep A can also lead to this contagious infection which was rife in the Victorian era.

Characterised by a body rash with a sandpapery feel, scarlet fever can cause a whole host of flu-like symptoms.

According to the NHS, one of the “first” signs of this disease can be pharyngitis.

READ MORE: The colour in your poo that is ‘early sign’ of bowel cancer – seen in 89% of cases

This type of sore throat can often be accompanied by swollen neck glands – think large lumps on the side of your neck.

The throat can be covered by white or yellowish spots as well. You might also spot a “strawberry tongue”, which details a tongue that looks red and bumpy and is often covered with a white coating early in the disease.

Apart from the signs that target the mouth, throat and neck, scarlet fever also causes tell-tale signs including:

The NHS urges seeing a GP if you or your child suffer from symptoms of scarlet fever.

The cases of this contagious disease continue to rise across the UK, with experts reporting figures that are three times higher than usual.

Professor Susan Hopkins, the chief medical adviser at the UKHSA, told BBC Radio 4’s Today programme: “The latest with scarlet fever and strep A infections are that we’ve seen just over 7,500 notifications of scarlet fever, and that’s probably an underestimate.

“We have a lot of reports in the past few days so we expect it to be even higher.

“That’s about three times higher than the same time in a normal season. The last bad season we had in 2017-18.”

What’s worse, the health officials don’t think the number of cases has peaked yet, suggesting more deaths might be likely.

This upward trend can also be seen with cases of invasive group A strep (GAS), the most severe and unusual form of infection.

According to the UKHSA, invasive disease occurs on “rare occasions” when group A streptococci gets into the bloodstream.

The latest figures show that at least 19 children have now died across the UK from invasive strep A disease.

“Whilst still uncommon, there has been an increase in invasive Group A strep cases this year, particularly in children under 10,” the health body reports.

Parents are urged to contact NHS 111 or their GP if they suspect scarlet fever or other Strep A infection because early treatment can reduce the risk of complications.