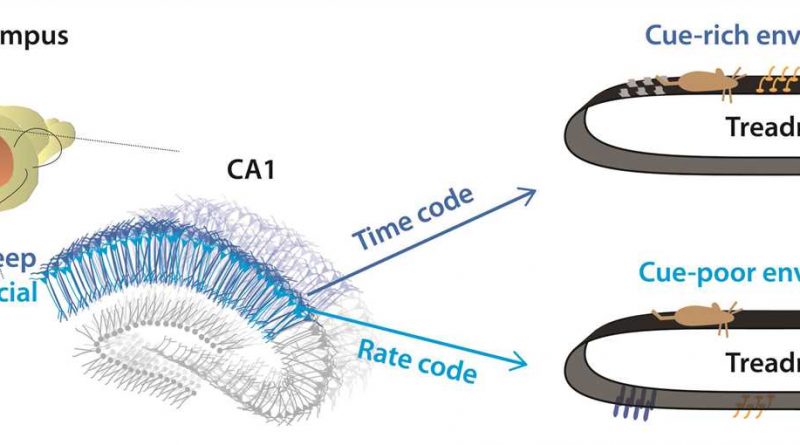 Finding routes to destinations and remembering special places are governed by a brain region that functions like a GPS navigation system. When taking a new path for the first time, people pay attention to the landmarks along the way. Owing to this neural navigation system, it becomes easier to find destinations along the path once it has been navigated. Based on a variety of animal experiments, scientists have learned that cells in the hippocampus are responsible for spatial perception and are activated in discrete positions of the environment, for which reason they are called place cells. However, how place cells store long-term memories of locations and encode particular positions in the environment is still not understood.

The Korea Institute of Science and Technology (KIST) announced that the research team led by Sebastien Royer at KIST Brain Science Institute (BSI), in collaboration with a research team at New York University (NYU), report that place cells in the hippocampus encode spatial information using two distinct, interchangeable information processing mechanisms referred to as a rate code and a phase code, somewhat analogous to the number and spatial arrangement of bar codes. In addition, the research team found that parallel neural circuits and information processing mechanisms are used depending on the complexity of the landmarks along the path.

The KIST and NYU research teams identified fundamental principles of information processing in the hippocampus by conducting two types of spatial exploration experiments. In the first type of experiment, the researchers used a treadmill with a long belt in a well-controlled spatial environment for mice, and trained the animals to run on the belt sequentially through a section cleared of any objects and another section furnished with small objects. The second type of experiment was conducted with rats foraging in a circular arena that was either completely empty or filled with objects. To analyze neural activity, they implanted silicon probe electrodes in CA1, the subregion generating the main output of the hippocampus, and in CA3, a subregion of the hippocampus suspected of playing an important role in spatial memory formation. 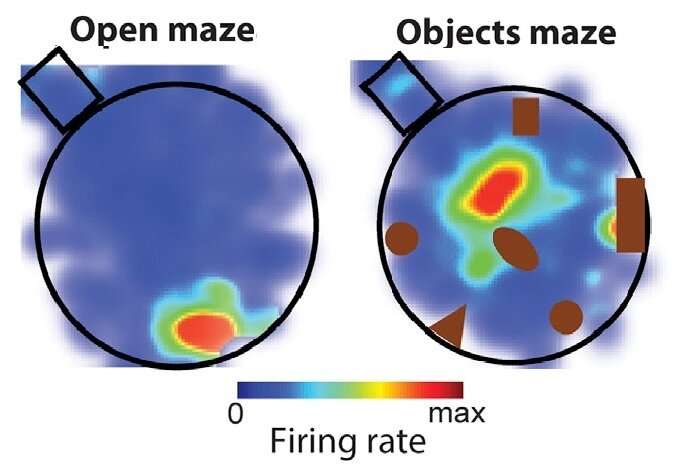 These findings suggest that the circuit using the rate code is more strongly associated with providing information about overall positioning and spatial perception, whereas the circuit using the phase code is more strongly associated with remembering the precise location of an object and spatial relationships. Aside from this, the respective contribution of inputs from CA3 and the entorhinal cortex was also analyzed. It is known that the CA1 subregion receives information from both the CA3 region and the entorhinal cortex. In this study, based on differences in fast network gamma oscillations, the researchers found that superficial CA1 cells receive information primarily from CA3 in the simple environments, whereas deep CA1 cells receive information primarily from the entorhinal cortex in the complex environments.

Sebastien Royer, principal investigator at KIST, said ,”This study improves our understanding about how the hippocampus processes information, which is a critical step for understanding the general mechanisms of memory. Such basic-level understanding will eventually help the development of technologies for the diagnosis and treatment of brain disorders related to hippocampal injury such as Alzheimer’s dementia, amnesia, and cognitive impairment, and might inspire the development of some AI.”

The research team headed by Sebastien Royer, Ph.D. has been gradually expanding the understanding of information storage and processing in memory-related brain areas using diverse approaches. In a study combining mouse experiments and neural network modeling published last year in the journal Nature Communications, the same team identified the process by which granule cells in the dentate gyrus region of the hippocampus develop a uniform mapping of the space during spatial learning.