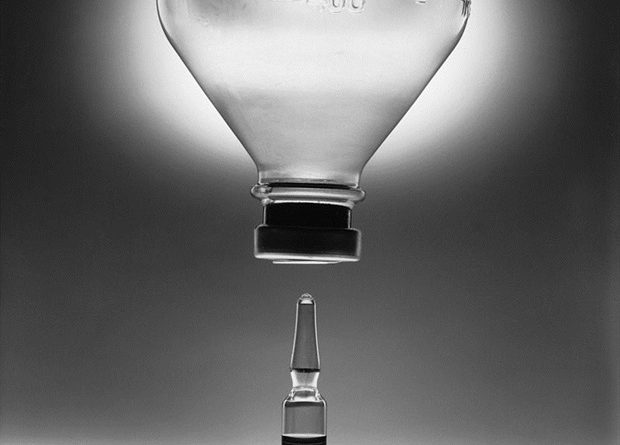 Osimertinib was the first drug to be approved for adjuvant treatment after complete tumour resection in adults with stage IB to IIIA non-small cell lung cancer (NSCLC). In an early benefit assessment, the German Institute for Quality and Efficiency in Health Care (IQWiG) investigated whether the drug, compared with the appropriate comparator therapy, offers an added benefit to patients with an epidermal growth factor receptor (EGFR) exon 19 deletion or exon 21 substitution mutation.

In the case of non-small cell lung cancer, complete removal of the tumour is often followed by recurrences, for example in the form of distant metastases. The patients then receive adjuvant chemotherapy, which, however, is often unable to curtail the metastases and which is unsuitable per se for other patients. In these cases, a so-called tyrosine kinase inhibitor can be used, which is directed against the epidermal growth factor receptor that is altered or produced excessively in the affected patients. A drug from this substance class, osimertinib, has now been approved for such adjuvant use.

In its dossier, the manufacturer assumes that its drug is an option only in a few cases, if any, for patients who have not yet received adjuvant platinum-based chemotherapy despite suitability. Therefore, it only lists one study whose participants correspond to research question 2, i.e. who either have already undergone adjuvant platinum-based chemotherapy or who cannot receive such therapy. The ongoing randomized controlled trial compares osimertinib with placebo and includes adults with stage IB to IIIA NSCLC after complete tumour resection whose tumours had EGFR mutations in the form of exon 19 deletion or exon 21 substitution mutation (L858R).

Quite a few participants in the study – one quarter to three quarters, depending on the disease stage – have not received adjuvant chemotherapy before, and the reasons for this remain open. It is thus unclear whether platinum-based chemotherapy would not have been suitable for some of them. These patients would therefore not fall under the research question. The data basis allows conclusions on the added benefit of osimertinib, however, the uncertainty permits at most the derivation of hints.

An added benefit compared to watchful waiting in the outcome category "mortality" is not proven for patients who have already received adjuvant platinum-based chemotherapy or for whom this therapy is not suitable. In the category "morbidity", the study data show an added benefit for the outcome "recurrence": Recurrences occurred less frequently in the osimertinib arm than in the placebo arm.

An added benefit is not proven for the mental aspects of health-related quality of life. For the physical aspects of health-related quality of life, there is a hint of lesser benefit of osimertinib compared to watchful waiting for patients in stages II and IIIA; there is no proof of greater or lesser benefit for patients in stage IB.

In some outcomes of the category "side effects", there are hints of greater harm from osimertinib versus watchful waiting.

However, these negative effects do not completely outweigh the major advantage in the outcome "recurrence". In summary, there is a hint of considerable added benefit for patients who have already received adjuvant platinum-based chemotherapy or for whom it is not suitable.

There are no suitable study data on the treatment of patients without prior adjuvant platinum-based chemotherapy, so that an added benefit of osimertinib versus the appropriate comparator therapy is not proven for these patients.

G‑BA decides on the extent of added benefit

The dossier assessment is part of the early benefit assessment according to the Act on the Reform of the Market for Medicinal Products (AMNOG) supervised by the G-BA. After publication of the dossier assessment, the G-BA conducts a commenting procedure and makes a final decision on the extent of the added benefit.

Institute for Quality and Efficiency in Health Care