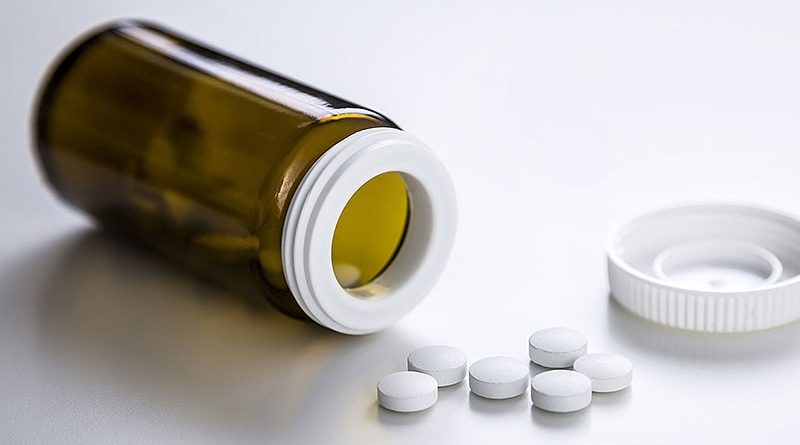 The proportion of patients who obtained an opioid prescription for hydrocodone after Mohs micrographic surgery fell by 21.7% between 2011 and 2020, while the use of tramadol increased by 26.3% between 2009 and 2020, according to a cross-sectional analysis of national insurance claims data.

“The frequency of opioid prescriptions after Mohs surgery went up a little bit from 2009 to 2011, but then it subsequently decreased,” said Ms. Veerabagu, a 4th-year student at Tulane University, New Orleans. “It very much correlates with the overarching opioid trends of the time. From 2010 to 2015, research questioning the safety of opioids increased and in 2012, national prescriptions claims for opioids began to decrease. More media outlets voiced concerns over the growing opioid epidemic, as well.”

As she and her associates noted in their study, published online Sept. 22 in JAMA Dermatology, sales of opioids skyrocketed, increasing by 400% from 1999 to 2011, while prescription opioid–related deaths exceeded deaths caused by heroin and cocaine combined.

“In 2016, the U.S. Department of Health and Human Services declared the opioid epidemic a public health emergency, and the Centers for Disease Control and Prevention released guidelines to curtail unnecessary opioid prescriptions,” they wrote. “Unfortunately, overdose deaths involving prescription opioids continued to increase even after these measures.”

The researchers drew from Optum Clinformatics Data Mart (Optum CDM), a nationally representative insurance claims database, and limited the analysis to 358,012 adults who underwent Mohs surgery and obtained an opioid prescription within 2 days of surgery in the United States from Jan. 1, 2009, to June 1, 2020. They found that 34.6% of patients underwent Mohs surgery with opioid claims in 2009. This rose to a peak of 39.6% in 2011, then decreased annually to a rate of 11.7% in 2020.

“The switch from very addictive opioids like hydrocodone and oxycodone to weaker opioids like tramadol was fascinating to see,” said Ms. Veerabagu, who conducted the study during her research fellowship in the department of dermatology at the University of Pennsylvania, Philadelphia. “I remember at first thinking I had coded the data wrong. I reviewed the results with the team to ensure it was correct. We noticed that propoxyphene prescriptions suddenly dropped to 0% in 2011.” She found that the FDA warning in 2010 and recall regarding the use of propoxyphene because of cardiotoxicity correlated with her data, which, “in addition to the thorough review, convinced me that my coding was correct.” Prior to 2011, propoxyphene constituted 28% of prescriptions in 2009 and 24% of prescriptions in 2010.

In an interview, Maryam M. Asgari, MD, professor of dermatology at Harvard Medical School, Boston, said that the findings support recent opioid prescription recommendations following Mohs and other dermatologic procedures from professional societies including those from the American College of Mohs Surgery.

“More awareness has been raised in the past decade regarding the opioid epidemic and the rise of opioid abuse and deaths,” she said. “There has been increased scrutiny on procedures and prescribing of opioids post procedures.”

State-led efforts to lower the number of opioid prescriptions also play a role. For example, in 2016, Massachusetts launched the Massachusetts Prescription Awareness Tool (MassPAT), which imposes a 7-day limit on first-time prescriptions of opioids to patients and mandates that all prescribers check the prescription drug monitoring program before prescribing schedule II or III substances.

“The MassPAT system also gives you quarterly data on how your opioid prescriptions compare with those of your peers within your specialty and subspecialty,” Asgari said. “If you’re an outlier, I think that quickly leads you to change your prescribing patterns.”

Asgari noted that most opioids prescribed in the study by Ms. Veerabagu and colleagues were for cancers that arose on the head and neck. “There is still a perception among providers that cancers that arise in those anatomic sites can potentially cause more discomfort for the patient,” she said. “So, knowing more about the degree of pain among the head and neck cases would be an area of knowledge that would help provider behavior down the line.”

Ms. Veerabagu acknowledged certain limitations of the study, including the fact that unfilled prescriptions could not be accounted for, nor could opioids not taken or those obtained without a prescription. “We cannot survey patients in insurance claims database studies, so we have no way of knowing if everyone’s pain was adequately controlled from 2009 to 2020,” she said.

“The main takeaway message is to make sure doctors and patients share an open dialogue,” she added. “Informing patients of the major pros and cons of the appropriate postoperative pain management options available, including opioids’ addiction potential, is crucial. We hope our study adds to the larger continuing conversation of opioid usage within dermatology.”

The study’s senior author was Cerrene N. Giordano, MD, of the department of dermatology at the Hospital of the University of Pennsylvania, Philadelphia. Coauthor Jeremy R. Etzkorn, MD, is supported by a Dermatology Foundation Career Development Award in Dermatologic Surgery; coauthor Megan H. Noe, MD, MPH, reported receiving grants from Boehringer Ingelheim outside the submitted work. Another coauthor, Thuzar M. Shin, MD, PhD, reported receiving grants from Regeneron outside the submitted work. Asgari disclosed that she has received support from the Melanoma Research Alliance. She also contributes a chapter on skin cancer to UpToDate, for which she receives royalties.