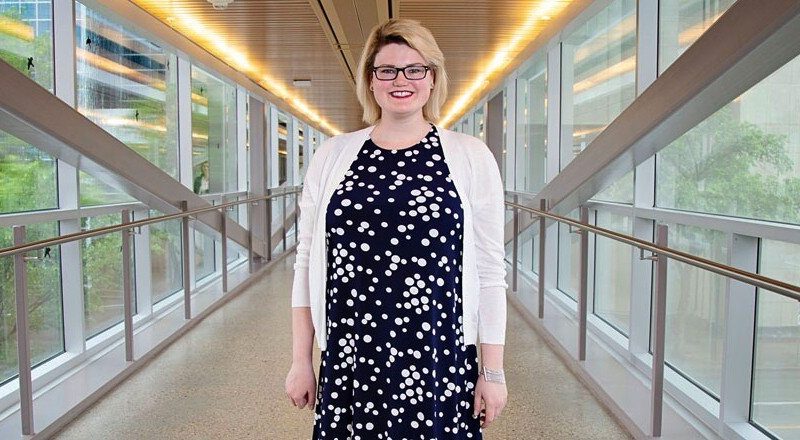 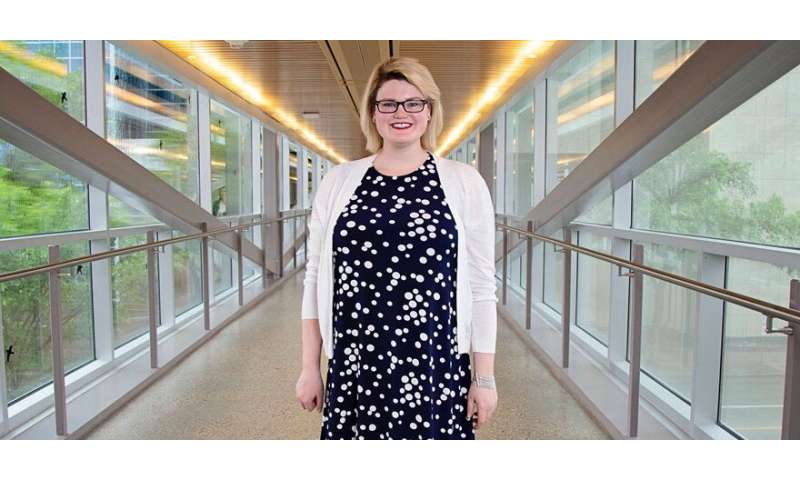 Cancer clinicians have a new tool that can predict how a proposed treatment for childhood cancer may influence the onset of one type of premature menopause, thanks to the work of a University of Alberta master’s student.

Rebecca Clark, who recently graduated from the School of Public Health, created a free online risk calculator that allows clinicians to input the proposed treatment exposures for their patients and know how likely it is the treatment will influence menopause development.

If the risk of acute ovarian failure—the development of menopause within the first five years after a cancer diagnosis—is calculated to be low, Clark said the clinician can focus on the child’s survival first, before going back to address any risk of non-surgical premature menopause that may develop more than five years after treatment.

Clark explained that although the odds of surviving a childhood cancer diagnosis has increased significantly—from a five-year survival rate of 58 percent in the mid-1970s to nearly 90 percent today—the research focus on survival has had unintended and long-term consequences for those who beat cancer.

“One percent of women will prematurely develop menopause before age 40, but that number jumps to 15 percent for girls who survive childhood cancer due to chemotherapy and radiation exposures,” said Clark. “In addition to reproductive loss and bone loss, these girls are more likely to report feelings of anxiety, depression and insecurity.”

Funded by the Stollery Children’s Hospital Foundation through the Women and Children’s Health Research Institute, Clark focused her master’s thesis on the reproductive problems females can develop—specifically, risk prediction for premature menopause. Part of the study results were published in The Lancet Oncology just after the risk calculator became available last January.

“We wanted to be able to provide these girls and their families a little glimpse into the future so that they are prepared, and also to allow for interventions,” said Clark. “If menopause is reached early, they may need hormone replacement therapy to start their period or to maintain regular body hormones.”

As it is, Clark said, more than 99 percent of childhood cancer survivors will develop at least one type of chronic condition, from heart disease and diabetes to second cancers.