Home » Health News » On the path toward non-addictive painkillers 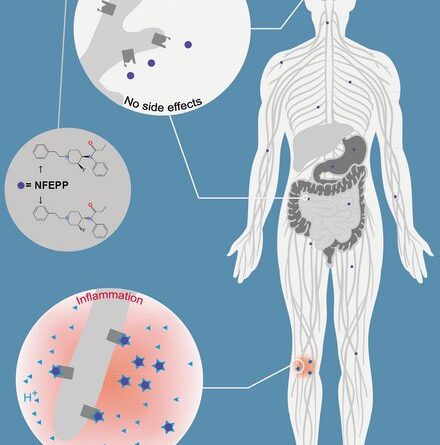 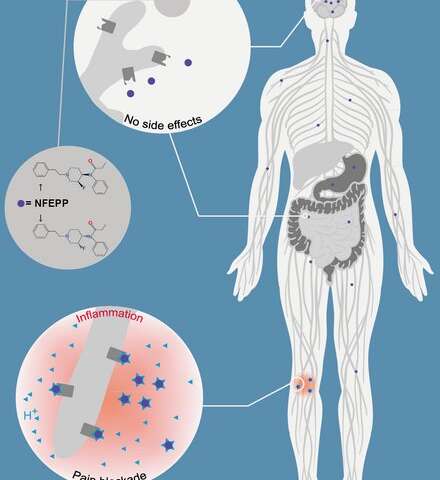 Opioid-containing painkillers are virtually indispensable in clinical practice and are typically used in postoperative patients and patients undergoing cancer treatment. In addition to having severe side effects, however, these drugs have also been associated with extensive misuse, particularly in the United States. Recent findings by a team of researchers from Charité – Universitätsmedizin Berlin represent a significant step towards the development of a new generation of painkillers. Published in Scientific Reports, their findings show that tissue acidity—or tissue pH—at the source of the pain (i.e. injury) is a crucial determinant in the development of new drugs. This is because the fine-tuning of an opioid molecule’s acid dissociation constant (pKa) will determine its risk profile, including its addiction potential.

Opioids have powerful pain-relieving effects but can quickly lead to dependence. For some time, these drugs have been prescribed too readily, particularly in the United States, where opioid addiction is so widespread that the situation is referred to as the ‘opioid crisis.’ Germany, too, is witnessing an increase in the prescription of opioid-containing drugs, which are now even used in patients with non-cancer-related chronic pain. What remains elusive to this day, is medication which offers powerful pain-relieving properties but is associated with fewer risks.

A group of researchers, led by Prof. Dr. Christoph Stein, Head of Charité’s Experimental Anesthesiology Unit on Campus Benjamin Franklin, has been trying to track down an alternative type of painkiller with fewer side-effects. Previous efforts resulted in the development of three new opioid substances—known as FF6, FF3 and NFEPP—which were developed in collaboration with applied mathematics colleagues from the Zuse Institute Berlin (ZIB). Using an animal model of inflammatory pain for a more in-depth study of these three substances, the researchers have been able to explore their pain-relieving effects in greater detail, while also examining typical side effects such as tiredness and constipation and studying the risk of respiratory arrest and addiction.

“When compared to the standard opioid—fentanyl—results of this new class of drugs speak for themselves,” says Prof. Stein, who is also a member of the Einstein Center for Neurosciences. “The more closely the pKa value of the binding molecule matches the acidity level of the inflamed or injured tissue, the more selective is the activation of the opioid receptors at the source of pain and the lower the risk of addiction or side effects. In the case of fentanyl, the pKa value is higher than normal physiologic pH. This standard opioid also enters the brain more readily.”

The researchers are exploring the option of alleviating inflammatory and postoperative pain by directly targeting the site of its origin—injured tissue. In contrast to conventional opioids, the new drugs will only activate opioid receptors (the docking stations for pain-relieving medication) under acidic conditions. This means they will only work in injured tissue; severe side effects will be prevented. “We used cultured cells to study the ways in which opioid receptors and opioid receptor-binding molecules interact at different pH levels. We did this to determine the chemical properties needed to optimize the effects of these new drugs. Some of the receptors were also genetically altered,” explains study lead Prof. Stein, and adds: “We came to the conclusion that the acid dissociation constant—or pKa value—determines a particular opioid molecule’s risk profile, i.e. its side effects, such as tiredness or respiratory arrest. Until now, nobody knew about the significance of pH and pKa values and their role in opioid safety.” A ground-breaking finding in the field of receptor research.

According to the researchers’ findings, both the fine-tuning of the pKa value and the formation of specific chemical bonds to opioid receptors will be crucial factors in the development of new types of drugs. Should this new generation of painkillers become a reality, both dangerous side effects and addiction potential could become a thing of the past. “Our previous clinical studies have already shown that the selective activation of peripheral opioid receptors in injured tissue, for instance by injection of conventional opioids like morphine, can have powerful pain-relieving effects in humans. We are therefore confident that our new class of drugs, which are now available for intravenous use for the first time, will turn out to be a success,” says Prof. Stein.