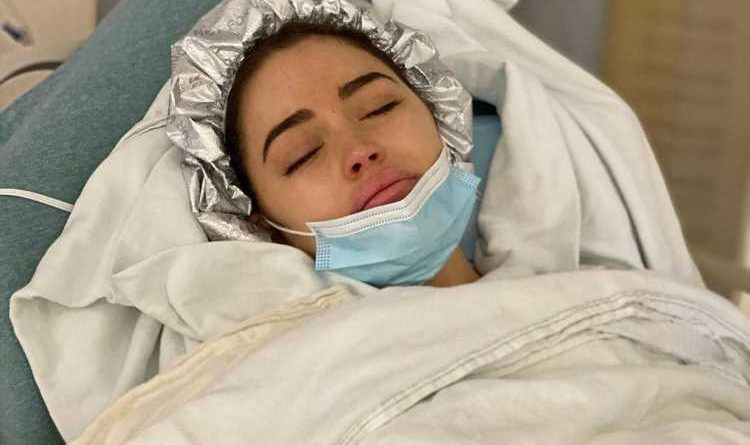 Olivia Culpo is opening up about her experience with endometriosis.

In an Instagram post on Thursday, the 28-year-old model spoke about the painful condition — which causes the uterine lining to grow outside of the uterus — and revealed, "Yesterday I had surgery for my endometriosis."

"Not a very glamorous post but I felt like I needed to share this to create more awareness around this disease," she began. "Endometriosis is a condition where tissue from the uterine lining decides to grow in other random parts of your body, causing pain."

"This can interfere with fertility and overall health and honestly – happiness. To top things off it is excruciatingly painful but nearly impossible to see through an ultrasound (unless you have endometrioma/chocolate cysts on your ovaries- that’s what I had)," Culpo continued. "I have been in agony for years around my period and I was misdiagnosed countless times by doctors." The former Miss Universe went on to share that people have dismissed her pain in the past, saying, "I know a lot of people out there in the Endo community are familiar with these diagnoses which is why I am so passionate about this. Painful periods are not normal!!!"

"To anyone out there who has endometriosis, I understand the depression, and overall loneliness that can occur with a condition that is so painful yet so hard to be interpreted by other people outside of the body," she wrote. "It’s hard when chronic pain is not validated and you don’t get an answer or understanding."

"To my Endo warriors, I will continue to spread more awareness around endometriosis so that your symptoms can be validated. You are not alone and you are so strong !!!!" she added.

Never miss a story — sign up for PEOPLE's free weekly newsletter to get the biggest news of the week delivered to your inbox every Friday.

On her Instagram Stories, Culpo documented part of her recovery process by sharing before-and-after shots of her stomach from the surgery.

"Here I am, post-op. My stomach looks like not what it used to," she said in a video, captioning the clip, "So swollen!!!"

Showing off three heart-shaped bandages covering the incisions on her torso, Culpo said she was "supposed to get a fourth" incision, but that surgery would've "taken over three hours."

"I wanted to be able to avoid scarring so I'm so happy, so grateful that it went well," she continued of her surgery. Culpo added in the caption of another post: "The side view is most alarming compared to before!!! Lost of inflammation but it will go down soon. I'll keep you guys updated as it heals." Culpo first opened up about having endometriosis in August, telling followers that she suffers from "the most excruciatingly painful cramps/periods" as a part of the condition.

"It was something that I was nervous to share because I really didn't know if people would be familiar with the condition, and it turns out a lot of women are," Culpo told PEOPLE a few weeks later. "I was shocked to see how many women have also suffered from endometriosis, and how many questions women have about painful periods. They're not normal, and they could get in the way of your fertility."

In October, Culpo revealed that she went to the ER for an ovarian cyst, which can form when endometriosis affects the ovaries, according to the Mayo Clinic.

"I feel like it’s so important we support one another by normalizing conversation around reproductive health," she said on her Instagram Stories at the time. "This stuff is not fun and we should not feel embarrassed to talk about it on top of it already being complicated at times."

In the December issue of SHAPE, Culpo said she struggled with pain for a long time before she was diagnosed with endometriosis "about a year and a half ago."

"I knew there was something wrong before that," she recalled. "I had gone to a number of doctors in agony — crying, shaking. When you’re living with chronic pain, you don’t know if you want to throw up or just curl into a ball and cry."