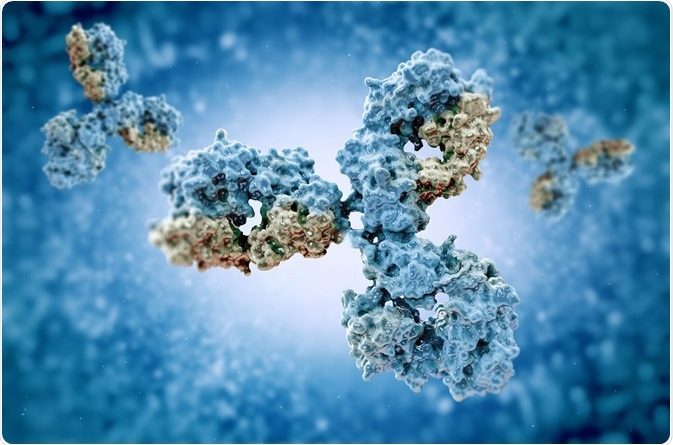 Nanobodies are therapeutic proteins derived from the heavy chain domains of IgG of camelids. In order to understand the significance of nanobodies, it is helpful to understand conventional antibodies. 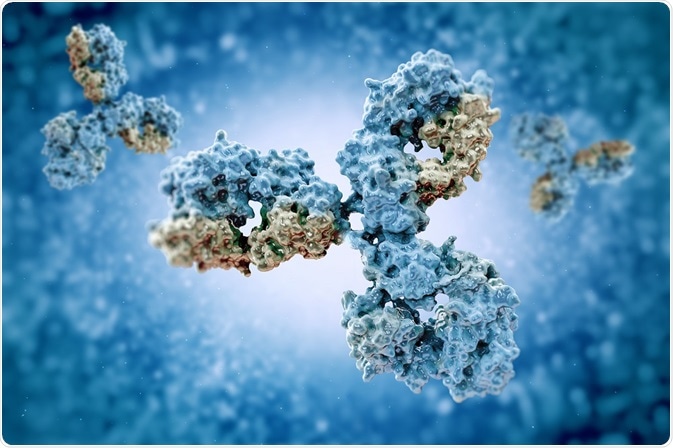 Conventional antibodies are proteins comprised of two heavy chains and two light chains. Each chain contributes to an antigen-binding site.

The target binding site of a conventional antibody has non-covalently associated variable domains: VH for the heavy chain component, and VL for the light chain component. Three peptide loops at the tip of each V-domain mediate target specificity of the molecule.

Camelid IgG antibodies have a highly soluble antigen-binding V-domain, known as VHH, or nanobody, due to its size in the nanometer range. Nanobodies have a hydrophilic side that corresponds to the light chain of a VH antibody domain.

Hamers-Casterman et al first discovered that camelids produce functional antibodies devoid of light chains. Single-domain antibodies have also been found in cartilaginous fish. However, antibodies from camels have been favored for biotech development because they are easier to handle.

Nanobodies have a number of advantages due to their single-domain structure. Libraries created from immunized camelids have full functional diversity, in contrast with the reduced diversity of conventional antibody libraries.

Thus, high-affinity antigen-binding nanobodies can be isolated by screening a limited number of clones from immune libraries without prior selection using display technologies.

The single-domain structure also enables molecular manipulation. Nanobodies can be engineered into multivalent formats to increase affinity or to produce bispecific antibodies. Nanobodies are also expected to be more suitable for single-cell production of a mixture of antibodies (oligoclonal antibodies) because they eliminate domain mispairing.

Nanobodies are functional at 90°C, in contrast to conventional antibodies. This increased stability is attributed to greater hydrophilicity of the VL interface region. Nanobodies can also recognize unusual antigenic sites such as enzyme active sites, and can thus be used as enzyme inhibitors.

The greater stability of nanobodies makes them very versatile in terms of potential applications. For example, they have been studied in shampoos for preventing dandruff, as capturing reagents for immunoaffinity purification, and as biosensors.

Nanobodies have promise in the field of oral immunotherapy because they are stable at a range of pH levels and can bind their target in the presence of high concentrations of agents that disrupt hydrogen bonds in water.

Other examples of therapeutic applications for nanobodies include sleeping sickness, infant diarrhea, dental cavities, and sepsis.

Since nanobodies were discovered in 1993, the field has been advancing rapidly. Nanobodies can be produced economically in microorganisms and are highly stable. They can be expressed in multivalent formats or as enzyme fusions, allowing a plug-and-play approach to development. Nanobodies are free of many of the complications and side effects found with conventional antibodies.

Catherine Shaffer is a freelance science and health writer from Michigan. She has written for a wide variety of trade and consumer publications on life sciences topics, particularly in the area of drug discovery and development. She holds a Ph.D. in Biological Chemistry and began her career as a laboratory researcher before transitioning to science writing. She also writes and publishes fiction, and in her free time enjoys yoga, biking, and taking care of her pets.