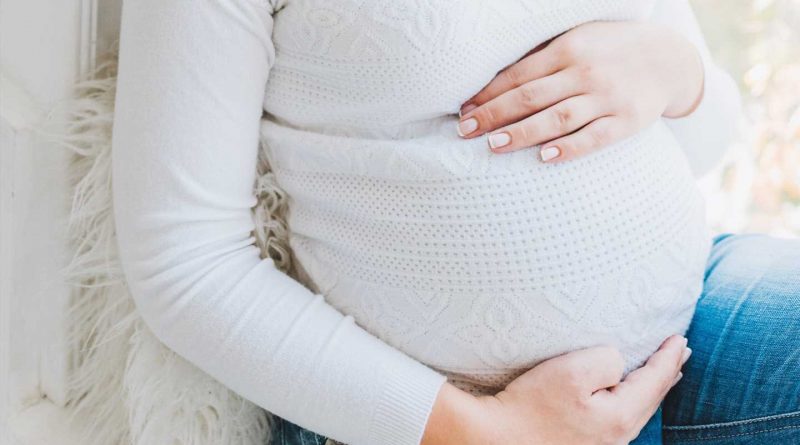 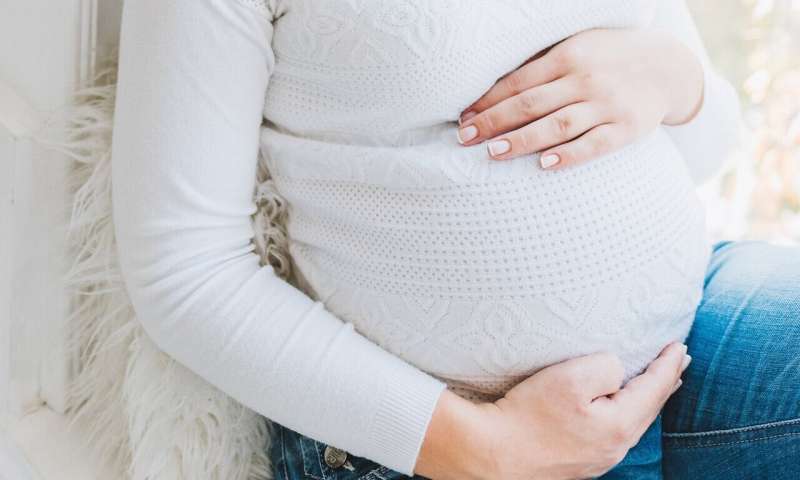 Why do some people age faster than others? One potential answer, a new UCLA-led study indicates, is that a mother’s stress prior to giving birth may accelerate her child’s biological aging.

The researchers found evidence that maternal stress adversely affects the length of a baby’s telomeres—the small pieces of DNA at the ends of chromosomes that act as protective caps, like the plastic tips on shoelaces. Shortened telomeres have been linked to a higher risk of cancers, cardiovascular and other diseases, and earlier death.

The findings are reported this month in the journal Psychoneuroendocrinology.

“Research on aging is beginning to identify some factors that might put a person on an accelerated aging path, potentially leading to diseases of aging such as metabolic disorder and cardiovascular disease much earlier in life than would be expected,” said the study’s lead author, Judith Carroll, an associate professor of psychiatry and biobehavioral sciences at the Cousins Center for Psychoneuroimmunology, part of the Semel Institute for Neuroscience and Human Behavior at UCLA. “What our research tells us is that we may have early environmental and maternal factors influencing where a person starts in life, which may set them on course to age faster.”

While several studies have reported that telomere length is shorter in newborns whose mothers reported high stress during either the first or third trimester of pregnancy, the new study tracked maternal stress prior to conception and followed up in the second and third trimesters. The researchers identified an especially important period in the third trimester—but not earlier—during which children are at higher risk for shortened telomeres.

Overall, the study followed 111 mothers and their children from preconception into early childhood. The women were from seven counties in North Carolina, one in Illinois and Washington, D.C. Between the ages of 3 and 5, the children provided cell samples from inside their cheeks, from which the researchers extracted DNA, including telomeres. The team was then able to compare childhood telomere length with the stress measurements they had taken while the children were in utero.

“This allows us to determine the contribution of stress at each of these times on the child’s telomere length,” Carroll said. “Past studies looked at newborn telomere length, and our findings look years later, when the child is 3 to 5 years old. We see evidence into childhood that telomere length continues to be shorter in those children exposed in utero to maternal stress. We think this finding is quite notable.”

“We have hypotheses,” Carroll said. “We know that stress can activate inflammation and metabolic activity, both of which, in high amounts, can contribute to damage to DNA. Telomeres are vulnerable to damage and, if unrepaired before cell division, they can become shortened by this damage. During in utero development, we know there is rapid cell replication, and we suspect there is increased vulnerability to damage during this time.”

A second UCLA-led study from the same research group found that women suffering from high stress during the months and even years before conception—defined as feeling overwhelmed and unable to cope—had shorter pregnancies than other women. Women who experienced the highest levels of stress gave birth to infants whose time in utero was shorter by one week or more.

“Every day in the womb is important to fetal growth and development,” said Christine Dunkel Schetter, a distinguished professor of psychology and psychiatry and senior author of both studies. “Premature infants have higher risk of adverse outcomes at birth and later in life than babies born later, including developmental disabilities and physical health problems.”

Dunkel Schetter, who heads the Stress Processes in Pregnancy Lab, which conducted the studies, noted that premature birth rates are unusually high in the U.S., compared to other nations with similar resources, and that low-income and African American women have higher rates of preterm birth. “Preventing preterm birth, with its adverse consequences for mothers and children worldwide and in the U.S., is a top priority,” she said.

These results, which appear in the journal Annals of Behavioral Medicine, are based on extensive in-home interviews with 360 mothers from largely low-income, racially diverse areas, many of whom live near or below the poverty level. In addition to collecting data on these women’s general stress levels, the interviewers obtained information about various types of environmental stress, including financial worries, job loss, a lack of food, chronic relationship troubles, parenting challenges, interpersonal violence and discrimination.

The researchers found that women who were exposed to the lowest or highest amounts of stress in their environment had the shortest pregnancies, while women who had a moderate level of environmental stress before conception had the longest pregnancies.

“Women exposed to moderate stressors in their environment may have developed coping strategies that serve them well both before and during pregnancy, while exposure to more severe stress challenges even women who normally cope very effectively,” said lead author Nicole Mahrer, who conducted the research as a UCLA postdoctoral scholar in health psychology and is now an assistant professor of psychology at the University of La Verne. She is also a co-author of the other study.

A moderate amount of stress in utero may help prepare the developing fetus for the environment to come, Mahrer said, especially if the mother has developed effective coping strategies.

“What we have not known until now,” Dunkel Schetter said, “is whether a mother’s psychosocial health before conception matters for her birth outcomes. This study is among the first to point out that, yes, it does matter.

“It may even be more influential than prenatal health because some of what is put in motion before conception may be hard to stop during pregnancy,” she added. “For example, a mother with dysregulated immune function due to stress may be at risk when she becomes pregnant. The abundance of stress for low-income parents is potent and potentially high risk for them and their children.”

These findings, Dunkel Schetter said, support the case for devoting more resources to programs for preconception health and well-being.

The scientists say their research just scratches the surface of the impact of mothers’ preconception health and the fetal environment on biological factors that affect children’s health.