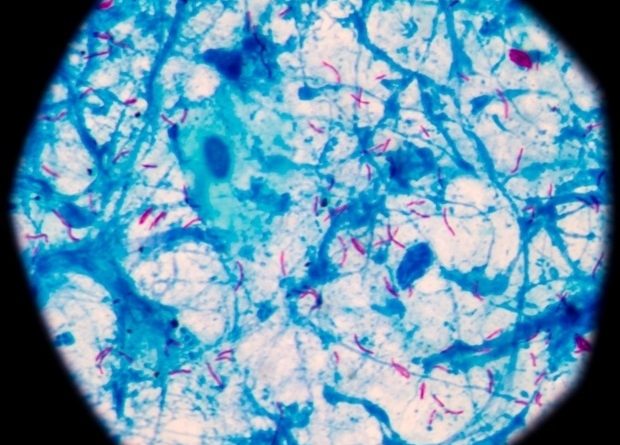 Climatic factors such as dew point temperature, relative humidity and atmospheric temperature that affect water droplet formation are crucial for the survival and spread of tuberculosis (TB), an airborne infectious disease, say researchers.

Caused by Mycobacterium tuberculosis, TB is a preventable and curable disease that claims almost 4,000 lives annually and infects nearly 28,000 people every day, says a study published April in Scientific Reports.

Environmental climate factors, such as temperature, dew point temperature and relative humidity are crucial in enabling the sustenance and spread of M tuberculosis and determining the temporal, seasonal changes in the occurrence of disease."

Rajendran Krishnan, an author of the study and senior scientist at the National Institute for Research in Tuberculosis, Chennai, India

Dew point is the temperature at which tiny water droplets form on surfaces, especially in the morning or evening. As exposed surfaces cool, moisture in the air condenses faster than it evaporates and forms water droplets in which the TB bacterium can survive, Krishnan tells SciDev.Net.

The study found that the progression of TB from latent infection to the active stage seemed to depend on higher dew point temperature and moderate ambient temperature in the summer and monsoon seasons, while relative humidity might be favored in the winter and post-monsoon seasons.

Earlier studies have indicated that changes in climatic factors affect the pattern and burden of TB, a public health problem with greater prevalence in low- and middle-income countries. "The rise in extreme climatic events induces population displacement resulting in a greater number of vulnerable and risk populations of tuberculosis," a study published in the International Journal of Biometeorologysaid.

Padmapriyadarsini Chandrasekaran, a co-author of the latest study, says that season-specific risk factors significantly influence the development of M. tuberculosis. "Time-series analysis of the monthly incidence of smear-positive pulmonary tuberculosis in China during 2004 to 2015 showed that cases topped in the period between January and March."

"Other studies have shown seasonal variation in TB occurrence with peaks in spring and summer and low prevalence in winter, underscoring the links to low immunity that may induce the TB reactivation risk in these seasons — possibly linked to vitamin D deficiency in winter," Chandrasekaran adds.

A Chinese study, published in Atmosphere in March also said there was a significant association between low apparent temperature (AT) and pulmonary tuberculosis (PTB). "It was indicated that the environment with low air temperature, suitable relative humidity and wind speed is more conducive to the transmission of pulmonary tuberculosis and low AT is associated significantly with increased risk of PTB."

"Usually, chilly mornings affect people who have pulmonary diseases including TB. Therefore, it is possible that dew point temperature has influence on TB to a limited extent," said, Jeesha C Haran, former head of the community medicine department at Medical College, in Thiruvananthapuram, India.

V. B. Vijayakumar, former vice-president of the Central Council of Indian Medicine, said it was generally observed that changes in climate affect TB patients. "Human beings are affected by climate change directly or indirectly and TB patients are known to be more vulnerable in winter and wet seasons," he told SciDev.Net.