Home » Milo Ventimiglia on This Is Us Costar Mandy Moore Becoming a Mom: 'What a Champion' 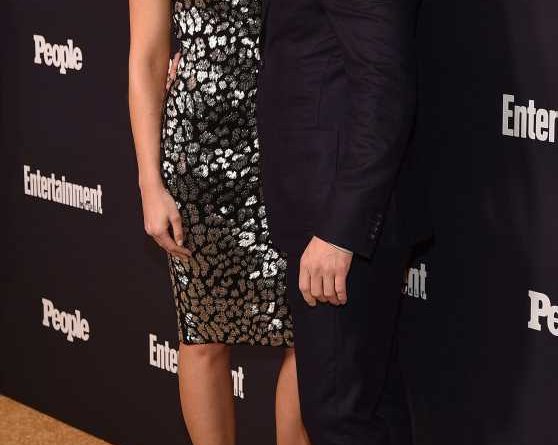 The This Is Us star, 43, tells PEOPLE about his excitement for Moore, 36, and her husband, Dawes frontman Goldsmith, as they are awaiting the birth of their first child, a baby boy, "any day now."

"We're all excited. She's ready, she's ready to go. And what a champion she is. She really wanted to work right up until the birth date and get through as much as we could," Ventimiglia says of his TV wife, who portrays Rebecca Pearson on the hit NBC series.

"Thank God for [creator] Dan Fogelman and the writers to be able to orchestrate the season to allow her time off, it's such a huge life event to go through, I imagine. Everything has been good. Mandy is truly the best," he continues.

Want to get the biggest stories from PEOPLE every weekday? Subscribe to our new podcast, PEOPLE Every Day, to get the essential celebrity, entertainment and human interest news stories Monday through Friday. Moore and Goldsmith, who tied the knot in 2018 in an intimate backyard wedding, first revealed their baby news on Instagram in September 2020 with each sharing a set of sweet black-and-white photos and writing, "Baby Boy Goldsmith coming early 2021 💙."

On Friday, the mom-to-be shared a gallery of new maternity photos showing off her pregnancy figure and joked that she's "still pregnant" with her baby boy.

"Still waiting for this little man to make an appearance (seriously the waiting and anticipation is almost too much – I kid). Anytime you're ready, sir," she wrote on Instagram.

In addition to being a great mom, Ventimiglia also tells PEOPLE that he thinks Moore will be a great director someday and wants to see his longtime costar get behind the camera.

"I keep telling Mandy, I want Mandy to direct. She's got such a creative eye, she's such a pro. She's not one to grab the camera and really talk about shots, lenses and angles from me when we're on set but she's so creative," says the actor, who directed the fifth episode of This Is Us season 4.

"She's such a pro, she's been on sets for more than 20 years. I'm always telling Mandy, 'When are you going to direct?' So I think we're going to see an episode directed by Mandy Moore too, which is going to be really exciting," he shares.

The upcoming Feb. 23 episode, titled "The Ride," was directed by Ventimiglia and Moore's costar Jon Huertas, who plays Miguel on the show.