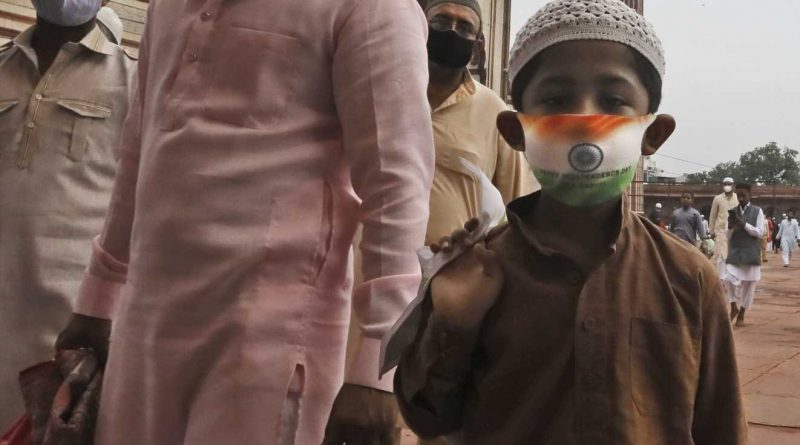 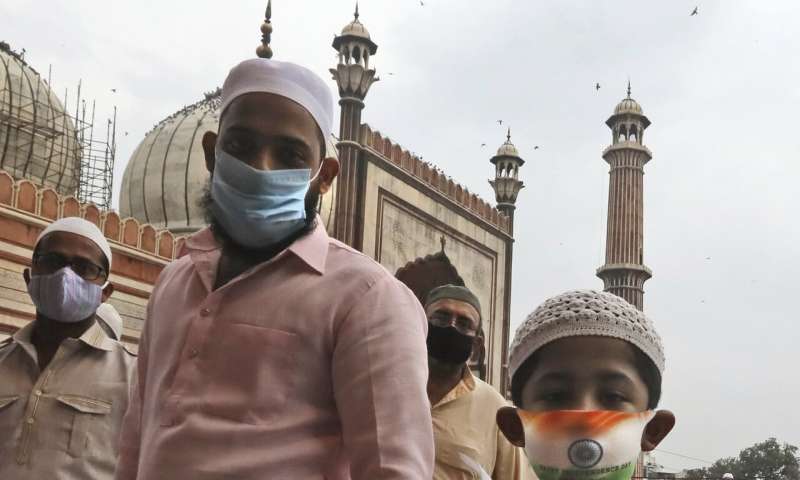 Mexico now has the third most COVID-19 deaths in the world, behind the United States and Brazil, while former success story Vietnam is struggling to control an outbreak spreading in its most famous beach resort.

China reported a more than 50% drop in newly confirmed cases in a possible sign that its latest major outbreak in the northwestern region of Xinjiang may have run its course.

However, in Hong Kong, infections continue to surge, with more than 100 new cases reported as of Saturday among the population of 7.5 million. Officials have reimposed dining restrictions and mask requirements.

South Korean prosecutors arrested the elderly leader of a secretive religious sect linked to more than 5,200 of the country’s 14,336 confirmed cases. He has denied charges of hiding members and underreporting gatherings to avoid broader quarantines.

Mexican health officials on Friday reported 688 new deaths, pushing the country’s total to 46,688. That put Mexico just ahead of the United Kingdom, which has 46,119, according to the tally by Johns Hopkins University.

In Vietnam, a third person died of coronavirus complications, officials said Saturday, a day after it recorded its first-ever death as it struggles with a renewed outbreak after 99 days with no local cases. 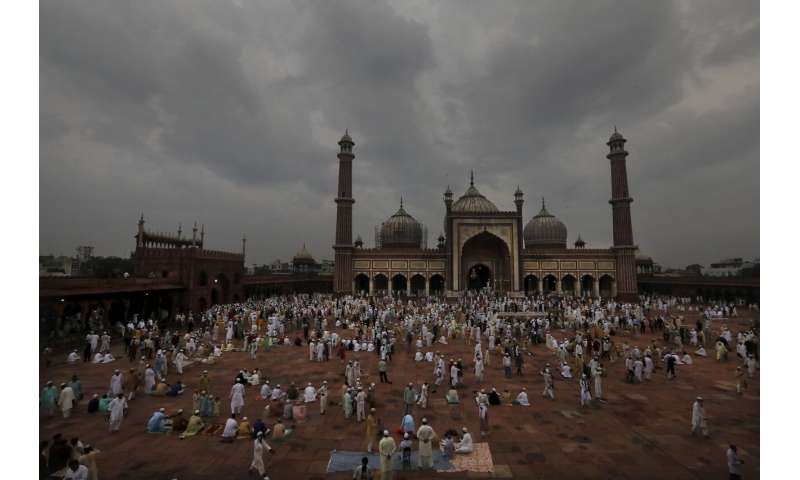 All three died in a hospital in Da Nang, a hot spot with more than 100 cases in the past week. Thousands of visitors had been in the city for summer vacation and are now being tested in Hanoi and elsewhere.

Twelve additional cases were confirmed on Saturday, all linked to Da Nang Hospital. The city has tightened security and set up more checkpoints to prevent people from leaving or entering the city, which has been in lockdown since Tuesday.

A makeshift hospital was set up in a sports auditorium and doctors have been mobilized from other cities to help.

“I want to be tested so I can stop worrying if I have the virus or not,” said Pham Thuy Hoa, a banking official who returned to the capital from Da Nang. “We must be responsible for the entire community.”

India recorded its steepest spike of 57,118 new cases in the past 24 hours, taking its coronavirus caseload close to 1.7 million, with July alone accounting for nearly 1.1 million infections. 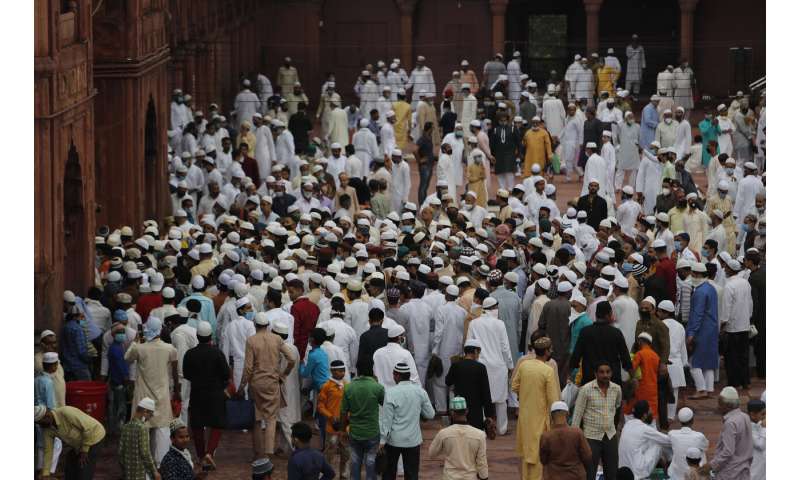 The country’s Civil Aviation Ministry delayed resumption of international flights by another month until Aug. 31. But it will continue to allow several international carriers from the United States, Europe and the Middle East to operate special flights to evacuate stranded nationals.

The global pandemic has impacted nearly every aspect of this year’s Muslim pilgrimage to Mecca, with as few as 1,000 pilgrims already residing in Saudi Arabia taking part, down from 2.5 million last year.

Poverty brought on by the pandemic is making it harder for many to join in the four-day Eid al-Adha, or “Feast of Sacrifice,” in which Muslims slaughter livestock and distribute the meat to the poor.

“I could hardly buy food for my family,” Somali civil servant Abdishakur Dahir said. “We are just surviving for now. Life is getting tougher by the day.” 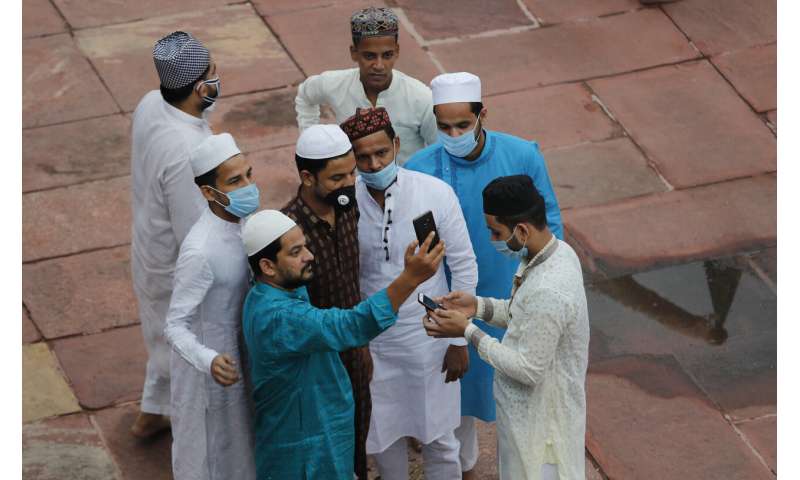 The Saudi Health Ministry said there have been no cases of COVID-19 among this year’s pilgrims. All were tested, their movements monitored with electronic wristbands and required to be quarantined before and after.

In the U.S., Hurricane Isaias’ imminent arrival forced the closure of some outdoor testing sites even as Florida reached a new daily high in deaths.

In Utah, the Salt Lake City School District Board of Education announced that its schools will start the year with all online-only classes in response to an increasing number of confirmed cases in the city. Just days after public schools around Indiana reopened their doors, at least one student and one school staff member in districts around Indianapolis have tested positive for the virus. 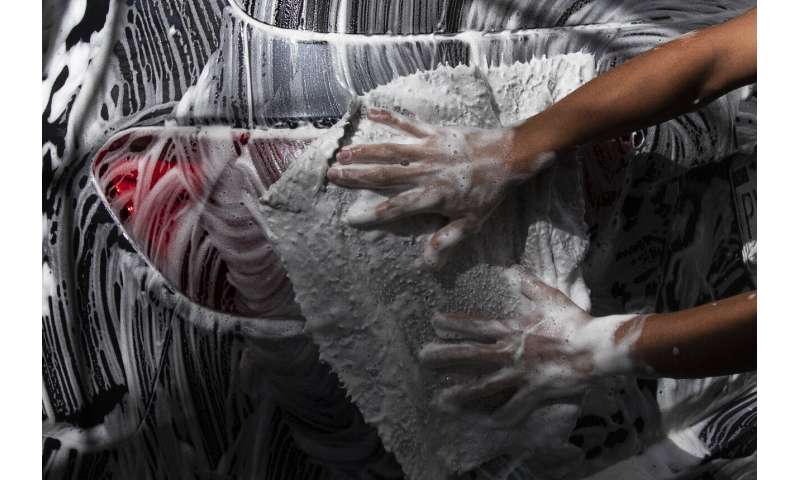 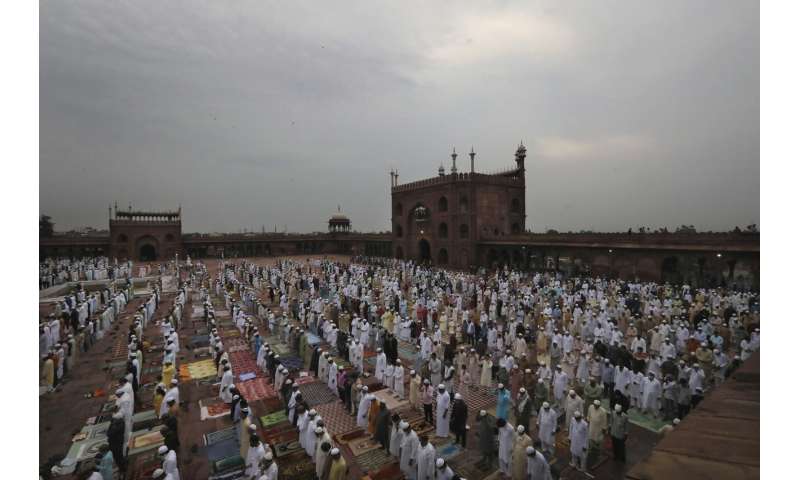 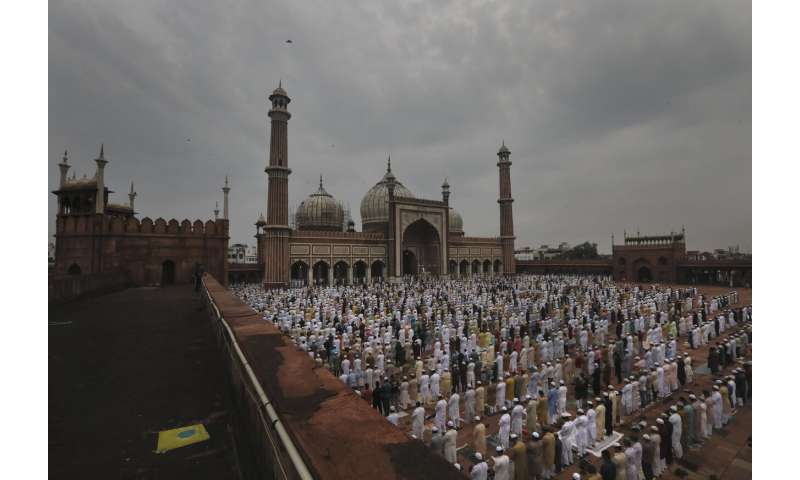 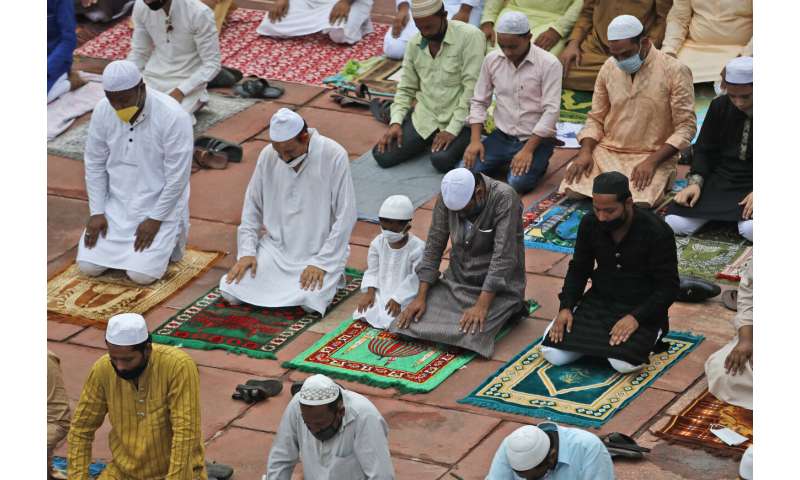 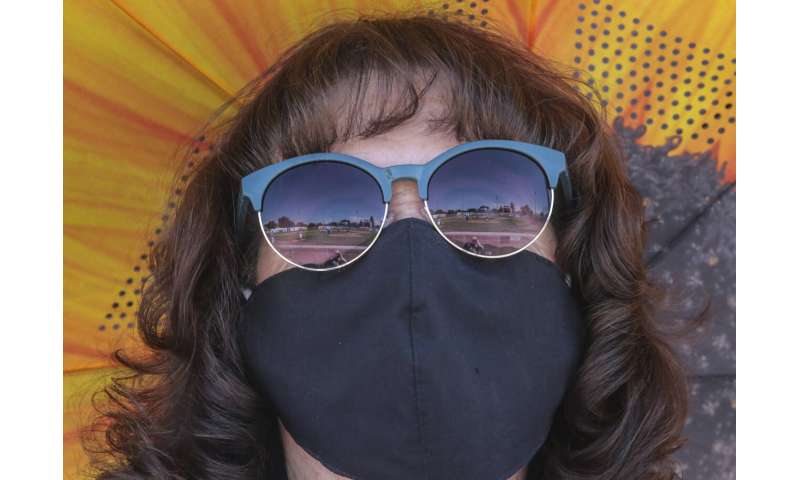 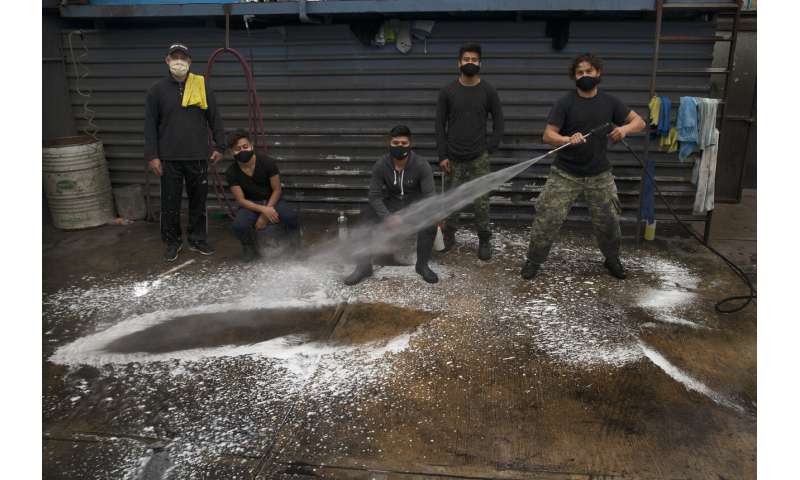 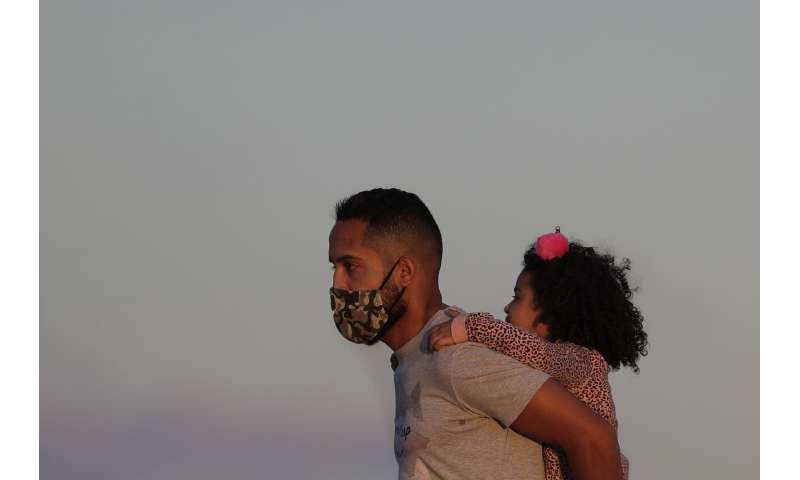 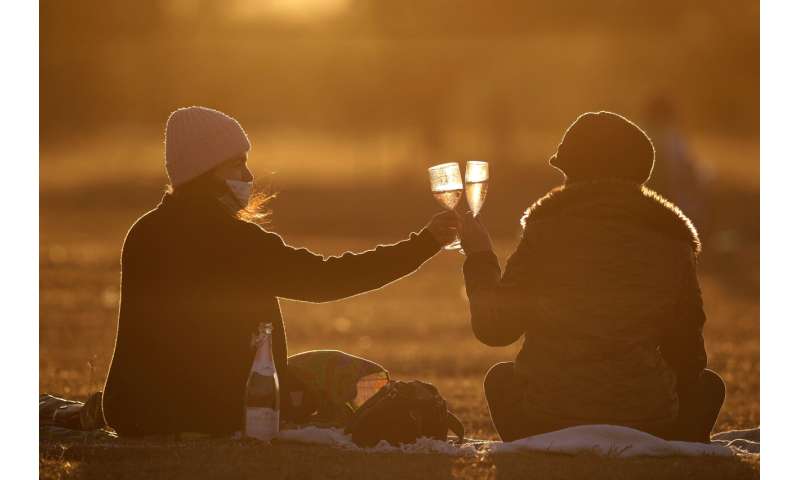 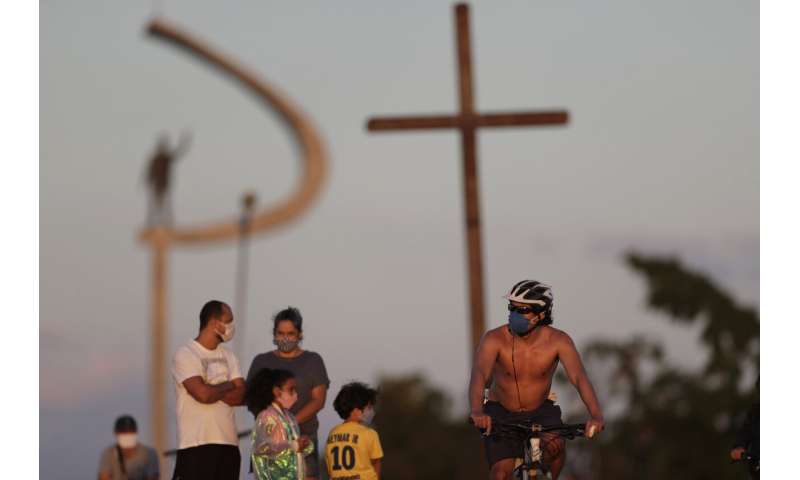 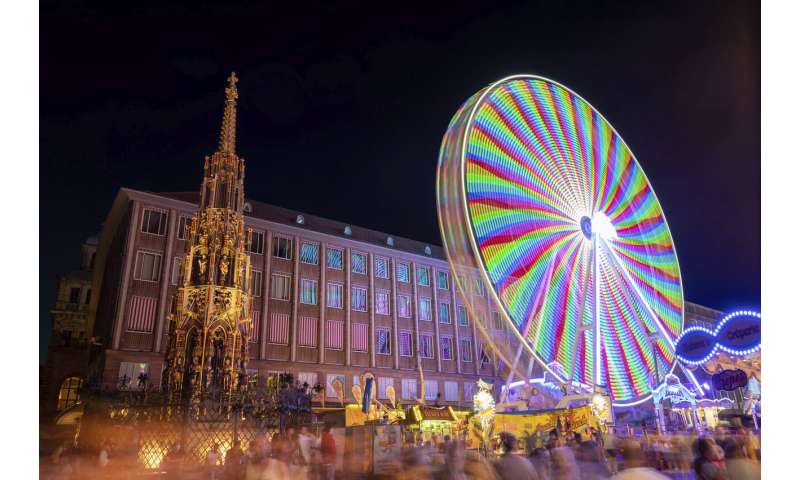 The debate over school openings came as Dr. Anthony Fauci dismissed a tweet by President Donald Trump claiming the U.S. global lead in coronavirus cases is because of increased testing.

Fauci said the scale of the U.S. outbreak is the result of multiple factors, including some states opening up too quickly and disregarding federal guidelines.

On Friday, the head of the World Health Organization predicted the effects of the pandemic will be felt for “decades to come.”