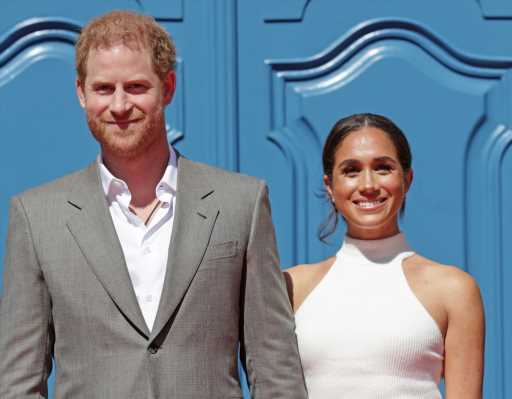 Every parent has dreams for their kids, and Meghan Markle and Prince Harry are no exception. But while some hope for fame and fortune, the Duke and Duchess of Sussex have bigger plans for their son Archie, 3, and daughter Lilibet, 1: being happy.

In a new cover story for Variety, Markle revealed that she hopes her kids find “complete joy” out of life and their careers.

Although the former Suits star said that “my intention is to absolutely not” go back to acting, when asked what she would do if Archie or Lilibet said they wanted a career in entertainment, Markle responded, “I would say, ‘Great!’”

It’s as simple as that. She’s going to be supportive of them.

“When you become a parent, you genuinely want your kids to find the things that bring them complete joy,” she told Variety. “They’re our kids, obviously, and they’re part of a legacy and a tradition and a family that will have other expectations. But I want them to be able to carve out their own path.”

The Archetypes podcast host continued, “If it’s the entertainment industry, great. And also, good luck. There are so many people that will talk about what opened the door for my children. But it still takes talent and a lot of grit.”

But she isn’t focused on creating mini actors. Instead, Markle and Prince Harry are raising their kids to be kind. “We’re creating multidimensional, interesting, kind, creative people. That’s who our kids are,” she told the outlet.

It’s such a testament to who Markle and Prince Harry are. The two love giving back through their Archewell Foundation, opening up about complicated, important topics with celebrity women through the Archetype podcast, and living their lives outside of the expectations that their roles would traditionally bring, even going so far as giving up their royal duties in favor of mental health. The fact that they are focused on raising kind people in spite of their difficulties faced throughout their lives and relationship is inspiring.

In fact, when Variety asked Markle what she wanted most out of her own life, she responded: “Joy. That’s really it. It’s everything that we can work toward for ourselves, our friends, our kids, those around us — that would feel so good. And we do feel joyful.”

We love that! Archie and Lilibet will have no problem finding joy in their life with such awesome role models to look up to.

During her interview, Markle also shared some pretty relatable tidbits into parenting with Prince Harry.

Like many, Markle and Prince Harry work from home. This allows them “to have significant time with our kids at this really special moment in their lives,” according to Markle, who revealed she makes breakfast and they get the kids set for the day before working together in a joint office.

But since they live about two hours outside of Los Angeles, they also have a lot of commuting. On those days, they come prepared with snacks, like all good toddler parents.

“We’re commuters. We drove down recently for a day of back-to-back meetings, equipped with chocolate chip cookies the size of my toddler’s head,” she joked to Variety. That sounds amazing!

They also have a favorite fast-food joint (again, just like the rest of us!) “My husband’s favorite is In-N-Out,” she continued. “There’s one at the halfway point between L.A. and our neck of the woods. It’s really fun to go through the drive-thru and surprise them. They know our order.” So cute!

Markle unwinds in a super chill way: she listens to Beyoncé, watches Jeopardy!, and does Wordle in bed with a glass of wine. At the interview, she had a song stuck in her head from her kids’ favorite tv-show: Ask The StoryBots on Netflix. Variety reported that she was absentmindedly rapping to a track about T-Rex from the Emmy-winning series (it’s actually super catchy — you can watch here).

Meghan and Harry seem to find joy in their lives and careers, so it’s no surprise they want to pass that on to their kids, too. Consider us inspired!

Even royal kiddos love to be read to! Here are some of their favorites.