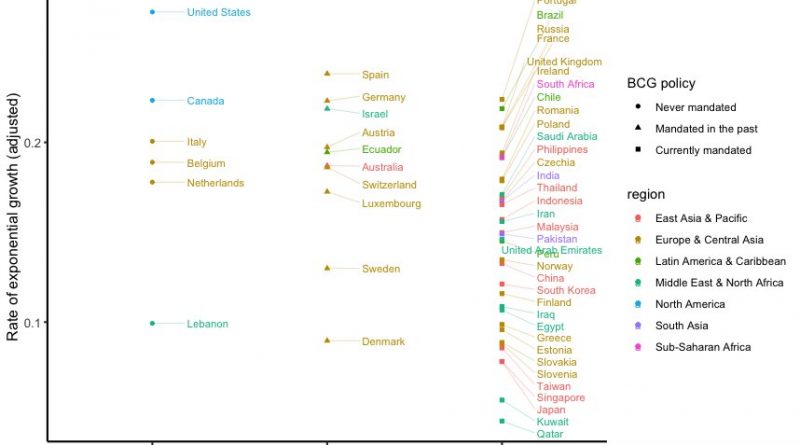 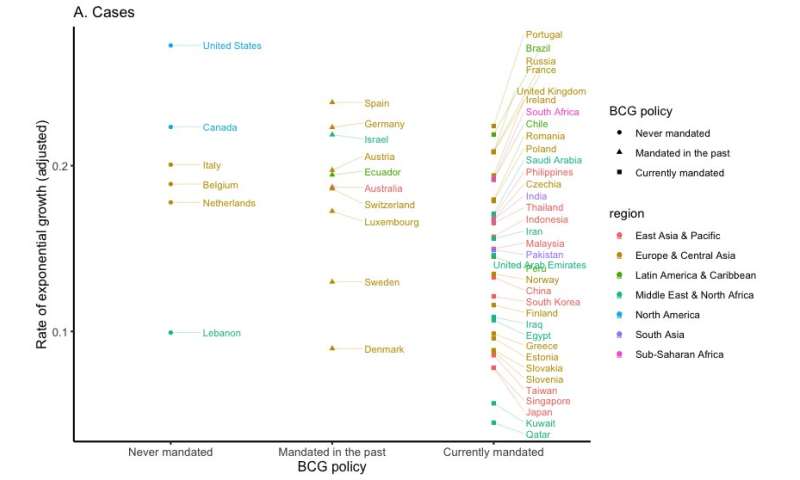 If the United States had mandatory tuberculosis vaccination in place several decades prior, the total number of coronavirus-related deaths might not have reached triple digits by late March.

In fact, according to a new University of Michigan report, the U.S. would have suffered an estimated 94 deaths, which would have been only 4% of the actual death toll of 2,467 in this country on March 29.

The report—titled “Mandated Bacillus Calmette-Guérin (BCG) vaccination predicts flattened curves for the spread of COVID-19″—is an analysis of daily reports of COVID-19 cases and related deaths in more than 50 countries.

Researchers say countries that have a current policy mandating BCG vaccination, a TB vaccine, have significantly slower growth of both cases and deaths, as compared to all other countries.

The preprint article, which is currently under review, builds on prior evidence that the BCG vaccination—typically given at birth or during childhood—offers a long-lasting protective effect not only against tuberculosis but also against various other infectious diseases.

BCG may be effective when a substantial proportion of the population is made resistant to a virus. That is to say, the spread of the virus may be slowed only when there is “herd immunity” that prevents the virus from spreading easily across the population, said Martha Berg, the study’s lead author and a U-M psychology graduate student. 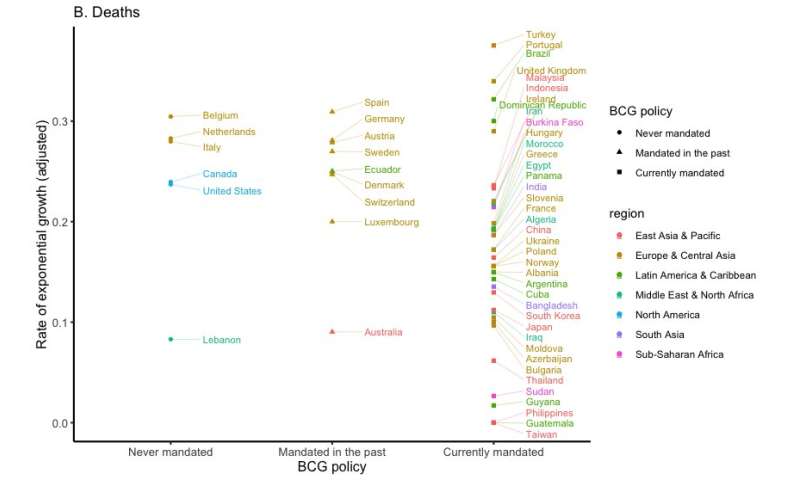 Berg and colleagues analyzed daily reports of confirmed cases and deaths during a 30-day period, modeling differences between growth curves in countries that have mandated BCG policies at least until very recently (such as Brazil, Ireland, France and India) and countries that do not (such as the U.S., Italy and Lebanon).

While the new report contributes to research involving TB vaccinations, it also noted some limitations; for example, some countries may have better quality data regarding the number of coronavirus cases and deaths than others. In addition, since BCG is given early in life, it’s unclear whether the vaccination might be effective when given to adults nor how long it might provide immunity to COVID-19.

“Moreover, it is uncertain whether BCG might have any adverse effects when given to those already infected with COVID-19,” Berg said. “There is an urgent need for randomized clinical trials.”

The study further observed that vaccination may be seen as a prosocial act. People who are not vaccinated can be protected as long as enough other people are, especially in the U.S., which does not mandate BCG.