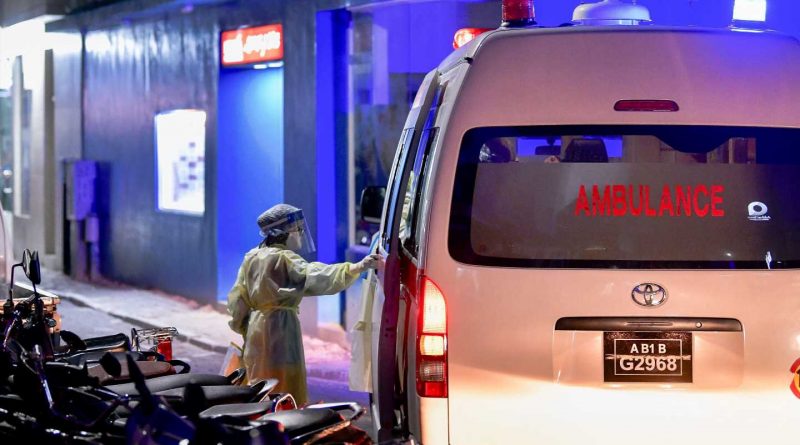 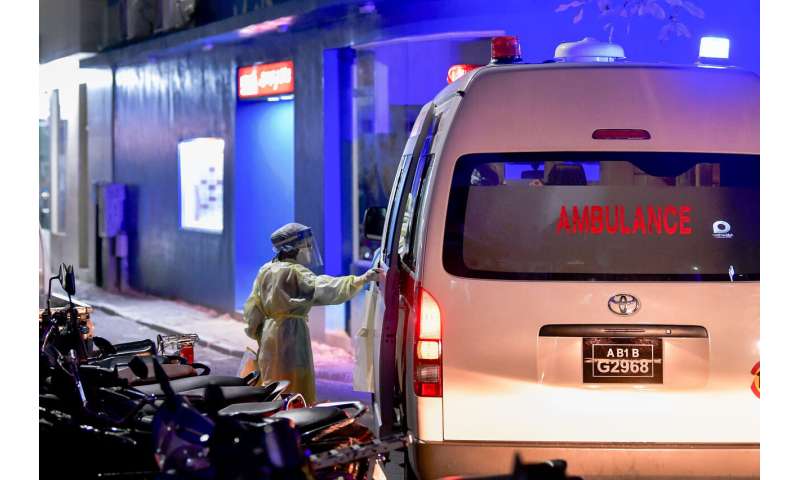 The Maldives, an Indian Ocean archipelago nation with one of the world’s most congested capitals, has seen a rapid rise in coronavirus cases over the past few weeks.

Health officials predict that more than 77,000 people—or a fourth of those currently living in the country—could become infected, with more than 5,000 possibly needing intensive care treatment.

Official figures updated Saturday showed 766 cases, including 743 that are still active. A vast majority of the patients are residents of Male, the capital. Three people have died so far.

The Maldives, known for its luxury tourist resorts, reported its first case of COVID-19 in March, and until mid-April appeared to have contained the virus within the isolated resort islands that had been converted into quarantine centers.

Male is highly congested, housing more than 150,000 people in a 5.8-square-kilometer (2.3-square-mile) area. The government had taken precautions to stop the virus from entering the capital by suspending on-arrival visas and screening people entering through airports and arriving from other islands.

But a patient in Male whose source of infection has not yet been identified triggered an explosion in the number of cases. Six inhabited islands, including Male, are now under lockdown.

“The main hurdle at the moment is the rapid spread of the disease among expatriate migrant workers living in congested accommodation. Many are undocumented, do not report symptoms or are asymptomatic,” said Mohamed Mabrook Azeez, spokesman for the National Emergency Operations Center.

“Physical distancing measures is logistically difficult in place like Male in any situation,” he said.

There are about 60,000 migrant workers, mostly from Bangladesh, working as unskilled laborers in Male, according to Azeez. They also serve as the primary source of couriers to deliver essentials.

Their congested living quarters have been a cause for the rapid spread of the virus, with at least 416 Bangladeshi migrants testing positive, Azeez said. The government plans to relocate some 3,000 Bangladeshi nationals to other islands in the Maldives to enable social distancing, he said. It also plans to repatriate 1,500 unregistered Bangladeshi workers.

Nima Hassan, a Male resident, was in self-isolation with a fever awaiting test results at her home.