Home » Health News » Lung cancer symptoms – do your eyes look like this? The colour you should avoid 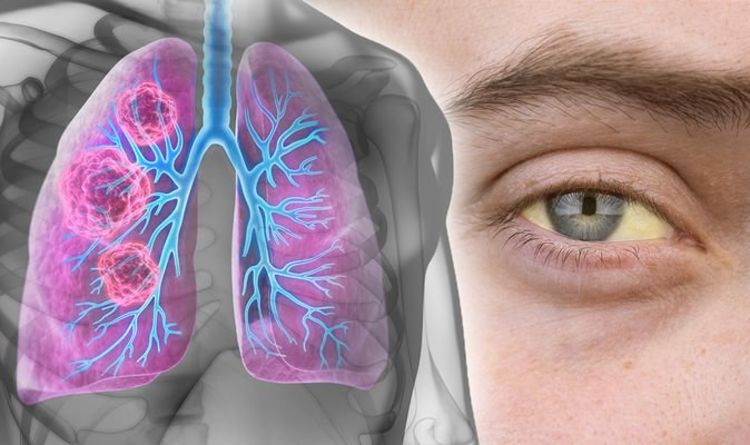 Lung cancer is one of the most serious types of cancer to be diagnosed, as it’s usually difficult to spot until it has spread to other parts of the body. You could be at risk of the disease if you develop yellow-coloured eyes, it’s been revealed.

Lung cancer is one of the most common cancers to be diagnosed in the UK, warned the NHS.

Around 45,000 people are diagnosed with lung cancer in the UK every year.

Signs of the disease only tend to reveal themselves once the cancer has spread through the lungs.

One of the more serious signs of lung cancer is developing a yellowing of the eyes. 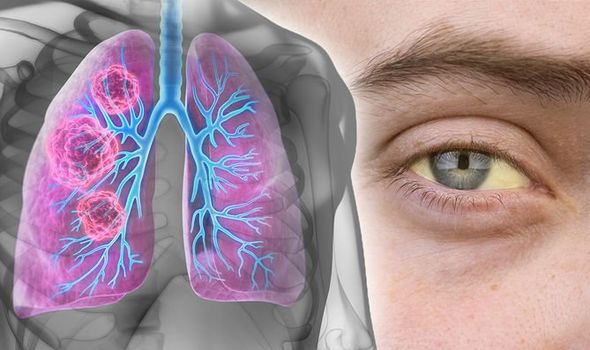 If the whites of your eyes turn yellow, it could be a sign of lung cancer, warned the British Lung Foundation.

The condition is known as jaundice, which may also cause the skin to turn a yellowish colour too.

Jaundice is a common symptom of advanced lung cancer patients.

It’s usually a sign that the cancer has spread from the lungs to other parts of the body.

“You may not have many symptoms of lung cancer until a tumour becomes quite large,” warned the charity.

“This means it might only be discovered when you have an X-ray or scan for a different reason.

“If you have a tumour that has spread outside your lungs, the first symptom might not come from your chest at all.

“In this case, symptoms might include: back pain, bone pain or fracture, confusion, swallowing difficulties, [and] jaundice – when your skin or eyes become yellow.” 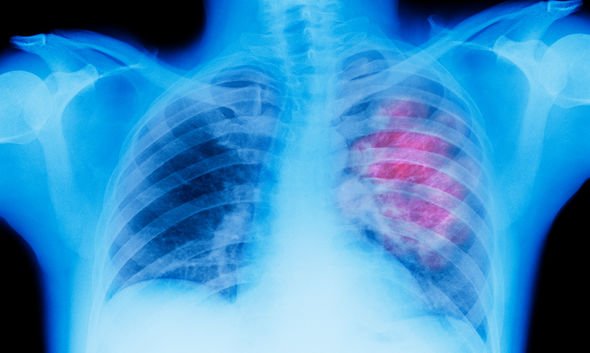 Jaundice is caused by a build-up of a yellow substance known as bilirubin.

Bilirubin is produced in the body during the breakdown of red blood cells.

It usually passes through the liver, but higher than normal levels of bilirubin may indicate that there’s a problem with the liver.

Jaundice may also be caused by gallstones, pancreatitis, hepatitis, or even alcoholic liver disease.

The outlook for lung cancer isn’t as good as other types of cancer.

That’s because the symptoms are usually only spotted in its later stages.

About one in three patients live for at least a year after their diagnosis, while one in 20 live for another 10 years.

Around 45,000 people are diagnosed with lung cancer in the UK every year.