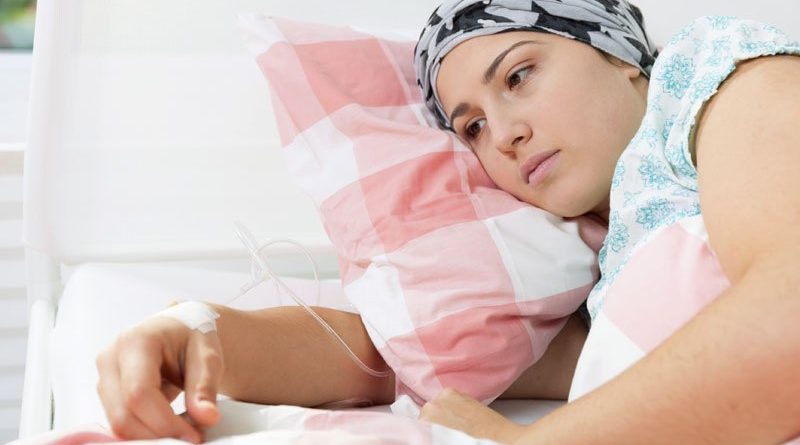 Children and adolescents with leukemia who were placed on a restrictive diet and exercise regimen concurrent with starting chemotherapy showed responses to treatment that were better than those historically seen in such patients.

This apparently improved response suggests it is possible to boost treatment efficacy without raising the dose – or toxicity — of chemotherapy.

“To our knowledge, this is the first study in any hematologic malignancy to demonstrate potential benefit from caloric restriction via diet and exercise to augment chemotherapy efficacy and improve disease response, the authors report.

The study was published online April 1 in Blood Advances

The diet and exercise regimen is a departure from current recommendations for patients with leukemia.

“This was a major paradigm shift — until now, many oncologists encouraged ‘comfort foods’ and increased calories to get through the rigor of chemotherapy,” first author Etan Orgel, MD, of Children’s Hospital Los Angeles and the Keck School of Medicine of USC, told Medscape Medical News.

The results from this pilot trial suggest that “the era of encouraging comfort food should be in the past; over-nutrition is likely harmful, and diet and exercise are important tools to harness during chemotherapy,” he said.

Orgel added that childhood ALL was selected because it is the most common cancer of childhood, but the findings could have potential relevance in other cancer types in children as well as adults.

Commenting on the study, Patrick Brown, MD, director of the Pediatric Leukemia Program at Johns Hopkins University School of Medicine, Baltimore, Maryland, said the findings are important, albeit preliminary.

“I think the most important contribution of this pilot study is to show that it is possible to change the nutrition and exercise habits of children and adolescents during the initial month of treatment for ALL,” he told Medscape Medical News.

“We have to be cautious about the preliminary finding that these changes resulted in deeper remissions — this will need to be confirmed in a larger study,” added Brown, who was not involved with the research.

Orgel noted that a prospective, randomized trial, IDEAL-2, is launching later this year to further evaluate the intervention.

Among children and adolescents who start treatment for B-ALL, as many as 40% are overweight or obese, note the study authors.

Those who are obese have more than a twofold greater risk of having persistent minimal residual disease (MRD) at the end of chemotherapy, considered the strongest patient-level predictor of poor outcome and a common guide for therapy intensification.

The problem is compounded by weight gain that is common during treatment as a result of prolonged chemotherapy and sedentary behavior, they comment.

Participants were enrolled at Children’s Hospital Los Angeles and City of Hope National Medical Center in nearby Duarte. After they were started on chemotherapy, they were placed on a low-carb, low-fat, and low-sugar diet tailored to patient needs and preferences, as well as a moderate daily exercise regimen, and continued on this regimen throughout the 4-week induction phase.

Importantly, after adjustment for prognostic factors, adherence to the intervention was associated with a significant reduction in the risk of MRD, compared with recent historical controls who received the same induction therapy at the same institution, but no intervention (odds ratio [OR], 0.30; P = .02).

The intervention was also associated with a lower detectible MRD compared with the historical controls (OR, 0.16; one-sided P = .002).

“Most importantly, the IDEAL intervention reduced risk of MRD at the end of induction in all patients, irrespective of starting BMI and after accounting for prognostic features,” the authors note.

As many as 82% of study participants achieved the goal of 20% or more caloric deficit throughout the chemotherapy.

“Adherence to the diet was excellent, with caloric deficits and macronutrient goals achieved in nearly all patients, including in the lean group,” the authors report.

Orgel added that families embraced the chance to play an active role in the cancer therapy. “In our view, they couldn’t control their disease or their chemotherapy, but this, they could,” he said.

Conversely, adherence to the prescribed exercise was low — just 31.2%, with the inactivity during the first month likely contributed to the similar loss of muscle mass that occurred in both cohorts, Orgel noted.

“The [low exercise adherence] unfortunately was not a surprise, as it is often difficult to exercise and be active during chemotherapy,” he said.

Key aspects of physical activity will be refined in further studies, Orgel added.

Patients receiving the intervention showed improved insulin sensitivity and reductions in circulating insulin, which are notable in that insulin has been linked to mechanisms that counter chemoresistance, the authors note.

Furthermore, the decreases in insulin were accompanied by notable elevations in circulating adiponectin, a protein hormone produced and secreted by fat cells.

“Adiponectin was certainly a surprise, as until now it did not appear to play a major role in cancer cell resistance to chemotherapy,” Orgel said.

“It is too soon to say they are central to the mechanism of the intervention, but the large differences in adiponectin and insulin sensitivity found in children in the trial have definitely highlighted these as important for future study,” he added.