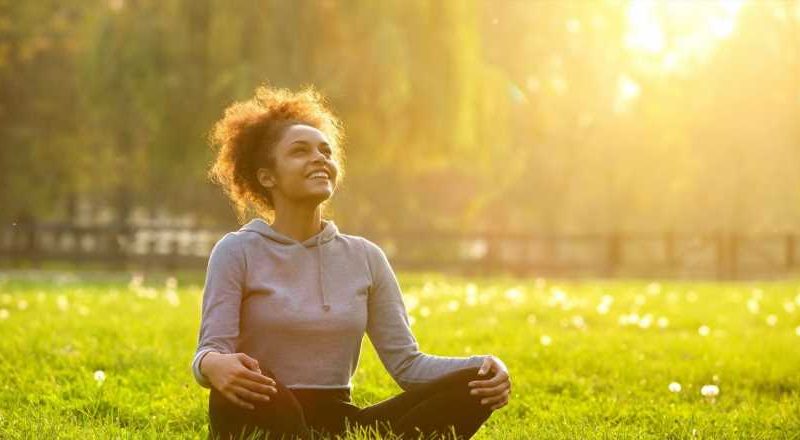 ‘Manifestation’ – the idea that thinking about your goals can help you realise them – has firmly entered the mainstream with different techniques trending on social media. Here, an expert breaks down the 369 manifestation method and explains how to get started with it.

Manifestation has become a huge wellness trend, with videos using it as a hashtag amassing over 9.6 billion views on TikTok. The basic concept behind manifestation is to speak out aims, goals and dreams you want to achieve out loud to spur you to achieve them.

While simply saying what you want out loud won’t automatically make it a reality, manifestation fans credit it with helping them develop a more positive mindset and giving them the drive to achieve their goals through sheer optimism.

To help you reach your goals, you also have to align your actions with the things that you are saying you want. “You can’t manifest a new relationship if you’re not actively trying to meet new people, for example,” Puja adds.

One of the most popular manifestation methods that begin using at the moment is the 369 method, which is a simple technique to make affirmations part of your daily life. The hashtag #369manifestation has over 54 million views on TikTok, with creators explaining the origins of the technique and the ways in which it has benefited their lives.

We asked Puja to break down the basics of the 369 method, including how it works, the different ways in which you can use it and how to ensure it actually helps you change your mindset and your life.

What is the 369 manifestation method?

The 369 manifestation method is based on a theory by Nikola Tesla, a Serbian-American inventor who is known for creating the remote control and discovering radio waves. Tesla believed that the numbers three, six and nine were ‘divine numbers’ and had spiritual significant in terms of the nature of the universe and how humans live.

“The 369 method works in tandem with the law of attraction and numerology,” Puja says, explaining that this technique is used very widely for beginners.

The 369 method works by repeating your chosen affirmation three times in the morning, six times in the afternoon and nine times before you go to bed. “This works because it means your brain receives positive messages as soon as you wake up, you then repeat this in the middle of the day when your brain is at its most productive and complete it at night as you are coming into rest and your subconscious mind will start becoming more active.”

How can I use the 369 manifestation method?

“This method is a palatable way of approaching manifestation if you want to test it out,” Puja says. “It works by repeating positive affirmations in a sequence that your brain recognises in order to replace negative thought spirals.”

Your affirmation should be something that you want, across any area of your life, whether that’s health, relationships or money. It can be as open-ended or as specific as you want, depending on what your goal is. What’s key, according to Puja, is that it is “a strong statement in a positive tone.”

“Manifestations traditionally begin with ‘I have’ but if that phrasing doesn’t sit right with you at first, you can start your manifestation with ‘I want’, like a traditional goal,” Puja says. She suggests that you set a date, maybe a month or two after you have started using the 369 manifestation method, in which you change the phrasing to ‘I have’ when you feel more confident with manifesting and the concept of reaching your goals more generally.

For example, your affirmation might begin as ‘I want to find more happiness in life’ and develop to ‘I have happiness in my life’.

You can say the manifestations in your head or out loud but Puja suggests writing them down in a journal too. “When you see the words written down, it connects your brain to your physical reality,” Puja says.

How will I know if the 369 manifestation method is working for me?

Simply put, you will know if this is an effective manifestation tool for you if your affirmations help you realise your goals. However, Puja says what is equally as important is that you start to feel more positively about your goals.

“If you feel like this method isn’t working for you, it’s probably because you don’t believe that you deserve what you’re trying to manifest,” Puja explains. If this is the case, it might be worth taking a break from this method and taking some time to unpack these feelings, through journaling or therapy.

“Manifesting is all about believing in yourself and you have to get behind your belief system of what you want,” Puja says. If you’re able to do this, the 369 method could be life-changing.