Home » Health News » Lizzo On Dysmorphia, Positivity & Being 'So Much More' Than Body Talk 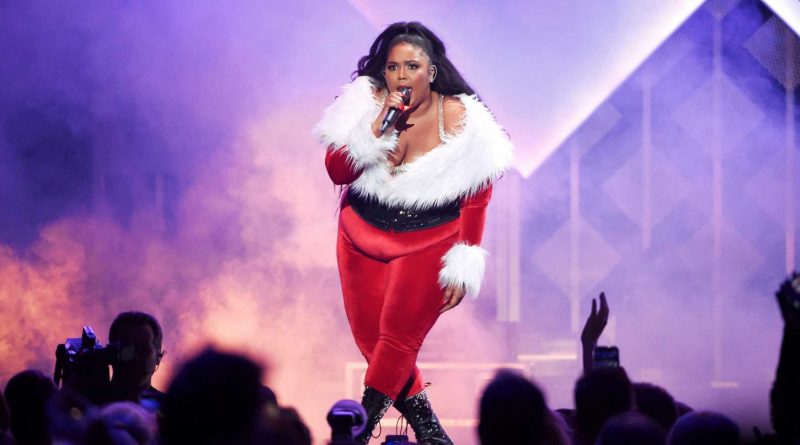 When we talk about body positivity — and the broader fight for people in all kinds of bodies to get to exist happily and without scrutiny — after a certain point, it becomes important for them to have the space to not have to talk about their bodies or to justify the space they take up (a privilege frequently awarded to thin to straight-sized bodies). Lizzo, in her cover story for Rolling Stone, has pretty much hit that place for herself: acknowledging that, yes, she can be a source of inspiration, radical love and healing for others (and she values that) but that her power and her story as a musician and a woman doesn’t start and end with her body.

“I’m so much more than that,” she said. “Because I actually present that [and] I have a whole career; it’s not a trend.”

In recent months, Lizzo’s body became the center of a conversation because of her choice of outfit at a basketball game and then again for some unsolicited fatphobic, concern-trolling and hand-wringing comments from Jillian Michaels during an interview on BuzzFeed’s AM2DM. It was lame and exhausting and called for a re-hashing of old conversations about who feels entitled to comment on others bodies (and why) and the myriad of double standards and far-reaching cultural implications of condoning fat-phobia. (TL;DR: It’s significantly worse for encouraging everyone to have healthy relationships with their bodies, healthy self-esteem and leads to less people getting the accurate, necessary medical care they need.)

She acknowledges that she has struggled with the standards we’re all heavy-handedly fed from the time we start consuming media (in all their toxic, dysmorphia-causing glory) and with pressures from lovers that made her feel like her body wasn’t desirable — but she concludes that so much of her younger years were dedicated to the hard and heavy unlearning of those toxic and negative things so she could be free of them. And as she’s gone on to make a wealth of award-winning music about love, heartbreak, joy, self-care (with plenty of flute in the mix), the constant obsession with and one-sided conversation about her body is more and more obviously an icky societal Us problem than a Her problem. And, now, as the Rolling Stone story makes pretty clear: she’s bored of and exhausted by giving energy, time and words to satisfy or respond to other people’s feelings about her body. (Hard same.)

“I’ve come to terms with body dysmorphia and evolved,” Lizzo said. “The body-positive movement is doing the same thing. We’re growing together, and it’s growing pains, but I’m just glad that I’m attached to something so organic and alive.”

But, again, part of that evolution is allowing Lizzo (and any artist or individual living in a body that isn’t immediately clocked as mainstream) to own being “so much more” than the toxic body narratives that never felt like ours in the first place.