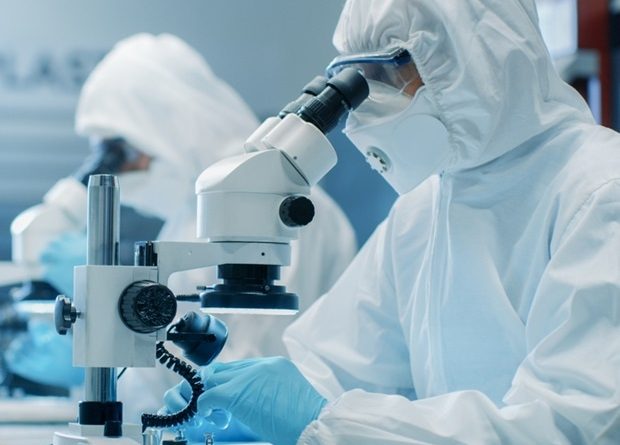 Liposomes can offer a useful method of drug delivery, particularly for the targeted delivery of potentially toxic drugs, and must be manufactured with the appropriate methods to ensure that the liposomes meet the requirements for their intended purpose.

There are several basic strategies involved in the preparation of liposomes for various uses. These include:

The dispersion of the lipids in the aqueous medium is the most variable step in the manufacturing process, with various methods currently in use. These are outlined below.

Sonication is likely the most commonly used method for the dispersion of lipids, particularly for the manufacture of small unilamellar vesicles (SUVs). In this method, either a bath type sonicator or a probe sonicator is used to produce the liposomes passively.

With bath sonication, the liposome dispersion is placed inside the sonicator, which allows for easy control of temperature, in comparison to the probe type. The probe sonication method requires a high input of energy to enhance the dispersion, which creates heat and the vessel must be placed in a water or ice bath to control the temperature.

The sonication method is limited by its low internal volume or ability to encapsulate large molecules. Additionally, the phospholipids and internal molecules may be subject to degradation, resulting in an unsuccessful encapsulation.

The French pressure cell method uses a process of extrusion and pushes multilamellar vesicles (MLVs) through a small orifice to disperse the lipids.

It is more advantageous than the sonication method because the resulting liposomes tend to be larger and it recalls encapsulated solutes longer than SUVs. However, the manufacturing process requires particularly high temperatures and there is a restricted working volume.

In this method, the SUVs are a frozen of a short period and then allowed to thaw over a long timeframe. This disperses the lipids and leads to the formation of large unilamellar vesicles (LUVs). The freeze-thaw method is limited by the concentration of phospholipids and ionic strength of the medium.

Other Methods of Dispersion

There are also several other methods of dispersion, including lipid film hydration, micro-emulsification, membrane extrusion and dried reconstituted vesicles. The preferred method of liposome preparation depends on a number of factors, including:

Each of these factors should be duly considered in the decision of how to manufacture to liposomes in order to produce a product that is well suited to its environment and purpose.

Yolanda graduated with a Bachelor of Pharmacy at the University of South Australia and has experience working in both Australia and Italy. She is passionate about how medicine, diet and lifestyle affect our health and enjoys helping people understand this. In her spare time she loves to explore the world and learn about new cultures and languages.