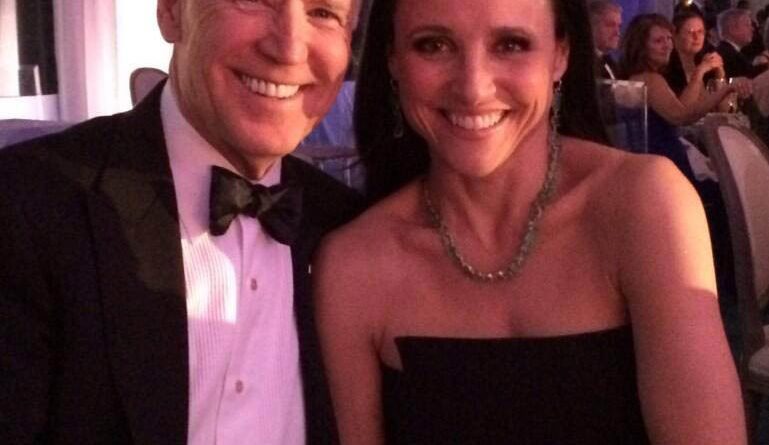 When Julia Louis-Dreyfus was diagnosed with breast cancer in Sept. 2017, “one of the first people” to call and wish her well was none other than former Vice President Joe Biden.

Louis-Dreyfus, who is now in remission, shared details of their call on Thursday night while serving as the host for the fourth night of the Democratic National Convention, when Biden officially accepted the Democratic presidential nomination.

“A couple of years ago, I was diagnosed with cancer and I was absolutely terrified,” the Veep star, 59, said. “One of the first people who called me was Joe. His real warmth and kindness on that call, man, I got to say, it made me cry.”

Louis-Dreyfus then joked that Biden’s opponent for president, incumbent Donald Trump, makes her cry for other reasons.

“Our current president has made me cry too, but it's never had anything to do with his warmth or kindness,” she said. “Joe Biden's empathy is genuine. You can feel it. That's why President Obama asked Joe to head up the Cancer Moonshot. President Obama knows what we all know, Joe Biden understands suffering and loss and sacrifice.”

Throughout the night, Louis-Dreyfus shared many anecdotes about her time with Biden, saying she first met Biden when she was starring in Veep and he was the actual vice president. Biden, who famously took Amtrak back and forth from Washington, D.C. to his home in Wilmington, Delaware, most nights to be with his family, was one of the first to call Louis-Dreyfus when she was on the cover of Amtrak’s Arrive magazine.

“The day it came out, my phone rang and it was the vice president telling me he loved the cover and the whole article and that it was one of the best issues of Arrive he had ever read,” she recalled. “And that is just one of the many reasons that I wanted to be here tonight for Joe, and to remind you that Joe Biden not only knows how to read but also he reads everything.”

Louis-Dreyfus has now been in remission from cancer for about two years, after undergoing a double mastectomy and six rounds of chemotherapy. She told PEOPLE in April that her close friends and family got her through.

“I was surrounded by people who were supporting me,” she said. “That was hugely meaningful, and I needed it. It helped me to believe I was going to get through.”

“I got diagnosed with cancer, and I powered through it, and I came out the other side,” she added. “I’m grateful for all of it.”