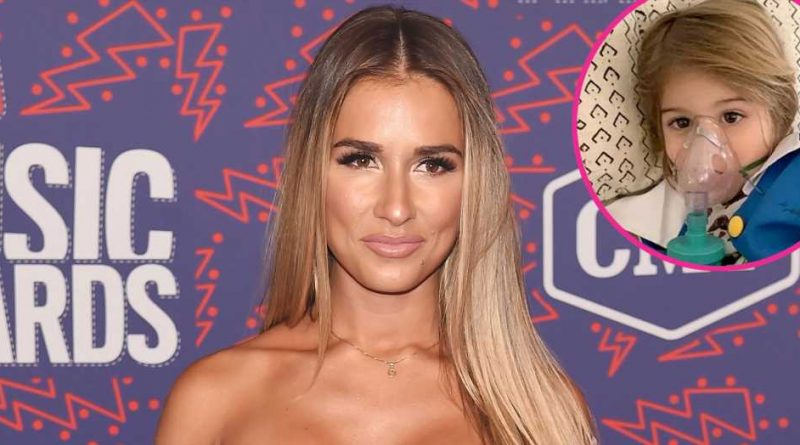 “It’s at the level where he needs to be doing treatments on a daily basis — so, inhaler, nebulizer, all the things — and they’re really hoping he grows out of it,” the singer, 32, said on her Wednesday, February 3, Instagram Story. “Nothing environmental, thank goodness. Nothing that I could’ve done differently.”

While the Kittenish creator initially worried that her toddler’s breathing problems were triggered by allergies, that was not the case. Forrest’s condition is most likely genetic, the fashion designer explained.

“We’re gonna stay on top of it and hopefully it’ll get better, especially with the warmer weather,” the Italy native, who also shares daughter Vivianne, 6, and son Eric, 5, with her husband, Eric Decker, said. “I hope he grows out of it.”

Jessie revealed in January that she had taken her youngest child to the hospital for the third time in six weeks to be “watched overnight.”

The former reality star explained at the time: “Every time he gets a tiny cold, he starts wheezing and his oxygen levels drop and heart rate goes up. Ultimately, I’m being told he has asthma even though he’s pretty young to diagnose. It’s scary to watch his vitals drop, hear his grunting and see his chest struggling so much to take a breath. After he threw up for the third time (I think from coughing so much, no fever), I knew it was time to take him in.”

She went on to call the experience “confusing,” adding, “He was born full term and nine pounds and no issues until last year and becoming more chronic. It breaks my heart when he tells me, ‘Mommy, my chest hurts,’ in his sad little voice. I don’t love to post too much of this kind of stuff because my babies are precious to me. But I’ve had some amazing advice from fellow Insta moms that I genuinely appreciate. So thank you.”

At the time, the Just Jessie: My Guide to Love, Life, Family and Food author posted a photo of Forrest wearing pajamas and using a breathing tube. She went on to call him a “champ” on her Instagram Story.