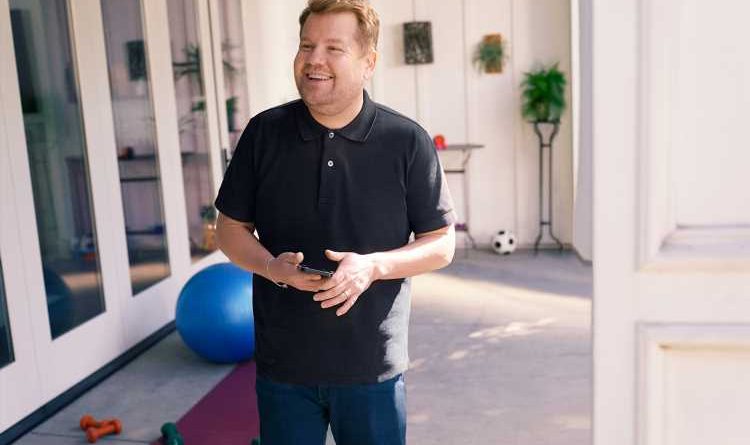 James Corden is 20 lbs. down and feeling good!

The host of The Late Late Show, 42, has wrapped up his third month on WW, formerly Weight Watchers, and is making major progress on his weight loss goals.

Corden says that he's in a much better place this April than usual.

"I used to go on a crash diet every January. By April, any progress I had made at the beginning of the year was already out the window. With WW, it's a different story," the WW spokesperson tells PEOPLE. "I can eat what I love, and the app everything — it keeps me focused. And guess what? I'm down 20 pounds since the start of this year."

"WW has changed my life without disrupting my life," he added.

Corden is set to show off his weight loss in a new add for WW that begins airing Saturday. In it, the dad of three shows how he uses the WW app to track his activity points and meals, and he cooks up his current go-to meal: a chickpea-crust pizza with sausage and broccoli rabe.

The Prom star joined WW in January, explaining that he was "fed up" with his weight.

"I'm fed up with the way I look, I'm fed up with being unhealthy, with 'this is the year I'm doing it,' " he said in a clip announcing his WW partnership. "Because of that, over Christmas, I've eaten everything that's in the fridge because in my head in January I'm starting this diet and it'll be a success. And as you can see it hasn't." Corden said that WW appealed to him because it was "more about wellness, and health and feeling better, rather than just trying to lose a load of weight."

"I want to change the way that I live. I want to be better for my children and for my family," he continued. "I don't want to wake up tired, or feel embarrassed when I'm chasing my son on the soccer field and [I'm] out of breath after three minutes. The weight is not the issue, it's the wellness of it I am ready to tackle. I'm going to take this year and work towards getting healthy."

And in mid-February, Corden shared that he was already down 16 lbs. Speaking with Oprah Winfrey, a shareholder and advisor for WW, he said that he had resisted dieting for years because of the stigma around men and dieting.

"As a man, it's historically seen as [not] very sexy to say that you're on a diet, or it's not very manly somehow to want to make changes in your own health," he said. "Because men drink beer, and we go out, and it doesn't matter what you look like, and all those things."

But Corden has since changed his mind.