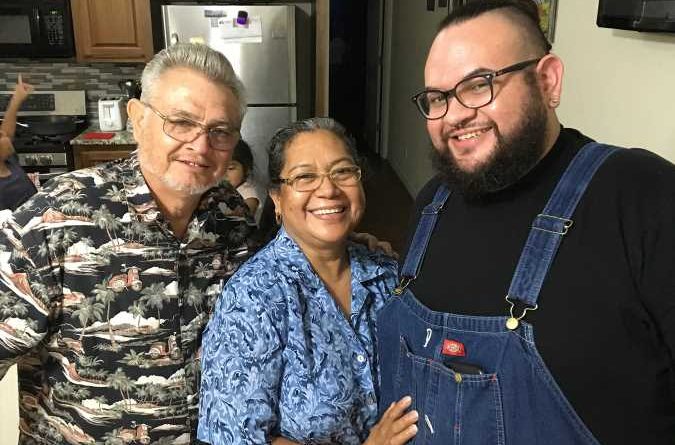 That’s how she knew where her 35-year-old son was.

The traveling nurse had “a tremendous work ethic,” routinely putting in 80 hours a week, said his brother, Daniel.

But when Perea took a job at Lakeside Health & Wellness Suites — a Reno nursing home that has received dozens of safety citations since 2017 from the Centers for Medicare & Medicaid Services — Dominga was “scared silly.”

During Perea’s stint, nearly one-fifth of Lakeside’s residents were infected with COVID-19, according to state health records. Lakeside’s “top priority is the safety of those who live and work in our facility,” a spokesperson said. 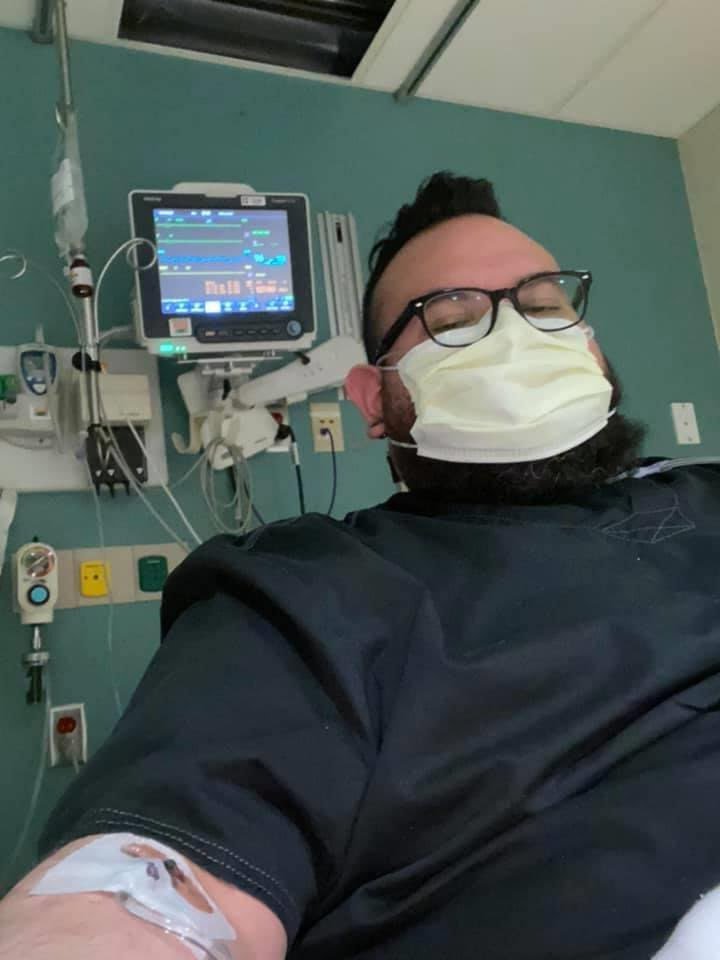 When her son didn’t respond to her text on April 6, Dominga knew something was wrong. Perea had COVID-19. He died days later.

As COVID-19 surges across the country, health care systems continue to suffer critical shortages, especially among non-physician staff such as nurses, X-ray technicians and respiratory therapists.

To replenish their ranks, facilities have relied on “travelers” like Perea. Staff agencies have deployed tens of thousands nationally since March outbreaks in the Northeast.

Now the virus is tearing through rural areas — particularly in the Great Plains and Rocky Mountain states — stressing the limited medical infrastructure.

Rural hospitals have relied largely on traveling nurses to fill staffing shortages that existed even before the pandemic, said Tim Blasl, president of the North Dakota Hospital Association. “They find staff for you, but it’s really expensive labor,” he said. “Our hospitals are willing to invest so the people of North Dakota get care.”

The arrangement presents risks for travelers and their patients. Personnel ping-ponging between overwhelmed cities and underserved towns could introduce infections. As contractors, travelers sometimes feel tensions their full-time colleagues do not. Frequently employed by staffing agencies based thousands of miles away, they can find themselves working in crisis without advocates or adequate safety equipment.

In 2020, the upsides of their jobs — freedom and flexibility — have been dwarfed by treacherous conditions. Now the ranks of travelers are thinning: The work is exhausting, bruising and dangerous. Thousands of front-line health workers have gotten the virus and hundreds have died, according to reporting by KHN and The Guardian.

KHN and The Guardian are tracking health care workers who died from COVID-19 and writing about their lives and what happened in their final days.

On April 17, Lois Twum, a 23-year-old traveling nurse from New Orleans, was one of four passengers on a flight to New York’s John F. Kennedy Airport.

When the self-described “adventure-seeking adrenaline junkie” arrived for her first shift at Columbia University’s Irving Medical Center, she said, she was assigned four patients on a COVID-19 unit. (Intensive care nurses typically care for two or three patients.) As these “constantly crashing” patients required resuscitations and intubations, “there was practically no one to help,” Twum said, because “everyone’s patient was critical.” The hospital did not respond to requests for comment on the workplace conditions and treatment of travelers.

Meanwhile, as hospital employees got sick, quit or were furloughed amid budget cuts, travelers picked up the slack. They were redeployed, Twum said, assigned more patients as well as the sickest ones.

“It was like we were airdropped into Iraq,” Twum said. “Travelers, we got the worst of it.”

But when it comes to navigating workplace issues, “these people can just disappear on you,” said Anna Skinner, a respiratory therapist who has traveled for over a decade. “They are not your friends.”

Caught between the hospitals where they report for duty and remote staffing agencies, their worker protections are blurred.

For instance, under the Occupational Safety and Health Act, providing protective equipment is the agency’s responsibility — but the travelers who spoke with KHN said agencies rarely distribute any. 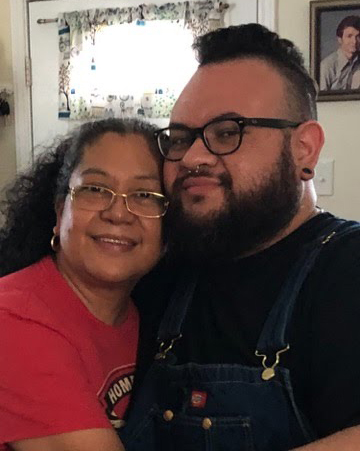 Perea’s family said they believe David did not have adequate PPE. His employer said it was the nursing home’s responsibility to provide it. “It is up to each of our clients to provide PPE to our staff while they are working assignments through MAS,” said Sara Moore, a spokesperson for Perea’s agency, MAS Medical Staffing.

Sometimes travelers are assigned to emergency rooms or intensive care units with which they have little experience. Skinner, a pediatric specialist, said she landed in adult ICUs when deployed to the University of Miami Health System in April. She received an hour of orientation, she said, but “nothing could have prepared me for what I had to deal with.”

Over five weeks, she said, she intubated one patient after another; suctioned the blood pouring into patients’ lungs and out of their noses and mouths; and dealt with families who were aghast, angry and afraid. Under the stress, Skinner said, she couldn’t sleep and lost weight. The hospital did not respond to requests for comment on workplace conditions for travelers.

Travelers often face “incredibly onerous” hurdles to the overtime, sick leave or workers’ compensation they are entitled to under the Fair Labor Standards Act, said Nathan Piller, a lawyer at Schneider Wallace Cottrell Konecky, an employment and business litigation firm.

Even the number of hours they can count on working is out of their control, Skinner said. Contracts reviewed by KHN authorize travelers to work a set number of hours, but only a fraction of those hours are guaranteed, and must be approved by on-site managers. The guaranteed hours may be compensated at rates hovering around minimum wage, and may require working holidays, which are not uniformly recognized.

The terms can be “modified from time to time during employment,” according to the contracts.

Tell Us A Health Worker’s Story

Do you know of a colleague or loved one who should be included in the “Lost On The Frontline” series? Please share their story.

In 2018, AMN Healthcare, one of the country’s largest travel nursing agencies, agreed to a $20 million settlement for wage violations involving nearly 9,000 travelers. Violations “appear fairly commonplace across the industry,” said Piller, who worked on the settlement.

Travelers, Skinner said, are left to advocate for themselves to managers they might have just met — and “complaining just isn’t an option.”

KHN reviewed travel nursing contracts issued by Aya Healthcare, a large staffing agency, and found that any disputes — wrongful termination claims; claims of discrimination, harassment or retaliation; wage claims; and claims for violation of federal, state or other laws or regulations — must be settled out of court, in arbitration.

Officials at the Service Employees International Union, the American Nurses Association and National Nurses United said their constituents have been suspended or fired from traveling worker agencies for speaking to the news media, posting on social media or otherwise voicing concerns about unfair practices. 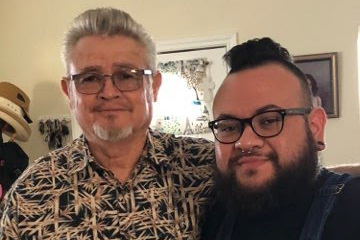 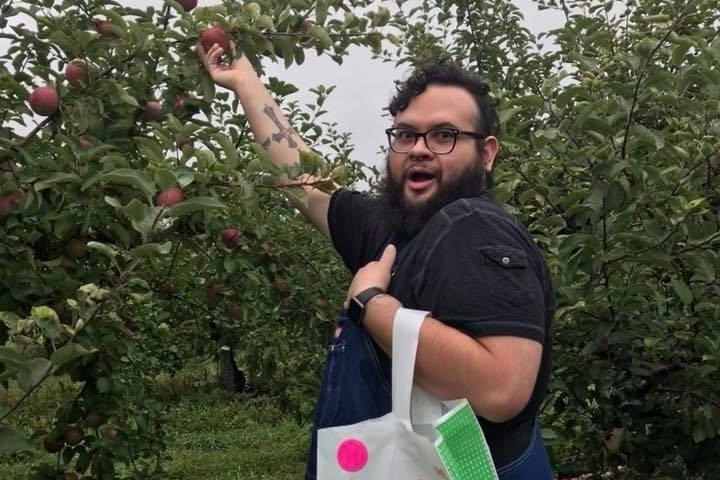 Matthew Wall, a longtime traveling nurse, knows this all too well. In July, two days into his assignment at Piedmont Henry Hospital in Stockbridge, Georgia, Wall said, he reported to hospital administrators “undeniably unsafe” conditions for himself and patients, including inadequate PPE, long hours and high patient-to-staff ratios.

Instead of addressing his concerns, Wall said, the hospital — which is under investigation by the federal government for workplace safety issues after another traveling nurse died of COVID-19 in mid-March — canceled his contract. “Travelers are treated like dog chow,” Wall said. “The second you become a liability, they dispose of you.”

“We continue to closely follow Centers for Disease Control and Prevention guidelines paired with our best practices in patient care and safety for all,” said John Manasso, a hospital spokesperson, who declined to comment on Wall’s case.

Some see an impossible choice. “We all know, if not for us, these patients would have no one,” Twum said, “but watching each other get sick left and right, it makes you wonder, is this worth my life?”

Skinner, for her part, took a job as a staff nurse in Aspen, Colorado. After his current contract in New Orleans ends, Wall is planning a break from nursing.

Dominga Perea finally received a text back the night of April 6: “Don’t panic, Mama, I have the COVID.

She saw David over FaceTime on Easter. “He struggled even eating mashed potatoes” she said, “because he couldn’t breathe.” The next morning he went on a ventilator and never woke up.