Home » Health News » Is honey really a miracle cure for coughs and colds? 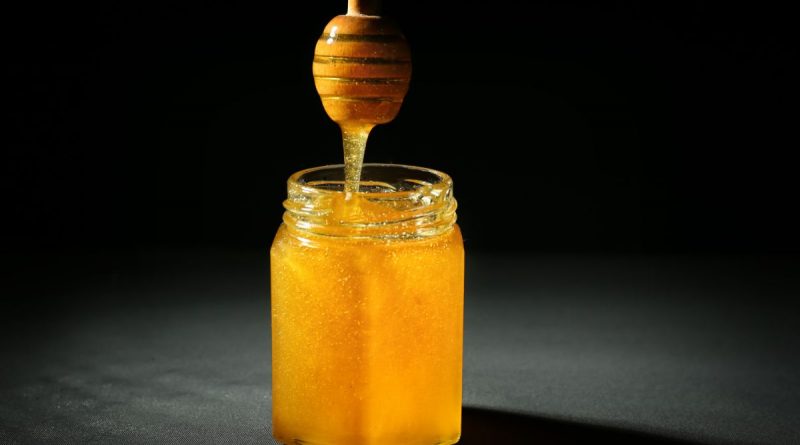 Is honey a better treatment for coughs and colds than over-the-counter medications and antibiotics? A new review of research says yes — though with the caveat that over-the-counter medications don’t actually offer much relief for sore throats, hacking coughs and sniffling noses. In other words, the bar for success isn’t very high. (And antibiotics do absolutely nothing for viral infections such as colds.)

Treating colds with honey may sound a little hippie-dippy, but it’s been a standard recommendation from doctors for children for at least a decade. The research on adults and honey is a bit murkier: Only five out of the 14 studies in the new research review, which was published Aug. 18 in the journal BMJ Evidence-Based Medicine, included adult patients, and several of those studies included combination treatments like honey in coffee, or honey-and-herbal syrups. (Some of the underlying research was also funded by a honey company.)

Researchers aren’t sure why honey might help treat cold symptoms, but it could have to do with its antioxidants or the fact that it’s viscous and thus coats an irritated throat. Nevertheless, treating respiratory symptoms with honey is a low-risk endeavor. Honey is also cheap and readily available, said study author Hibatullah Abuelgasim, a fifth-year medical student at the University of Oxford in England.

“First, do no harm,” said Ian Paul, a professor of pediatrics at the Penn State College of Medicine, who was not involved in the review but has done research on honey and coughing in children. Cough and cold medications have side effects, Paul told Live Science, and they don’t work well.

The bottom line? Don’t expect honey to work miracles, but don’t dismiss it, either. It may make the experience of getting over a nasty cold just a little less miserable.

Honey has long been a home remedy for soothing sore throats and calming coughs — both of which can be grouped as infections of the upper respiratory tract. It’s particularly well-known as a respiratory infection treatment in Ayurveda, the healing tradition of India’s ancient Vedic culture. And honey mixed with hot water and lemon is up there with chicken soup in the pantheon of cold cures that grandma would make.

In 2004, Paul and his colleagues published a study in the journal Pediatrics finding that the two commonly used over-the-counter cough medicines used in children, dextromethorphan and diphenhydramine, did not work better than a placebo at helping kids with coughs to feel better and sleep at night. And the two drugs had side effects, including drowsiness for some kids and difficulty sleeping for others.

“Parents at that time asked me, ‘Well, where can I get that placebo?'” Paul said. “They wanted to give something.”

So in 2007, Paul and his team followed up with another study, also published in Pediatrics, comparing dextromethorphan, honey and no treatment in nighttime cough in 130 kids. They found that honey consistently scored best for reducing cough frequency and severity and improving nighttime sleep over both dextromethorphan and no treatment, according to parents’ ratings.

That study was partially supported by the industry-funded National Honey Board, but the grant was unrestricted, meaning the money was given by the board with no input as to what kind of research it would be used on.

Other research in kids has shown similar results, including a double-blind, placebo-controlled and randomized study published in Pediatrics in 2012. Double-blind means that neither the children, their parents nor the researchers knew if the kids were getting honey or a flavored placebo, in this case silan date extract. On night one, the children got no treatment, and on night two they got either one of three honey products or a placebo. All the groups, including the placebo group, felt better on night 2, the researchers reported, but those who got a honey-containing product reported the most improvement. (This study was also partially funded by a honey industry group, which again did not have any say in the design or process of the research.)

In April 2018, the charitable organization Cochrane released a review on all research on honey and cough in children and concluded that honey probably helps reduce cough symptoms and improves night sleep more than a placebo in kids. (However, honey should never be given to children under the age of 1 because of the risk of infant botulism.)

The new review, led by Abuelgasim, comes to the same conclusions for all ages. Honey is an especially good alternative to prescribing antibiotics, they wrote; most upper respiratory tract infections are the result of viruses, and antibiotics do nothing against viral infections. In addition, overuse of these drugs leads to antibiotic resistance in microbes. Previous research also finds that there’s no great evidence for over-the-counter cough medicines working in adults, according to a 2014 Cochrane review.

The new review drew on several studies on honey in adults. One was a double-blind, randomized control trial in Iran that compared honey plus coffee to a steroid or to the expectorant guaifenesin (sometimes sold under the brand name Mucinex) for adults with a persistent cough lasting more than three weeks after a respiratory infection had cleared up. The honey and coffee treatment proved to reduce the frequency of coughing the most, the researchers reported in Nature Primary Care Respiratory Journal. Another study, published in the National Journal of Physiology, Pharmacy and Pharmacology, found that patients with a sore throat felt better faster when given honey, anti-inflammatory drugs, antibiotics and antiseptic gargles than when given all of those treatments without honey. In another study, published in the journal Ayu, a honey-containing Ayurvedic cough syrup performed as well as a typical over-the-counter cough syrup in adults.

“A strength was that the majority of studies we included were randomized,” Abuelgasim said, referring to the practice of assigning patients to different treatment groups at random. “Weaknesses were that some studies had relatively small sample sizes, and some were not blinded,” so participants and/or the researchers knew what treatment each person received.

Not blinding a study by hiding what treatment patients are getting is a possible source of bias. The researchers found other potential sources of bias in the studies they reviewed, including incomplete data due to participants dropping out of the study, and selection bias, which occurs when the individuals studied aren’t representative of the larger population.

One unanswered question is why honey would help soothe cold symptoms more than over-the-counter medicines. A possibility is that the antimicrobial ingredients in honey directly fight the pathogen causing the cold, Paul said. Another is that honey is viscous and coats and soothes an irritated throat. Honey — like most cough syrups — is also sweet, and the part of the brain that processes sweetness is near the part of the brain that controls cough, so there may be some interaction of nerves or neurotransmitters that calms cough in response to sugary flavors, Paul said. Sweetness also causes salivation, which might thin mucus.