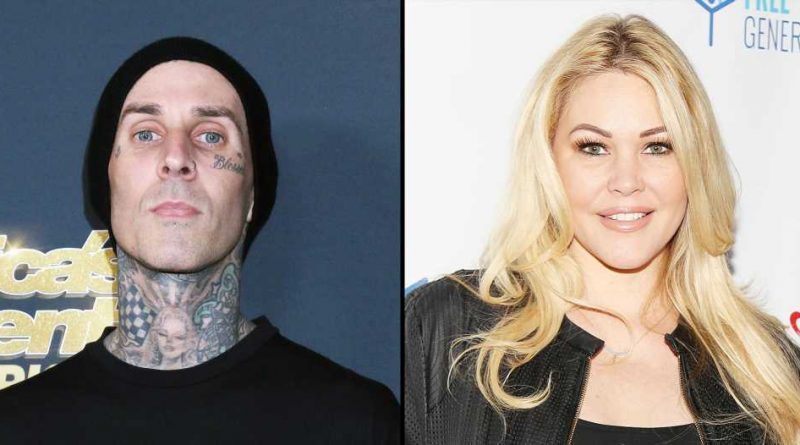 Keeping the past in the past! Travis Barker is still on good terms with his ex-wife, Shanna Moakler, 13 years after their divorce.

“Travis and Shanna are in a very good place coparenting their children,” a source exclusively tells Us Weekly, referencing the former couple’s 17-year-old son, Landon, and 15-year-old daughter, Alabama. “She wishes Travis all the best.”

The Blink-182 drummer and the model, both 45, tied the knot in October 2004. After welcoming their two kids, Barker filed for divorce in August 2006. The pair’s separation was contentious at times as they battled over custody issues, but they had a tough time staying apart from each other. They infamously got back together several times and attended events including the 2007 MTV Video Music Awards as a couple.

After calling it quits again, Barker and Moakler finalized their divorce in February 2008. However, they surprised fans once more the following year when they attended a pre-Grammys party together.

Only two months later, however, the Meet the Barkers alums split again.

Barker and the former Playboy Playmate have since moved on. News broke in January that he started seeing longtime friend Kourtney Kardashian, while the source tells Us that Moakler is “still dating a younger, very handsome model named Matthew Rondeau.”

The Hollywood Exes alum subtly reacted to her ex-husband’s budding relationship with the Keeping Up With the Kardashians star, 41, via Instagram on Tuesday, February 16. E! News reported that Moakler “liked” a since-deleted comment that read, “Shhhhiiiii that broad don’t got nothin’ on you. Travis downgraded big time.”

Kardashian shares three children with her ex-boyfriend Scott Disick: sons Mason, 11, and Reign, 6, and daughter Penelope, 8. A source exclusively told Us last month, “Travis and Kourtney’s kids are very close. They became friends living in the same neighborhood and hang out a lot. Their kids’ friendship had Kourtney and Travis spending a lot of time together.”

Us Weekly has reached out to reps for Barker and Moakler for comment.

With reporting by Diana Cooper