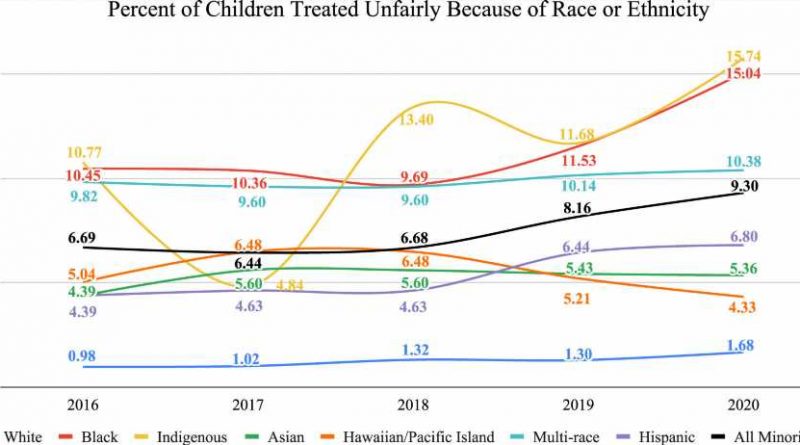 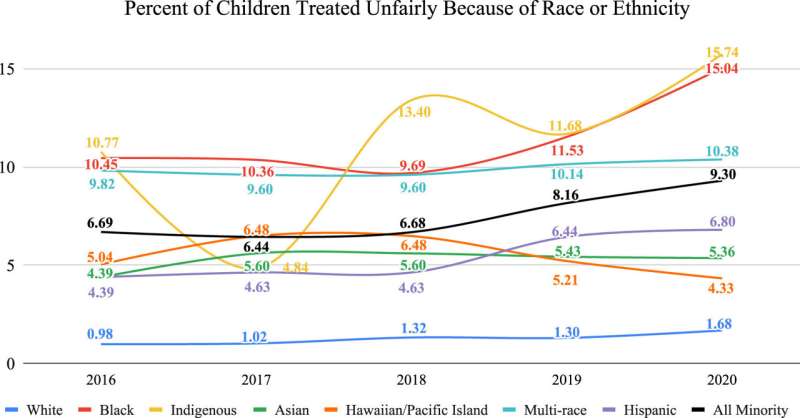 Parental reporting of racism experienced by children in minority groups in the U.S. increased by 2.6% between 2016 and 2020, according to new research published in the open access Journal of Osteopathic Medicine. The most impacted groups were Indigenous and Black children, with 15% reported as experiencing racism in 2020.

These findings are especially important because exposure to discrimination in early childhood is well-established as an adverse event that can have long-term consequences on health.

The researchers, led by Dr. Micah Hartwell at Oklahoma State University College of Osteopathic Medicine at the Cherokee Nation, and Amy Hendrix-Dicken of the University of Oklahoma (Tulsa) School of Community Medicine, used data from the US National Survey of Children’s Health (NSCH) collected annually by the US Health Resources and Services Administration’s Maternal and Child Health Bureau (HRSA MCHB). In the years investigated in the article, the NSCH sample sizes ranged from 21,599 to 50,212 participants nationally, and from 343 to 3,039 per state.

Using a cross-sectional analysis of the raw NSCH data, the researchers found that racial/ethnic discrimination reported by parents of children from minority groups increased from 6.7% in 2016 to approximately 9.3% in 2020. Indigenous children were reported to experience discrimination at high rates ranging from 10.8% in 2016 to 15.7% in 2020.

For Black children the values ranged from 9.69% in 2018 to 15.04% in 2020. The percent of Asian, Hawaiian or Pacific Islander and Hispanic children reported to have experienced discrimination was between 4.4% and 6.8% during this time.

“Identifying ongoing trends in childhood experiences of racial discrimination can highlight potential policy and media changes that could mitigate the harm caused,” says Hendrix-Dicken. “Our study underlines the need for clinicians to expand their anti-racism resources and also highlights the role culturally competent health care can play in lessening the effects of adverse childhood experiences with racism.”

The first step to solving any issue is recognizing there is a problem to begin with: “As an Indigenous person myself, perhaps the most personally significant and surprising finding is the rate at which Indigenous children are experiencing discrimination,” Hendrix-Dicken continues. “This is an often overlooked group when discrimination is discussed.”