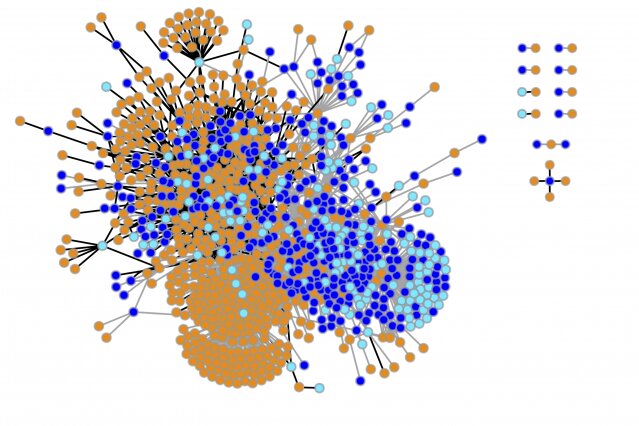 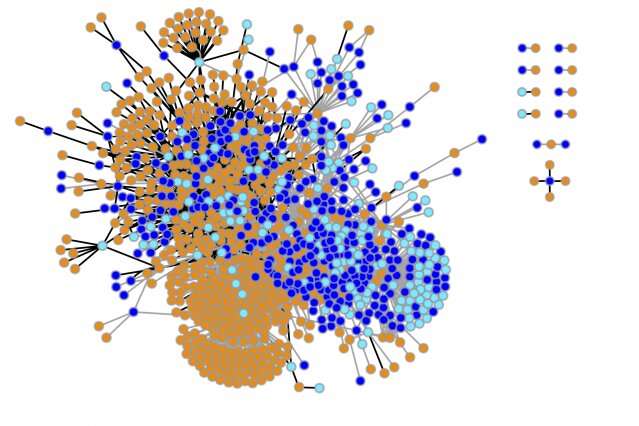 The average medication contains a mix of eight “inactive” ingredients added to pills to make them taste better, last longer, and stabilize the active ingredients within. Some of those additives are now getting a closer look for their ability to cause allergic reactions in some patients. But now, in a new twist, MIT researchers have discovered that two other inactive ingredients may actually boost medication strength to the benefit of some patients.

In a study published March 17 in Cell Reports, researchers report that vitamin A palmitate, a common supplement, and gum resin, a popular glazing agent for pills and chewing gum—could make hundreds of drugs more effective, from blood-clotting agents and anti-cancer drugs to over-the-counter pain relievers. They also outline a method for using machine learning to find other inactive ingredients with untapped therapeutic value.

“Anything you ingest has a potential effect, but tracing that effect to the molecular level can be a Herculean effort,” says the study’s senior author Giovanni Traverso, an assistant professor in the Department of Mechanical Engineering and a gastroenterologist at Brigham and Women’s Hospital. “Machine learning gives you a way to narrow down the search space.”

The researchers chose to focus their search on two proteins in the body known for their outsized role in drug delivery: the transporter protein P-glycoprotein (P-gp) and the metabolic protein UDP-Glucuronosyltranferase-2B7 (UGT2B7). One or both are involved in modulating the effects of 20 percent of the nearly 1,900 drugs approved by the U.S. Food and Drug Administration (FDA).

The researchers wanted to know if any of the FDA’s 800 approved food and drug additives would skew the functioning of either protein. Screening all 800 compounds by hand would be tedious and expensive. So, instead, they built a computer platform to do the work for them, adapting a method used by pharmaceutical companies to rule out drug-on-drug interactions.

They fed the system the chemical structures of the FDA’s 800 inactive ingredients, as well as millions of drugs and other compounds known to interfere with enzyme functioning. They then asked the platform to predict which food and drug additives would be most likely to disrupt P-gp and UGT2B7 and alter a drug’s potency by letting more into the body, in the case of P-gp, or slowing its exit, as in UGT2B7.

The researchers next moved to physically test the computer’s predictions in the lab. In one experiment, they gave mice vitamin A-fortified water followed by a normal dose of the blood-clotter, warfarin. With a simple blood test, they confirmed the mice had absorbed 30 percent more medication, a strong indication that vitamin A had improved the uptake of warfarin.

In a second experiment, they treated a small slice of pig liver with a substance that loses its ability to fluoresce as UGT2B7 digests it. When abietic acid was added, the substance continued to fluoresce. Drug developers use the test to confirm that a drug acts as an enzyme inhibitor, and here, researchers confirmed that abietic acid had, in fact, targeted UGT2B7 as predicted. Though no actual drug was tested, the results suggest that if gum resin were taken with a common pain reliever like ibuprofen, it could increase its strength, Traverso says, much as vitamin A had for warfarin in mice.

Machine learning methods are increasingly helping to identify and design new drugs. In a recent discovery, MIT researchers used a deep learning algorithm to find an entirely new antibiotic in the Drug Repurposing Hub, a database of compounds approved, or under review, for human use. Hiding in plain sight as a proposed diabetes treatment, the compound was identified because the algorithm had no preconceived ideas of what a bacteria-killing agent should look like.

Much like the Drug Repurposing Hub, the FDA’s inactive ingredient list is a big draw for drug developers. The ingredients are already on the market, even if they have yet to be approved for a new use, says the study’s lead author, Daniel Reker, a Swiss National Science Foundation postdoc at MIT’s Koch Institute for Integrative Cancer Research. If a promising biological association is uncovered, the discovery can be moved quickly to clinical trials. It can take years, by contrast, to test the safety of new molecules synthesized or discovered in the lab.

“While further tests are necessary to understand how strong these effects are in humans, our algorithms drew new conclusions that could have immediate impact,” says Reker. “Drug discovery is such a long and costly process, we’re excited that machine learning can help to improve the odds.”

The team became interested in the hidden effects of inactive ingredients after a patient of Traverso’s with celiac disease grew sicker after taking a drug later found to contain gluten. Traverso and his colleagues wondered what other supposedly inert ingredients might be affecting patients.

Sifting through the ingredient lists of some 42,000 medications sold in the United States, they found that more than half contained at least one type of sugar that people with irritable bowel syndrome are told to avoid; 45 percent contained lactose; and a third contained a food dye linked to allergic reactions. Though one pill might not contain enough of an ingredient to cause trouble, it could add up in patients on multiple medications, the researchers warned. They reported their findings last year in Science Translational Medicine.

In the current study, the researchers chose to explore the therapeutic value of those same ingredients. Comparing the chemical structures of the 800 “inactive” ingredients with nearly 1,900 approved drug compounds, they found a surprising amount of overlap in their chemical structures and properties. That motivated them to try and predict the biological effects of all 800 ingredients. In the end, they found thousands of previously undocumented effects, an indication that other beneficial compounds beyond vitamin A palmitate and gum resin may be awaiting discovery.

If confirmed in clinical trials, vitamin A and gum resin could be added to hundreds of drugs modulated by the P-gp or UGT2B7 proteins, including cancer-fighting drugs, to improve uptake of the medicine or reduce the amount needed in formulations, the researchers say. Vitamin A, gum rosin, and compounds like them, might also be a starting point for entirely new drugs.